The Daily Nexus
Tennis
UCSB Heads to Georgia for NCAA Indoor Championships
January 20, 2016 at 6:02 am by Daniel Moebus-Bowles 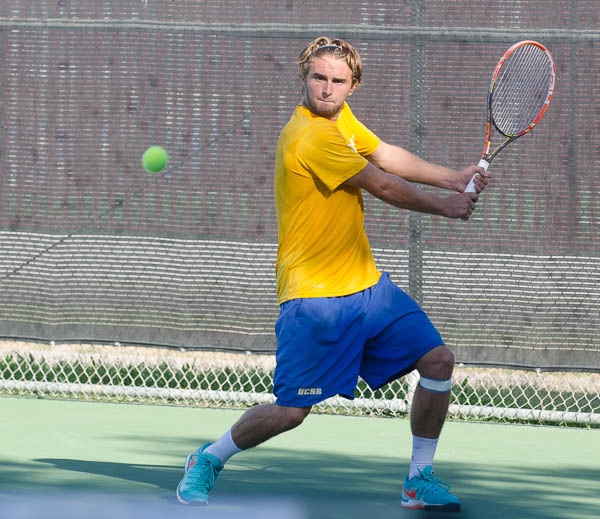 ​After opening up the dual match season this past week, the No. 54 UC Santa Barbara Men’s Tennis team will look ahead to its next challenge this weekend, the NCAA Indoor Championships. The Gauchos will head south to Athens, Georgia to play host school, No. 7 Georgia, in the first round.

​The team currently holds an overall record of 1-2 after its first road trip where the team defeated No. 61 Washington but fell to No. 12 Texas and No. 49 Oregon.

​The Gauchos started off the season on a high note defeating a tough Huskies team by a slim score of 4-3 in walk off fashion. In the match, the Gauchos won two of the three doubles competitions and three of the six singles matches on the day including some heroics from senior Nathan Eshmade.

​Eshmade reeled in both his singles and doubles matches despite his opponent holding service with just one more game needed for the win in each match. Alongside partner senior Miles Seemann, the Gaucho duo battled back to tie the match at 6-6, forced a tiebreak, and eventually came out on top 7-6 (8).

On the singles side, Eshmade dropped the first set and faced a close second set where his opponent held the match in his hand. Down 5-4, the senior grinded his way back to a 6-6 tie once again and stole the second set 7-6(7) to force the last set of the match. With all of his teammates gathered around for the match closing set, Eshmade defeated the Husky player convincingly, 6-1 to seal a win for the Gauchos in their first match.

The Gauchos did not have as much luck with their next two opponents, No. 12 Texas and No. 49 Oregon as they only were able to win two of their six doubles matches and just one of their 12 singles matches. The team was downed 6-1 to the Longhorns and 7-0 to Oregon. After dropping two straight the Gauchos will have to bounce back as their competition will only get tougher in this weekend’s event at a prestigious early season tournament.

This weekend the Gauchos will first face No. 7 Georgia and the Bulldogs will head into that match with a clean record as this will be the team’s first dual match of the season. Following this matchup the Gauchos will either face No. 36 Louisville and No. 45 Memphis who come in with records of 3-1 and 0-1, respectively.

The Gauchos will open up the NCAA National Indoor Championships with the Bulldogs this Saturday at 10am in Athens, Georgia.