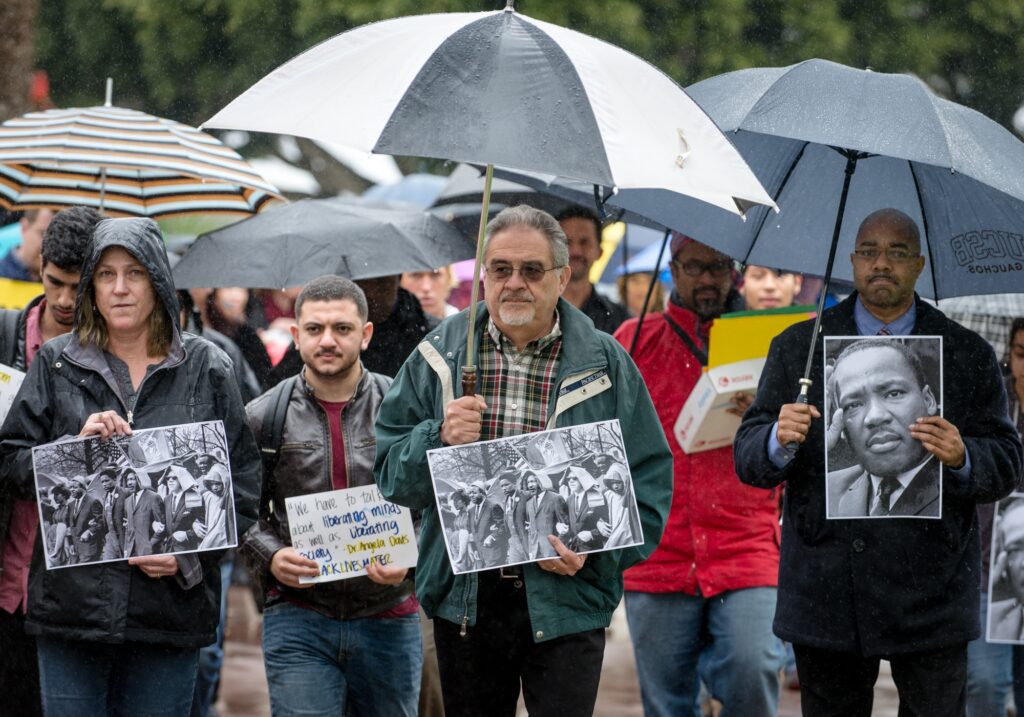 More than 40 students and faculty members marched through the rain Tuesday as part of UC Santa Barbara’s annual silent march in honor of the Rev. Dr. Martin Luther King Jr.

Attendees marched from Cheadle Hall to Storke Plaza, passing through North Hall, the site of an occupation by the Black Student Union in 1968 which lead to the creation of the Black Studies Department in the UC system. Five people spoke Tuesday on King’s message and legacy.

LaDonte King, assistant director for government affairs, used the weather to emphasize the resilience of the marchers.

“We’re battling the elements,” King said. “Whether it be rain, racism or injustice, we stand strong in spite of it all. Today’s march is an example of that.”

King said the march is mostly silent in order to minimize distraction and honor the movement.

When the group stopped at North Hall, Aaron Jones, the president of the Graduate Student Association, explained the importance of North Hall.

“I imagine everyone who woke up that day [in 1968] — with the exception of a select few — had no idea that by the time they rose, 12 students had walked into this building at six o’clock in morning and told the folks there, ‘you’re going to have to leave,’” Jones said.

Jones said that the act of “nonviolent civil disobedience” had an effect larger than the pictures that now adorn the walls of North Hall. 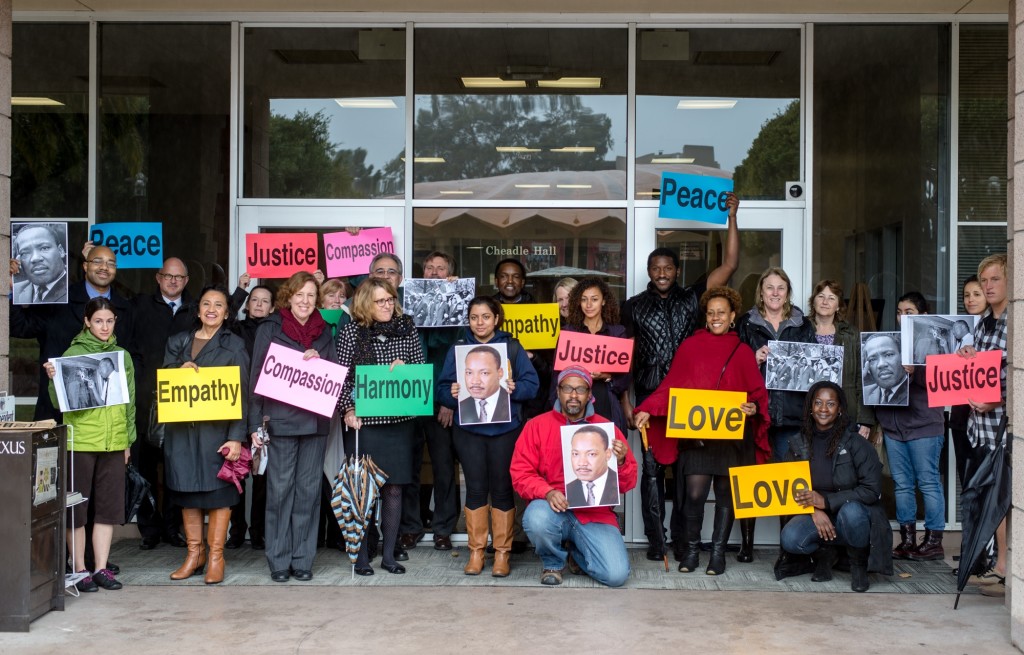 “I think often about how Dr. King must’ve felt in all these different moment of his life. Harassment from the FBI, the threat of violence from white supremacists,” Mirza said. “It must have been difficult to live life in such a way where you’re constantly worried about your own morality and not being able to know whether or not you would live to see the next day.”

“What I’ve learned is that when you’re afraid is when you have the greatest capacity to show how much courage you have,” Mirza said.

Felice Blake, professor of English, asked, “Why do we fail to act?” to urge students to be proactive in their activism.

“Why do we believe in self-consciousness? Why do we act against and sometimes in opposition to the truth that we know?” Blake said. “We know that racism exists, we understand that poor people are in the world, but what makes it so hard for us to act on that truth?”

As a staff member, it was a pleasure to be part of such an important event in honor of an important individual. Despite what this article indicates, I just wanted to acknowledge that staff was present in full force as well.