IVFP is in the process of choosing a body camera for its officers to wear, hoping to have all officers wearing them later this year 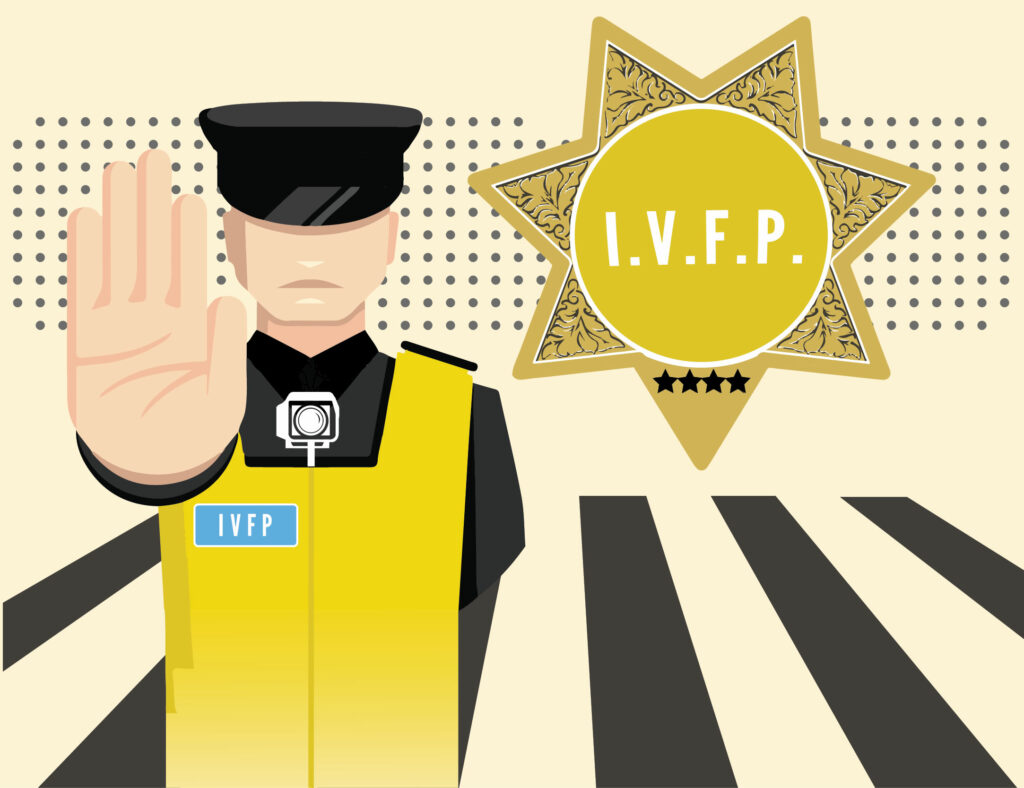 Isla Vista Foot Patrol deputies have been testing body-worn video cameras for about a year, and all 16 may be wearing the cameras in the spring, according to Sol Linver, commander of the Santa Barbara County Sheriff’s Office.

“I’m hoping by the end of next quarter we’ll have an idea which [camera to purchase],” Linver said. This would begin the next phase of the body camera pilot program, outfitting all Santa Barbara County deputies who are “not routinely in cars” with one of five potential body camera brands, something Linver hopes to do by April. The department has been evaluating the use of body cameras over the last year, attempting to determine the most effective camera, select an affordable managing program and server for viewing and storing video and obtain the money to purchase these items.

Police departments across the country have increasingly turned to body cameras amid calls for transparency from activists and politicians after a series of highly publicized and controversial deaths at the hands of police in Ferguson, Mo., Staten Island, N.Y. and Baltimore. Linver said this sudden spike in demand forced camera companies to hastily develop and sell cameras, flooding the market with subpar products.

Now that the initial eagerness of police departments is ebbing, Linver said, officials are “starting to slow everybody down” and ask for a camera “that’s going to last — not something that’s just going to go out there so we can say we have body cameras.”

Los Angeles officials recently balked at approving a $57 million proposal to purchase more than 6,000 body cameras for the LAPD. City council members delayed the vote amid critics’ concerns that the city relied too heavily on another county’s pilot program and only tested two camera brands itself.

“We chose to do the pilot project and do this right before we go out there and spend a great deal of money on cameras,” said Linver, who was also the project manager of the pilot program. “I don’t want to spend 20 or 30 thousand dollars on cameras that are only going to last one year. That’s not being frugal — that’s not what the taxpayers expect from us.”

Linver emphasized the importance of thoroughly evaluating each product during the trial before committing to one brand. He pointedly recalled one camera model having “major software issues” until the company’s CEO traveled to Santa Barbara and replaced all of the faulty cameras with newer versions.

A flawed camera was a hassle then, but during interactions between police officers and civilians, a flaw could mean losing crucial evidence.

“We’re looking for something that can handle rain, can handle dust, can handle jarring,” Linver said. “If I’ve got a deputy who’s rolling around — unfortunately — with someone on the ground or involved in a fight, I don’t want the camera to just stop. That’s really when I need it.”

Linver said the cameras range from about $200 for the TASER brand to nearly $500 for the VidMic, but that the greatest expense is in storing recorded video.

The department estimates that each camera will produce, on average, slightly less than two terabytes of data per year, roughly equivalent to half a million songs in an iTunes library. Linver said in December that he had just purchased a 72 TB server for $24,000 to store video from car and body-worn cameras.

Linver said he had looked into federal grants — which almost exclusively apply to the hardware, rather than storage expenses — and also plans to explore other means of funding, such as drawing from the department’s general fund or requesting funds from the county Board of Supervisors or Police Foundation.

Matthew West, a deputy at the IVFP station, voluntarily purchased his own body camera in November of 2014 and said he uses it as an aid to write detailed reports and protect himself from potentially unfounded claims of excessive force.

“With everything that’s been going on in the media, obviously I know what I’m doing is right, but I want to protect myself,” West said. “I don’t want it to be my word against their word. Times have changed, and if I have video and it clearly shows something, that’s what happened, it’s on the video.”

West said he thought officers in the foot patrol office were generally supportive of implementing body cameras, and said he “highly recommends” using them in Isla Vista.

“Especially out here is where they’re needed, because [IVFP has] one car with a video camera, but 90 percent of the time, we’re walking around,” West said.

The IVFP office comprises the largest group of deputies in the county who spend the majority of their time on bicycle or on foot, according to Linver.

Linver said deputies are increasingly seeing cameras as an “important, helpful tool,” and deputies in places like Goleta and Carpinteria have purchased their own cameras as well.

“Ten or 12 years ago … you had some deputies who wanted to drive the car where the camera didn’t work,” Linver said. “Now they’re all like, ‘Hey, my camera doesn’t work, I don’t want to go out there in the field,’ because our deputies nowadays realize the benefit of having video.”

West said his body camera, made by Wolfcom, allows him to pay more attention to people rather than being buried in his notepad.

“You don’t have to take such accurate notes because ultimately you’re going to have everything on video,” West said. “If it’s a pretty complex case or investigation, you can get specific quotes from people when you’re writing your report.”

Section 450.9 of the department’s policy manual, parts of which were obtained through a public records request by the Daily Nexus, states members of the sheriff’s office “should review their recordings as a resource” when preparing written reports.

“With perception, sometimes you look at a video and you say, ‘oh, that’s what happened,’” Linver said. “When there is a complaint filed against an officer or deputy, [recordings are] a tool that we can look at.”

“There are also times where officers will do things wrong,” Linver said. “Sometimes they don’t know the things they’re doing are wrong, and we work with training and things to make sure it doesn’t happen again.”

The department’s policy manual also says, “Uniformed members should wear the recorder in a conspicuous manner or otherwise notify persons that they are being recorded, whenever possible.”

Lieutenant Jeffrey Greene said that citizens’ behavior can change when they know they are being recorded.

“You tell them, ‘I’m recording you, so keep up what you’re doing and let the judge or your parents see that,’ and immediately, their behavior changes,” Greene said, adding that this tactic is not as effective in I.V., where unruly students are often “already drunk and typically beyond caring mode.”

Whether a body camera is a deputy’s personal device or part of the pilot program, the recordings are uploaded to the department’s server and could potentially be used in investigations.

Greene said video recordings are retained by the department for three years, unless they are “deemed necessary for some type of criminal [investigation] or tagged for evidence in a crime.”

Linver said he had already used body camera footage from the pilot program in a “use of force” investigation in Isla Vista.

Joyce Dudley, Santa Barbara County’s district attorney, said she always welcomes more evidence, but that body cameras may not be as conclusive as some expect.

Dudley said she has seen juries perceive video to be an infallible piece of evidence, when it may not tell the whole story.

“Because I’ve seen the other part — that is, [footage] only from a certain angle and for a certain amount of time — I’ve seen injustice,” Dudley said. “I’m very frustrated with body cams because with witnesses,  juries could sit there and watch people as they describe what happened and judge their credibility, and now juries are more likely to just believe the videotape and not judge what they saw.”

For this reason, Dudley said, it’s important that any witnesses with footage of a controversial event make their video accessible.

“The more tapes we have, the better,” Dudley said. “Get those tapes in.”

A version of this story appeared on p. 1 of the Thursday, Jan. 14 issue of the Daily Nexus.