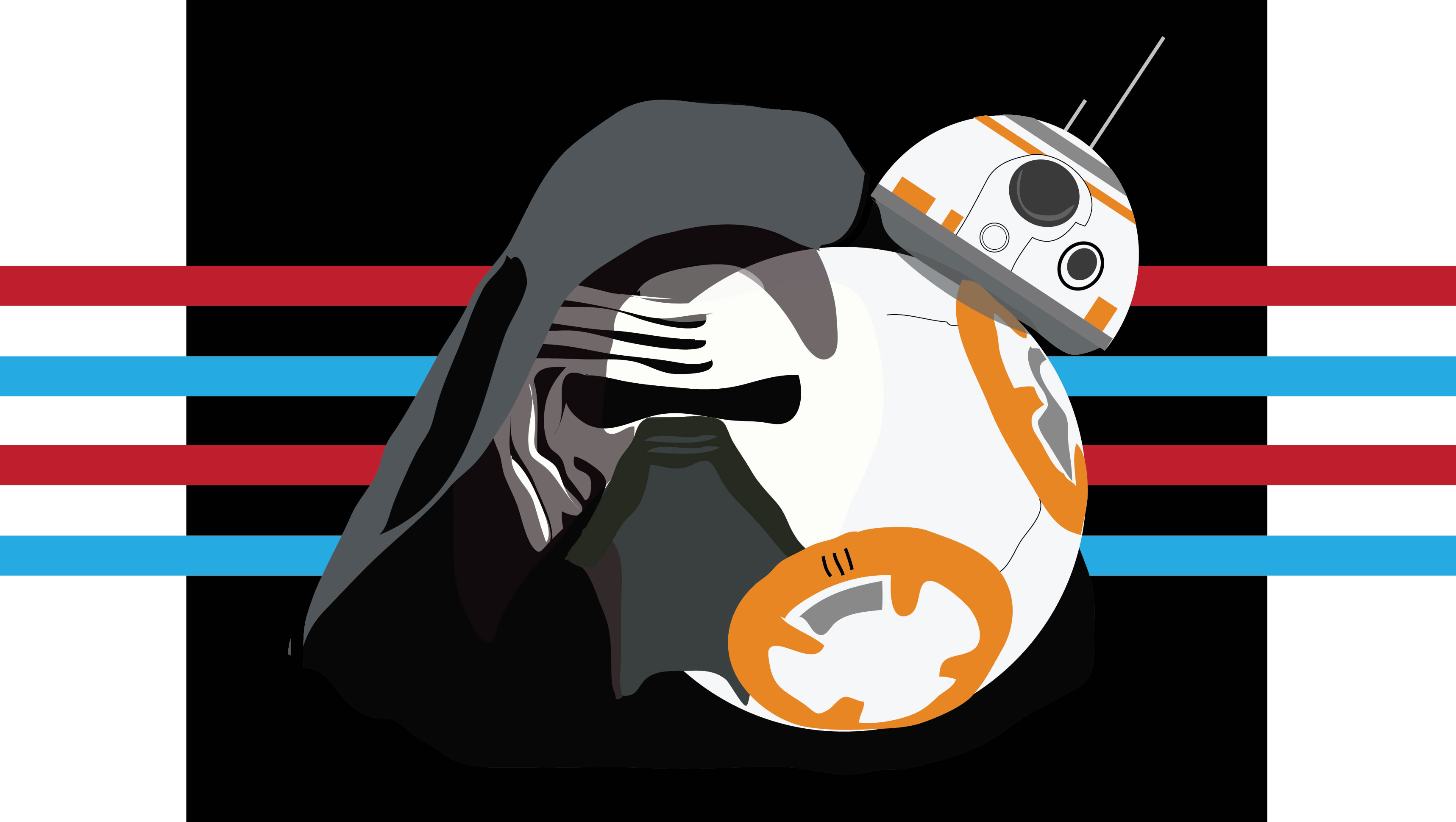 “I’ve never seen so many nerds in one place.”

I said that to my father as the theater continued to fill up with kids and adults, most wearing Star Wars T-shirts. It was the first time he and I sat down together to watch a Star Wars movie in a decade. I am a long-time fan, and as clichéd as it is to say, Star Wars has been a huge part of my life. It got me into science fiction, helped me form friendships and even taught me math. My father, however, had come more out of curiosity than devotion. He saw the original film as a teenager and, while initially holding it in a favorable light, never became the kind of guy who tries to use the Force when the remote control is out of reach.

We came to the (mostly) same conclusion upon exiting the theater. Good. Flawed, but good.

“The Force Awakens” owes a lot to its predecessors plot-wise. Instead of being a full-on sequel from a storytelling perspective, it retreads more than a few familiar beats from the original trilogy. Once again, our heroes are confronted by a troubled man in black armor and a Nazi-inspired army with a big gun and troops that, to quote “Bull Durham” “couldn’t hit water if they fell out of a boat.” They have to escort the droid information everyone wants to the good guys. On the one hand, it reaffirms that this movie wants to be more of the fun, action romp that the Star Wars movies were long ago, rather than a stiff political drama with equally wooden acting. On the flip side of that coin, I didn’t have all that much to think about once the credits rolled other than, “They brought Luke back just to stand there?!”

Thank goodness the movie compensates by being entertaining as all hell. The high-octane and fast-paced action scenes all complement the story, which, combined with its brisk pace, makes it feel jam-packed with thrills. And when was the last time you could say a Star Wars movie was hilarious? I’ll tell you: the ‘80s. It’s a natural humor that flows from how the characters play off of one another, rather than a pause-the-action-and-quip humor you would find in, say, “Age of Ultron.” My usually stoic father, the audience and I were laughing uproariously.

The new protagonists are what bolster the film; they represent the shift from the past to the future. Desert native Rey takes center stage. In addition to being a total bad-ass, she serves as a new Luke Skywalker on account of her mysterious past and her path to unlocking her full potential. Finn goes from an understandably skittish stormtrooper to a brave fighter. Wow! Decent character development! Looks like J.J. rediscovered what George lost.

Both Daisy Ridley and John Boyega have a great rapport with Harrison Ford’s graying Han Solo. In the years since, neither Ford nor his beloved character have lost any measure of charm. Still the swashbuckler and a crack shot with a blaster, he is both the characters’ and audience’s bridge from the original to the sequel trilogy.

Also, Kylo Ren is a great villain. Like Vader, whom he has a close connection to, he is powerful, clad in black, has an intimidating voice and is quite deadly with a lightsaber, yet he is also tortured and prone to express his anger in ways that make the lives of his underlings more than a little uncomfortable. I also feel that the other villains were somewhat overhyped in the marketing. Andy Serkis’s Supreme Leader Snoke doesn’t look quite as unique as described and Gwendoline Christie’s Captain Phasma is disappointingly irrelevant, thrown aside for the sake of a gag. This isn’t necessarily a flaw in the film itself, but I do feel as though I was deceived somewhat. Wonder if this is how people felt with the prequels…

It breaks my heart to say this, but John Williams’s score is lackluster. As movie scores go, it gets the job done well enough, adding to the excitement and mood of each scene. But nothing stood out in the vein of classics like “The Imperial March” and “Duel of the Fates.” Oh well. There’s always Episode VIII.

“The Force Awakens” is a little predictable and banks too much on the original, but its story, sound effects and practical effects make it feel like classic Star Wars sans the cheesy lines. This is the true successor both the nerds and general audiences have been waiting for. It’s a great Star Wars movie and a ridiculously fun film in its own right. I look forward to seeing it again when Magic Lantern brings it to I.V.