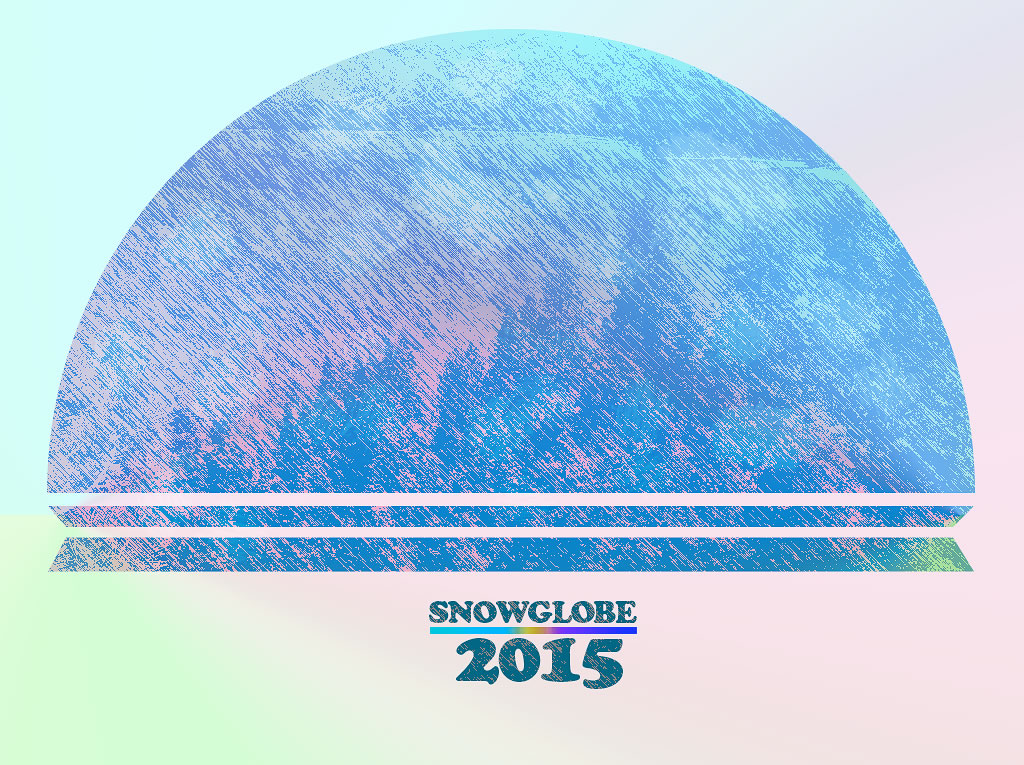 Every winter season at the edge of the upcoming new year, college students and devoted electronic music enthusiasts pack up their warmest layers of clothing and journey to the white glistening snow of Lake Tahoe Community College to attend a three-day musical festival known as SnowGlobe. Freezing temperatures hit as low as two degrees on an average night, but the cold did not stop festivalgoers from preparing to blow their minds with electrifying sets from the world’s top EDM artists. The 2015 line up drew a pool of veteran DJs from Diplo and Skrillex’s Jack Ü to Kaskade, as well as up and coming underground musicians such as Lil Dicky and Hippie Sabotage.

The Daily Nexus was blessed enough to spend three shivering yet incredible nights in Tahoe and experience some of the best electronic music to be offered. Here are some highlights from SnowGlobe 2015:

The DJ duo, Christian “Bloodshy” Karlsson and Linus Eklöw, are not strangers to the music world. For most of their early careers, Karlsson and Eklow were producers to some of the biggest pop star names. Having worked with Britney Spears, Jennifer Lopez and Usher, just to name a few, the Swedish duo has achieved successes in both songwriting and music producing. Karlsson is most notably known for penning Spears’ hit “Toxic”. Galantis dropped their new single, “Runaway (U+I)” from their new album in 2014, and the song instantly become an international success; receiving a Grammy nomination for Best Dance Recording. Their tear-inducing set (fact) began and ended with their most known songs, but favorites such as “Peanut Butter and Jelly” and “Firebird” were also crowd-pleasers. Their remixes of Robin S’ ’90s hit “Show Me Love” and Enur’s “Calabria” brought new and diehard fans off the icy ground and into the air. While Galantis’ day one set was only the appetizer to the festival’s three-course menu, this reporter would have been pleased if the music duo were the only performers of the whole festival.

The Bangladesh-born, NYC raised Jai Wolf — born Sajeeb Saha — got his start by releasing bootleg remixes of records belonging to well known artists. Wolf’s success first came when Skrillex released the young DJ’s remix of his song “Ease My Mind.” From then on, Wolf signed with a record company and started working closely with guys of Odesza, reworking some of the band’s most listened to remixes. In 2015, the new DJ released his first original production titled “Indian Summer.” SoundCloud fans surely contributed to Wolf becoming a festival sensation, as he played his own set all around the U.S. at Coachella, SXSW and Hard Summer. At SnowGlobe, the New York native braved the Tahoe cold to bring one of the most fun and energetic sets. Mixing in trap beats to hip-hop songs such as Drake’s “Hotline Bling” and Travis Scott’s “Antidote,” the crowd moshed from side to side as the musician twisted his turntable. Jai Wolf seems to know exactly what EDM fans want, and at the age of only 23, he has a long and promising career ahead.

Cashmere Cat is a legend, or if he is not yet, he will be soon. His set at SnowGlobe was and is one of the best sets anyone has experienced in a long, long time. The Norwegian-born music DJ/producer got his start by representing his country at international DJ competitions by the name of DJ Final. By the age of 25, the young artist had gained awareness by remixing and editing his own versions of songs by 2 Chainz, Jeremih and Lana Del Rey. In 2012, Cashmere Cat — born Magnus Høiberg — dropped his first EP, Mirror Maru. The EP tracks evoke electro-tempo and abstract beats that are intriguing and addicting to the human ear. Music reviewers have gone so far as to consider Cat’s music an entire different genre itself. Credited as a producer on Ariana Grande’s album Honeymoon, the 28-year-old became a sought-after music producer for top artists (Cat is working with Kanye West on his new album).

During his set, Cashmere Cat mixed in ’90s R&B hits to current radio chart-toppers surprisingly well. But the real gems were the producer’s classic mixes of Miguel’s “Do You” and his collaboration with DJ Mustard “Ice Rink.” His final song, a remix of the old school Usher ft. Alicia Keys track, “My Boo” got the whole crowd dancing in deep nostalgia. With an array of new and signature enigmatic beats, Cashmere Cat is the future of electronic music or any genre of music he chooses to make.