The Daily Nexus
News
Memorial To Raise Money for Dojo
January 7, 2016 at 5:00 am by Siboney Arias 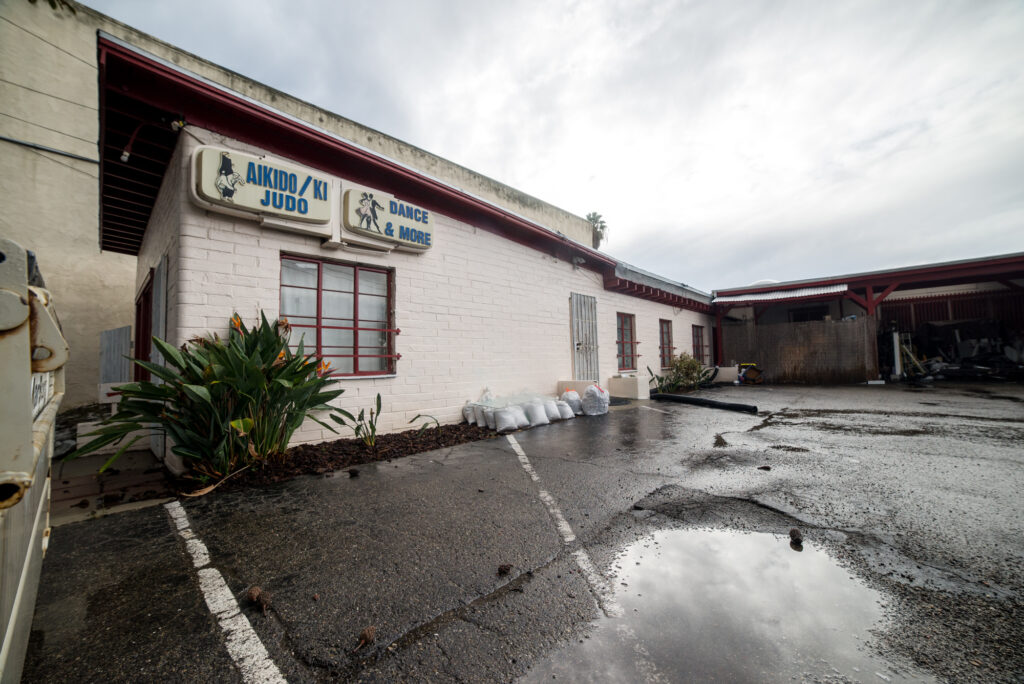 Miye Ota taught ballroom dancing at UCSB for over 25 years before opening his own studio in 1964. Lorenzo Basilio / Daily Nexus

Sensei Kenji Ota passed away last November. Ota taught ballroom dancing at UCSB for over 25 years before opening his own studio in 1964 with his wife Miye to teach ballroom dancing and martial arts. His wife is asking for contributions in order to keep the Dojo running through a GoFundMe page titled “Cultural School Repair Fund” to which anyone can make a donation. A memorial service and dance will be held on January 16, 2016 at 3:00 p.m. at the Dojo located at 255 Magnolia Ave., Goleta, CA. Donations will also be accepted at this event.

Ota’s son, Steve Ota, a UCSB recreation instructor since 1982, said there are maintenance problems at the studio because it is decades old.

“If we don’t take care of it soon, especially with El Niño coming, it can possibly cause irreparable damage,” Steve Ota said. “It’s important that we get the roof fixed.”

Erin Tang, UCSB alumna and Ota’s former student, said the Dojo is a “fundamental” part of the Santa Barbara community that has witnessed Ota’s impact on people of various ages.

“Thousands of people — over probably three generations now — have trained here,” Tang said. “People would drop in at dances to help out, and I’d double-take because some were my parents’ age, but they went to the Dojo as kids.”

Former student Norbert Schiller said Ota became like a second father to him when he began learning Japanese martial art style Aikido in 1968 when he was 10 years old.

“I trained with him religiously for decades and got my black belt in Aikido in 1977,” Schiller said. “Everything I learned from Ota Sensei stayed with me wherever I went in the world, and every time I returned home, I went back to the Dojo for more training.”

Tang said people such as her boyfriend have learned life skills from Ota.

Tang said she still remembers the valuable lessons she learned from Ota and Miya.

“I wanted to host 100-plus people for dinner and dancing with a slim budget, and I did,” Tang said. “I wanted be able to spin down the Rob Gym basketball court and I did. He challenged me to believe in myself.”

Current Dojo member Tim Anderson said the Dojo has been used by UCSB students for their dance classes.

“Several times a quarter, as part of their midterm and final, there is a dance party at Ota’s Dojo,” Anderson said. “This has been a tradition for years.”
Schiller said he and several other of Ota’s students left comforting messages on Ota’s Facebook page when they learned of his passing.

“Over the past six decades, tens of thousands of students have passed through Ota Sensei’s Dojo,” Schiller said. “He has left an indelible mark on so many young lives, and he will be dearly missed.”

According to Anderson, one of the most important goals of former students, current students and Ota’s surviving family is for the Dojo to continue passing on its traditions.

“Ota empowered young people during a time of their lives where they were developing into strong adults,” Anderson said. “So Steve and Miye Ota want to continue to impact people’s lives in a fun learning environment.”

A version of this story appeared on page 1 of the Thursday, January 7, 2015 print edition of the Daily Nexus.