The Daily Nexus
Sign of the Times
Dissatisfaction with Affirmative Action
January 6, 2016 at 4:00 am by Jason Garshfield 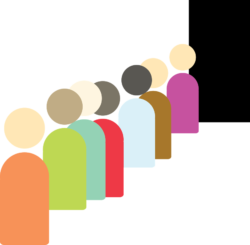 “(T)he smallest minority on earth is the individual.  Those who deny individual rights cannot claim to be defenders of minorities.” – Ayn Rand

Recently, University of California president Janet Napolitano, along with all 10 UC chancellors, filed an amicus curiae brief with the U.S. Supreme Court supporting the defendant in the ongoing case Fisher v. University of Texas, in which a student sued the University of Texas at Austin over its affirmative action policies.

The brief says that anti-affirmative action laws like California Proposition 209, which amended the California constitution in 1996 so that the UC system and other state entities “shall not discriminate against, or grant preferential treatment to, any individual or group on the basis of race, sex, color, ethnicity, or national origin,” impede the goal of promoting diversity within the UC system.

Once upon a time, a law banning ethnic and racial discrimination might have actually been seen as progressive.

If the UC system is dedicated to diversity, perhaps it should also consider diversity of viewpoint. After all, as Napolitano’s brief acknowledged, the point of bringing people with diverse backgrounds to the table of higher learning is so that they can enrich the learning environment by presenting new and unique viewpoints that might otherwise go unheard.

In that case, I can think of no viewpoint more underrepresented in academia than the conservative viewpoint. Academia today is practically a left-wing echo chamber. 72 percent of professors at American universities call themselves liberal, and 15 percent call themselves conservative. The left-wing slant is even stronger in the humanities and the social sciences, which, sadly, are the subjects which have the greatest need of ideological variety.

If diversity is so important to our president and chancellors, then perhaps they should advocate for affirmative action policies to increase the number of conservative voices in academia.

But they will not. All they really want is what Alan Dershowitz has termed “superficial diversity” — a rainbow of different skin colors and sexual orientations all thinking in perfect lockstep.

That said, I fundamentally disagree with President Napolitano when she argues that the University of California has a vested interest in promoting diversity, or any other social agenda for that matter. The true purpose of a public university is very different. On one hand, it must teach students critical thinking skills and prepare them to live as citizens in a free society. On the other, it must provide students with marketable skills and prepare them to make valuable contributions to our economy that will offset the financial investment that the taxpayers of the State of California have made by partially funding their education.

To achieve these goals, the UC system has to select, for its limited space, the students who have proven themselves by their academic and social achievements most suited to engage in the learning process and contribute to society. There is already a complex selection process in place for this. The current system may be imperfect, but at least we can say that it ranks students based on individual achievement and not collective (i.e. racial) identity.

Right now, every current UCSB student reading this has proven themselves worthy, to the state’s satisfaction, of attending UCSB and benefitting from our school’s resources. We have every right to be proud. If racial identity were reintroduced as a factor in college admissions, we could no longer be certain of the legitimacy of our place here.

Are certain groups given a disadvantage in society and prevented from reaching their full potential? Perhaps — but it is not the job of the university to rectify this.

People seem to forget that racial quotas in academia are nothing new. When my grandmother was growing up in the 1940s, one of the roadblocks to her attending college was the existence of quotas at many universities limiting the number of Jewish students.

Although no one at the time would have described them as such, perhaps Jewish quotas were seen back then as a sort of “affirmative action” for non-Jewish whites. After all, Ashkenazi Jews, despite historic discrimination, have a very strong intellectual tradition and have long been overrepresented in Western academia. (In the 1930s, Nazi physicists even felt the need to denounce the influence of “Jewish physics” within German universities the same way contemporary postmodernist scholars attack “white male science.” That comparison is Noam Chomsky’s, not mine, by the way.)

These racists’ fear of one ethnic group exerting disproportionate influence within the university — and their willingness to consider race over merit to rectify this disparity — made them no different from modern proponents of affirmative action.

Similarly, some of the most vocal opponents of recent affirmative action proposals in our state have been not whites but Asian Americans, another minority group which has been extremely successful in our educational system.

As far as I am concerned, college should be a meritocracy, and if Asian American students (or any other group) are outcompeting white students, then we should be happy —grateful, in fact — for their success rather than trying to bring them down.

As Professor Thomas Sowell has said, if you had a brain tumor that necessitated surgery, who would you want operating on you? A surgeon of the same race as you? Or the best, most intelligent and most qualified surgeon for the job, regardless of ethnicity?

Not long ago, the UC Office of the President demonstrated its commitment to encouraging superficial (but not intellectual) diversity by releasing a list of microaggressions that faculty are requested to avoid (and how redeeming it is to see that, at least for the time being, that word “microaggression” is still underlined with a red squiggle by my computer’s word processor). This list includes such horrible, bigoted statements as “There is only one race: the human race;” “I believe the most qualified person should get the job;” and “Affirmative action is racist.”

Well, I deeply resent being told what not to say in a supposedly free academic environment, so I am writing this today to publicly denounce Napolitano’s amicus curiae brief as well as her office’s attempts to silence conversation on the issue, and to prove that no amount of moral policing can stop me from standing up and speaking what I believe to be an undeniable truth:

Jason is prepared to face backlash over such an unpopular opinion as university qualification processes based upon intellectual merit.

It’s not the UCSB I remember. Back then everyone was cool.

The reason there aren’t more conservative voices at universities is because conservatism isn’t compatible with higher education. We need better support for trade schools so that conservatives have a place to be trained for the workforce without having to suffer through the inherently liberal intellectualism of universities.

I can’t tell if this is sarcastic or not. Either way it’s true haha so thank you.

The problem is that the playing field isn’t level. Yes, admission to a university is and should be based on intellectual and personal achievement, but we don’t all start on the same playing field. In fact, many of us start below zero. Not everyone has had the same opportunities you have. Affirmative Action makes it so that the racist system doesn’t rob anyone of their potential for higher education.

You lost me at the Ayn Rand quote.

Jason Garshfield is a moron

I didn’t even have to look at the author to know exactly who wrote this ignorant reactionary garbage. How come every single one of your articles are soft-fascist white nonsense. Grow up and realize that you’re exceptionally privileged and advantaged and stop taking efforts to rectify this as some sort of crime against white men. You’re like a spoiled brat

Carlos Flores
Reply to  Jason Garshfield is a moron

Methinks you have been taking too many Feminism Studies and Lesbyan Dance Theory Studies classes and that this has impaired your reasoning faculties. I say this because I fail to detect an argument in your reply to Jason’s essay.

Anonymous
Reply to  Jason Garshfield is a moron

What if I’m a non-privileged minority and agree with him? Let me guess, internalized racism? Making personal attacks doesn’t disprove his claims.

Where did you get your statistics?

I’m sick of straight white males complaining. It’s about time you got,your comeuppance. And what do Jews really know about discrimination?

Oh, we’ve already gotten our comeuppance. Thanks to your loathsome faux-liberal liars, we are the new ‘N’s facing ‘gendered’ bigotry, reverse-sexism, and fascist female supremacism…as our enrollment rates drop way below women’s.. But of course, we can’t speak for OUR affirmative action because fascist UC speech codes, ‘offense’, and microaggressions.

Thank you for writing this! This needed to be said.

glad to see an alternative view on campus that has not yet been stifled.