The Daily Nexus
News
Renovated Library Opens for Winter Quarter
January 5, 2016 at 5:00 am by Nicholas Bogel-Burroughs 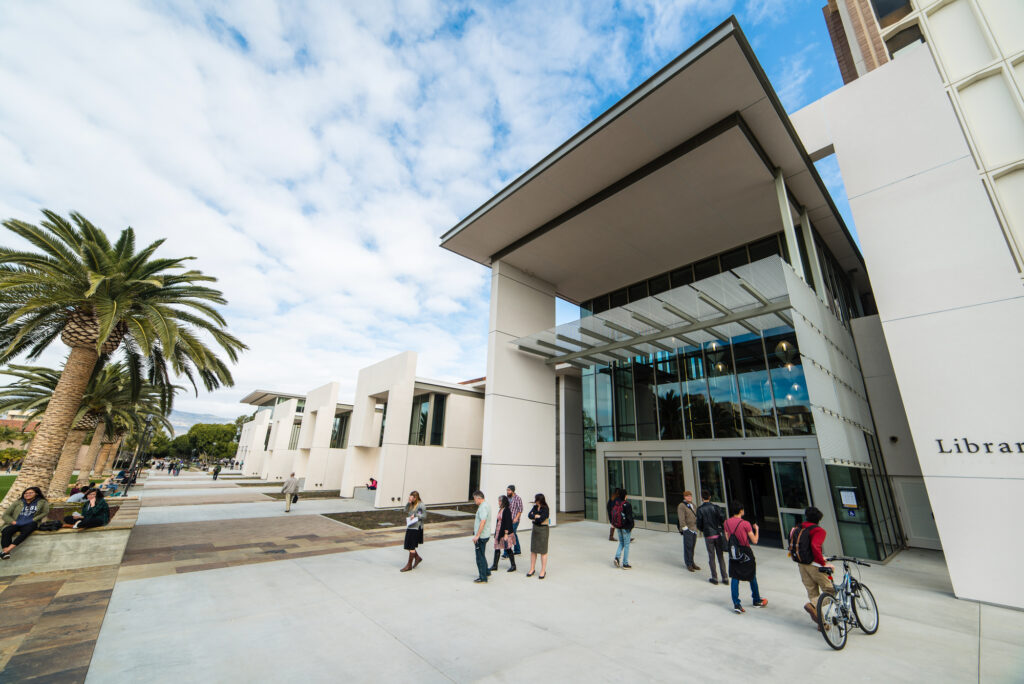 After two and a half years and more than $80 million, the new and renovated portions of the UCSB Library — totaling 150,000 square feet — opened on Monday.

The “Addition and Renovation Project,” which began in August 2013, made the building more fire and earthquake safe, added computers, created new faculty and graduate student study rooms and increased study space by 20 percent. Students were able to walk through the new paseo entrance Monday and explore 60,000 square feet and three stories of brand new space, which students hope will alleviate library traffic, especially during finals week.

Rebecca Metzger, assistant university librarian for outreach and academic collaboration, said plans for the renovation had been “in the works for almost two decades,” due partially to rising enrollment.

“If you have spent any time in the library, you have seen that it’s really packed with students all the time,” Metzger said. “By the time we began [construction], the library hadn’t been touched in 35 years.”

The project was largely made possible by an approximately $80 million state grant, and Metzger said the library is “continuing to raise money for furnishings, technology, collections and other initiatives.”

The construction appeared to be ahead of schedule in the summer, and school officials estimated the library would open earlier than expected, but the construction was completed in line with the initial timeframe. 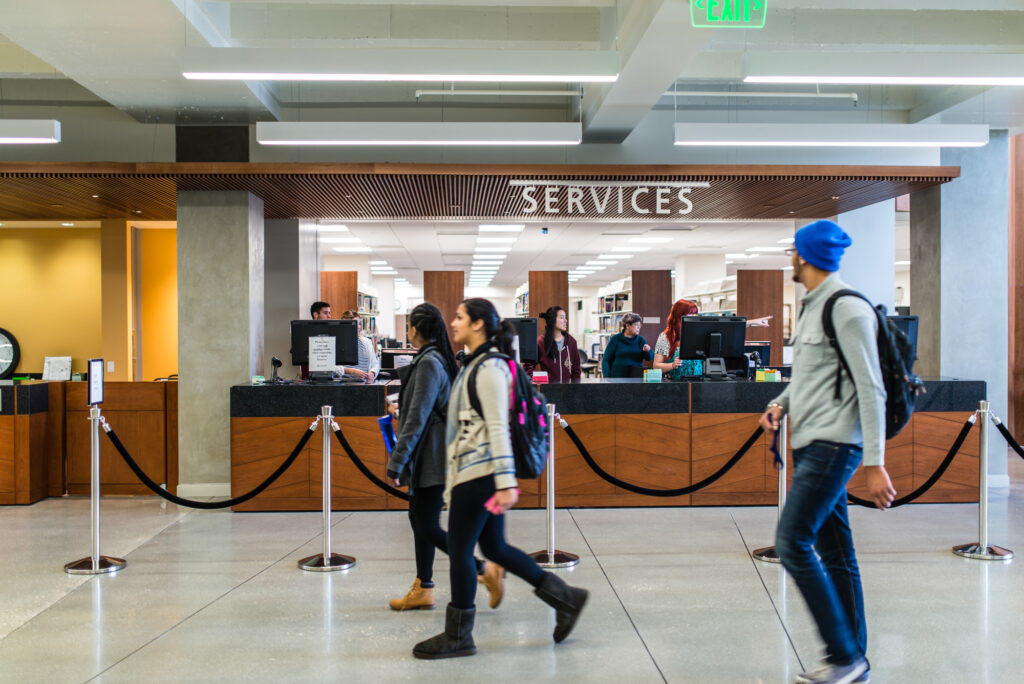 Metzger said the first few students in the building Monday encountered some surprises, and she warned students to expect some kinks that will be worked out in the coming days.

“There were definitely some hiccups on opening day morning,” Metzger said. “There were some alarms going off, some doors opening that shouldn’t be opening. People should be a little bit patient with coming back.”

Students in the library Monday evening said they were enjoying the new library, though, and praised its new design and spaces.

“I love it. It’s a shocking difference from the old library; the new spaces are so nice,” third-year political science major Cristina Hernandez said. “I use the computers in the library all the time, so having all these new options of where to do that is going to be good.”

Hernandez lives on Sabado Tarde Road in Isla Vista, which she said has led her to rely on the library for a quiet study space.

“I can’t study in my apartment,” Hernandez said. “I just will never get homework done there. If I want to get anything done, I’m always at the library.”

The University of California system plans to enroll 5,000 additional in-state students among its nine campuses next year, and 5,000 more over the subsequent two years. Hernandez said she thought the renovations were necessary to keep up with the new students.

“Within my last couple of years, I could already tell the library was getting more and more packed every year, so it definitely came at a good time,” Hernandez said.

Fourth-year chemistry major Ian Davis works at the circulation desk and said he was enjoying his first shift in the new library.

“The old space, we worked at circulation over there and it was a lot more cramped,” Davis said. “Here, we obviously have this huge area, which is pretty nice.”

Davis said he was most excited for the ability to reserve study areas online, “so you don’t have to have someone in your group get there at 8 a.m. and kind of post up. You can do it on your own time which is more convenient for everyone.”

Third-year electrical engineering major Chris Claycomb was reading a book in one of the study areas in the new library Monday evening, and said he liked being able to “kill some time” before making the commute home to downtown Santa Barbara.

Claycomb left UCSB after his sophomore year to study at the United States Naval Academy and is returning this year to complete his degree. He said he remembered a much busier library before the addition.

“I just remember you would go to the old library and, at least during finals and midterms, you would have to wander three floors to find a room, especially if you were with a group of people,” Claycomb said.

For this reason, Claycomb said he “only used the library a few times” before the addition, but thought he would “give it a shot” after seeing the addition and renovations.

There will be a formal opening for the library on Jan. 13, when Chancellor Henry T. Yang will speak and A.S. President Jimmy Villarreal will announce that the senior class gift will be designated for the library, according to Metzger.