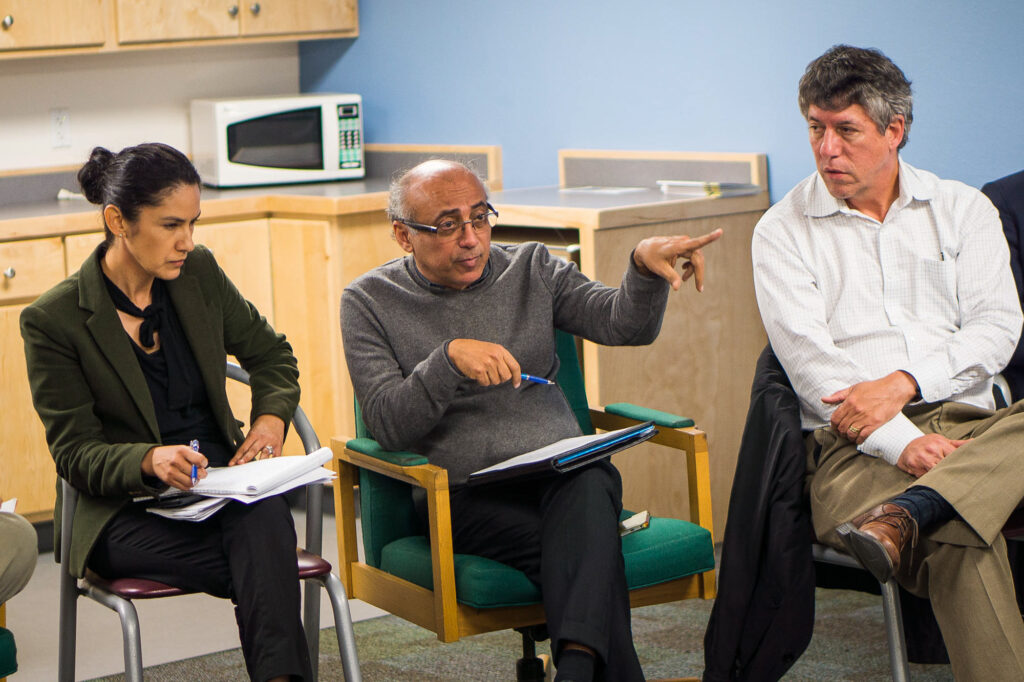 IV Stakeholders discussing the current county code enforcement, and what would happen if we were switched to proactive enforcement. John Clow/Daily Nexus

The Isla Vista Self Governance Initiative held a public meeting Tuesday evening in the Isla Vista Clinic building to discuss the possible implementation of a building and zoning Code Enforcement Program for a potential Community Services District (CSD) in Isla Vista.

Tuesday’s meeting was the sixth of 11 meetings the Initiative organized for community members to discuss the framework and specific services that may be offered if I.V. becomes a CSD after the November 2016 county election. In the meeting, students, long-term residents and representatives from the Santa Barbara County considered the possibility of creating an I.V. Code Enforcement Program allowing the CSD to enforce building and zoning codes in I.V.

According to Santa Barbara County Deputy Director of Planning and Development Glenn Russell, the cost to expand the County’s current Code Enforcement Program would be approximately $235,000 a year, and it would cost an I.V. CSD about $20,000 to $25,000 to get the program started.

“That sounds like a lot of money,” Abboud said.

According to Russell, the current Code Enforcement Program only investigates building and zoning code violations if residents report them to the county.

“What we have today is a reactive code enforcement program, both for building and zoning violations,” Russell said. “Anybody in Isla Vista who reports a building or zoning violation can have it investigated.”

Russell said a “proactive” Code Enforcement Program — one where Program officials can exercise their police powers to bring residences up to code — would raise the possibility of evicting residents for zoning violations, which is the protocol for enforcing such codes.

“Be careful what you wish for,” Russell said. “You have to be very judicious in how you apply these limited police powers. A proactive Code Enforcement Program would put people out of their lodging.”

According to Field Representative for Assemblymember Das Williams’ office Cameron Schunk, the structure of an I.V. CSD’s Code Enforcement Program will largely depend upon the funding it receives from UCSB.

“It’s going to be largely contingent on what we hear from UCSB as far as what they want to contribute towards what type of program they want to see,” Schunk said.

Schunk also said University administrators discussed the possibility of opening University housing to students the CSD’s Code Enforcement Program temporarily evicts as incentive to bring their residencies up to code.

“There were talks amongst administrative officials about offering some of the University’s housing as kind of temporary assistance housing if we decided to pursue some sort of code enforcement to bring the housing stock of I.V. back up to an acceptable level,” Schunk said.

With this option, however, Schunk said there is a “hidden catch” that the evicted students’ landlord might decrease the number of bedrooms in the residence.

“There’s no guarantee that you’re going to have a place to go back to,” Schunk said.

As a solution for assisting evicted residents, Abboud said he suggests the I.V. CSD create a temporary housing fund.

“If the I.V. CSD did implement this, we could have a small fund to help people who got kicked out to find temporary relocation for a month until they could move back into their place once it’s up to code,” Abboud said.

Associated Students External Vice President for Local Affairs (EVPLA) and third-year history of public policy major Paola Dela Cruz said she is concerned about the possibility of evicting I.V. residents for violating zoning codes, such as by living in a closet or a garage.

“These sort of people are not living in those conditions because they want to. It is because they have no other resources,” Dela Cruz said. “I think it’s important for us to keep that in mind that there are larger reasons for why these issues are occurring in our community, and we need to think about that as well while we’re thinking about this program.” 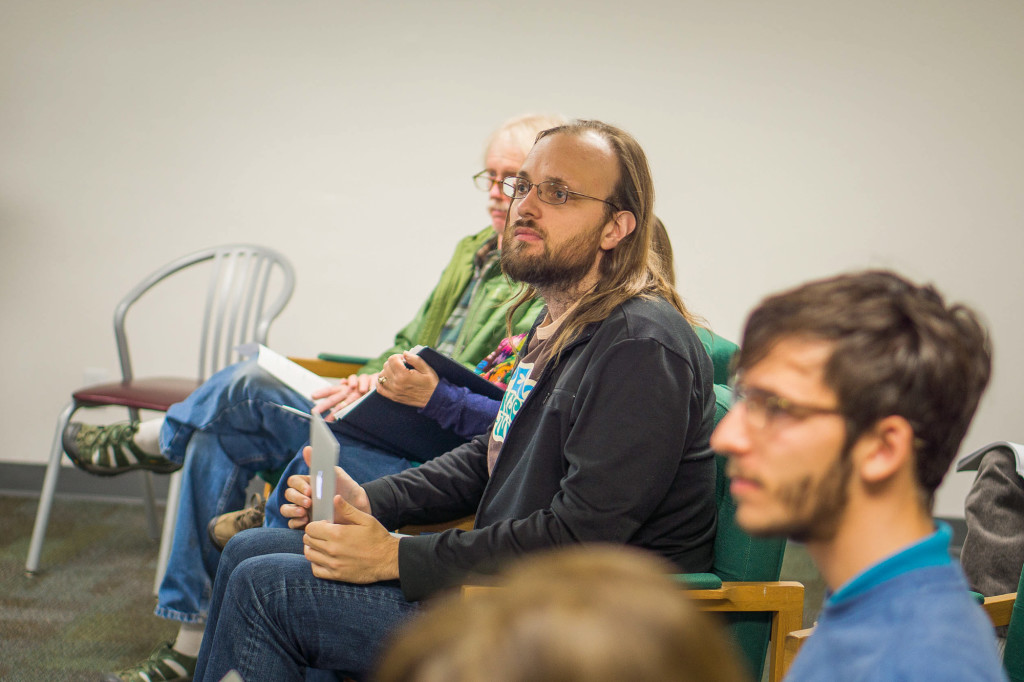 According to Russell, however, a Code Enforcement Program cannot ignore violations for the sake of avoiding the eviction of residents, as it must be consistent in enforcing violations.

“You can’t ignore something someplace because you just feel bad,” Russell said. “You have to be absolutely consistent and even-handed.”

Dela Cruz also said she hopes the CSD’s Code Enforcement Program will provide opportunities for students to get involved.

“I’m interested in hearing about the students and the involvement we may have in this Code Enforcement Program,” Dela Cruz said. “This is something that I think the university is very interested in. How is it that students can get involved with this?”

Russell said a Code Enforcement Program will be “very important,” because fixing small building issues can have a positive effect on the way people feel about their community.

Community Organizer for Williams’ office Darcel Elliot said implementing a Code Enforcement Program in I.V.’s CSD is one of the more “complicated” services, which is why the Initiative chose not to discuss it earlier.