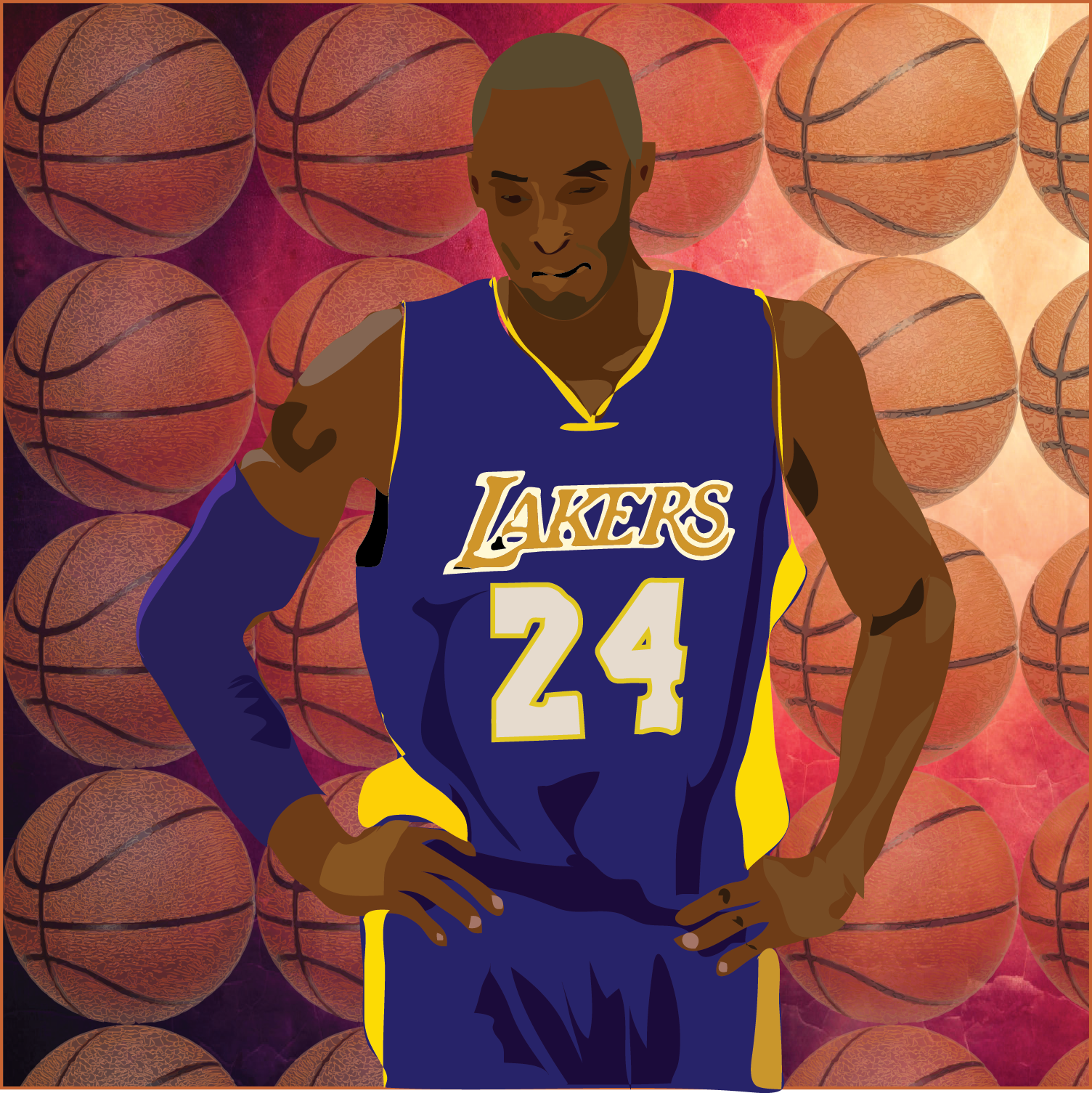 Kobe Bryant … Where do I even begin?

The majority of basketball fans picked up a love of the game as they grew up. Many became Kobe fans along the way, many became Kobe haters, but now that the Mamba has announced his retirement, we’ve seen an outburst of love and appreciation for a man who has given everything he has to the game we all love.

For me, and for just a handful of the true Laker faithful, this point in time is about much more than simply a moment to reflect on a legendary career and admire it for all the success and achievements it was able to accomplish.

It’s about more than being happy knowing that after all was said and done, Kobe did what he needed to do to indisputably cement his place among the all-time greats.

It’s about more than being sad or getting emotional because our favorite warrior has reached his end.

Yeah, it’s about more than all that. For people like me, Kobe was life.

My first memory as a toddler was my mother teaching me to say “please” when asking for my bottle. After that, all I remember is the number eight, the coolest afro I’ve ever seen and Chick Hearn’s magnificent voice saying “Slaaaam dunk!”

The first videogame I ever remember playing was “Kobe Bryant in NBA Courtside” for the Nintendo 64. I can still see the first tip-off I ever took part in with the computer’s David Robinson rising high over my Shaquille O’Neal because I didn’t know the buttons yet at the age of four.

The first Christmas present I ever remember getting was a mini basketball hoop which I played on all day, every day, annoying the crap out of my sisters while I pretended I was Kobe and practiced his moves.

When I started Kindergarten, my dad told me he would take me to the front row of a Laker game if I learned how to read. It took me about three weeks. What more motivation did I need?

Over the years, my range of emotions became one with the rises and falls of Kobe and the Lakers. Life had its own stresses and challenges, but I only ever experienced true heartbreak or happiness when I was watching him play.

I’m not one to cry very often, but when Kobe hit those two shots against Phoenix in Game Four of the first round in 2006, I ran around the house screaming as an ocean of tears fell from my eyes.

How many of us have had to read the YouTube comments on Kobe’s top career plays only to see people asking, “Why is this number one? It was in the first round and they lost the series.” If you ever had to ask that, then you’ll never know.

When the Lakers defeated the Orlando Magic in the 2009 NBA Finals, giving Kobe his first ring without Shaq, I smiled, teary-eyed, as I reflected upon the long, stressful road to that moment. I remembered where I was during every second of his career: what I was up to in school, who my friends were at the time, the sheer happiness I felt from seeing him hit shot after shot to bring his team back over and over again. It’s all one and the same.

If there is a reason why I’m able to remember so much about my life growing up, it’s because Kobe made just about every day something worth remembering.

If there is a reason why I’m writing this article today, it’s because he showed me that loving sports is more than just a hobby. For those with true passion, it is a lifestyle.

Numbers never meant a damn thing to Kobe. He never wanted to play by anyone’s rules other than his own, and, thank God, he never did. All he ever wanted was to win, and for a good while, he was the best at it.

People can bring up all the shooting percentages, stats and figures they want, but the fact is, when Kobe was on the court, that was what made the Lakers, well … the Lakers. He embodied everything that was great about the greatest organization in basketball.

Ever since he tore his Achilles back in 2013, I’ve felt like I’ve been missing something. It might sound stupid, but life no longer makes sense the way it used to. We’ve been fearing the end of his career for so long, but now that it’s finally here, I’m still not sure how I can possibly accept it. Rooting for him is all I’ve ever known.

Yeah, it hurts to see him play the way he’s playing right now. It hurts to hear him admitting defeat after games. I don’t enjoy watching him shoot 1-14 one night, listen to him talk about how bad he played and how much pain he’s in, then see him go 4-20 a few nights later.

But if there’s one thing I’ve loved about Kobe all these years, it’s that no matter what anyone says or thinks, he will always be Kobe. “He shoots too much.” “He needs to learn how to pass.” “He’s not a good leader.” We heard it back in 1999 before the Lakers won three straight championships, we heard it back in 2006 when his starting lineup included Kwame Brown and Smush Parker and we heard it in 2010 when he was still winning championships.

So who cares if people are still saying it today?

Most of the athletes who have reached out to honor Kobe since his announcement have all sent messages revolving around the same theme: how much he has inspired them. His work ethic is legendary, his ability to get the job done against all odds is legendary. His fire, ferocity and killer nature will go down in history as possibly the greatest ever.

Kobe is the last link between what the NBA was and what it is now. He is the bridge between the Michael Jordan era, basketball of the 90s and the end of Showtime, to whatever the hell we see out there today with free-throws, weak fouls and three-pointers filling up the box scores.

He is the last of a dying breed that will be extinct by the end of this season. He is tradition.

If he doesn’t make a shot the rest of his life, let’s just enjoy watching him while we can. Few people in the basketball world have had the kind of impact that a man like Kobe Bryant has. Few teams have been spoiled the way Laker fans have been all these years.

Kobe Bryant has been both the NBA’s greatest enemy and greatest hero. Now, love him or hate him, let’s send him off the right way.