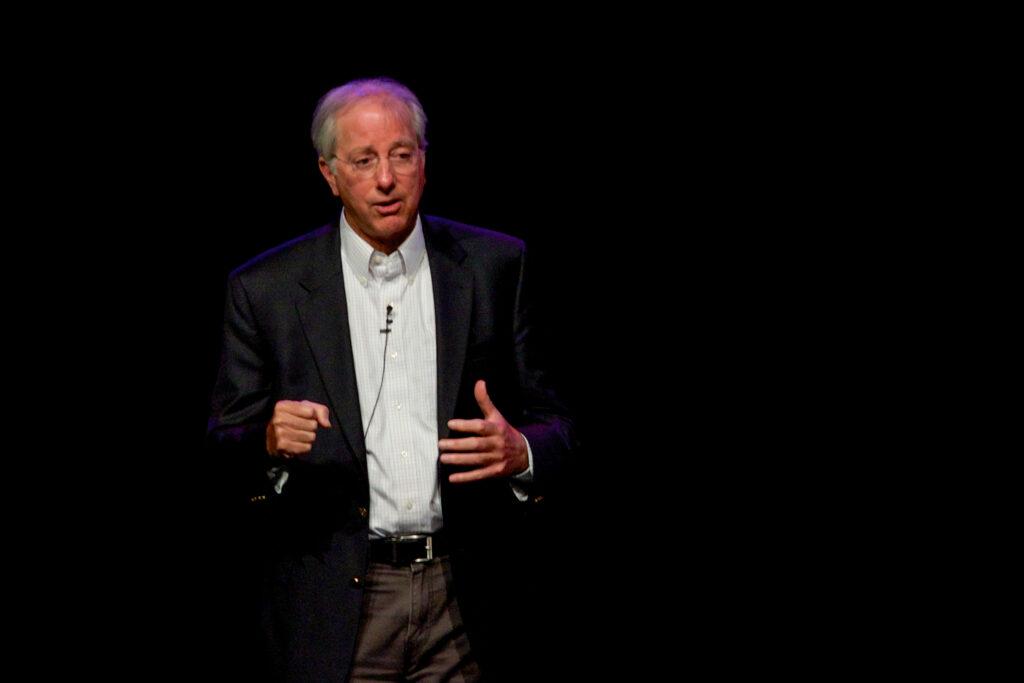 American diplomat and author Ambassador Dennis Ross lectured on his new book, Doomed to Succeed: The U.S.—Israel Relationship from Truman to Obama, Friday at Campbell Hall, and spoke about relations between the United States and Israel from the administrations of former President Harry S. Truman through president Barack Obama.

Ross has been involved with issues concerning the Middle East for more than 20 years, and his extensive experience gives him the ability to share a unique experience. Throughout his career, Ross has served as special assistant to President Barack Obama, special adviser to Secretary of State Hillary Clinton, special Middle East coordinator under President Bill Clinton, director of the State Department’s Policy Planning Staff in the George H.W. Bush administration and more. Ross helped form U.S. policy toward the former Soviet Union, played a prominent role in the unification of Germany and its integration into NATO, facilitated arms control negotiations, helped to form the 1991 Gulf War coalition and assisted Israelis and Palestinians in reaching the 1995 Interim Agreement.

Ross engaged Friday’s audience through an interactive question and answer session where he would ask the audience questions and analyze their responses. After asking the audience which presidential administration had the most tumultuous relationship with Israel, Ross said it was former President Dwight D. Eisenhower who was “the toughest on Israel.”

Ross said there are three reasons why the United States sees Israel as “a problem and not a partner.”

“The first assumption is that if we distance from Israel we will gain with the Arabs,” Ross said. “The second is that if we cooperate with Israel, we lose with the Arabs. The third is if we want to transform the American position in the Middle East, we need to solve the Palestinian issue first.”

Ross then refuted each assumption using historical events as evidence. According to Ross, all three reasons are flawed, and the U.S. cannot distance itself from Israel because it is one of the few countries “we fundamentally share values with.”

“The first thing we should be doing is asking how did this kind of attack take place?” Ross said. “Number two, what do we have to do to disrupt ISIS … to be geared towards thinking through how another operation is going to work through that. The third thing is we really do have to have a coherent strategy for Syria. Also finding a way to make Russia change its approach or, at a minimum, to go after ISIS.”

Third-year psychology and sociology double major Nina Abramson said she enjoyed hearing from a political figure that has been involved in Middle East diplomacy.

“I feel that the public hears about ISIS and the President’s plans with Israel through media so it was cool to get a perspective from a diplomat and hear what the different presidents felt toward Israel,” Abramson said.

“I think it was a cool format of how he was asking people questions,” Feller said. “It kind of allowed for audience participation. I thought it was really good — a lot of information to grasp, but it was good.”

“The intimate conversations and details that he knew about the administration really impressed me,” Ramot said. “His vast knowledge about what happened between specific people and people who were in some of the most secret rooms in the government impressed me.”