The Daily Nexus
News
Increased Usage of LSD-like Synthetic Drugs Identified in I.V.
November 17, 2015 at 5:00 am by Selina Alvarez 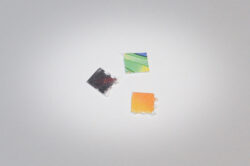 Student Health Director Mary Ferris sent a university email Thursday to warn students of a recent increase in the use of synthetic, LSD-like drugs.

First responders and emergency services have identified an increase of people intoxicated with the synthetic drugs N-Bomb, Flakka and bath salts. Synthetic drugs mimic the effects of illegal substances and have slightly altered chemical structures, which tend to be more powerful and unpredictable than non-synthetic substances. They can cause excited delirium, anxiety and paranoia which can lead to violent aggression and self-injury. The risks of using these drugs include seizures, heart attacks and death.

Alcohol and Drug Program Director Jackie Kurta said users of synthetic drugs are looking for effects similar to LSD but have much more severe experiences.

“The kind of trips students are expecting to take when they take LSD is not the kind of response they are getting from the substances,” Kurta said.

Kurta said N-Bomb, Flakka and bath salts are the most common synthetic drugs students have reportedly been attaining.

“These substances are not pure LSD, but they are chemically combined substances which result in unpredictable self-harm, unexpected psychotic unexplainable behavior,” Kurta said. “We know that it’s out there and that it’s very available.”

According to Department of Psychological and Brain Studies professor Karen Szumlinski, bath salts are synthetic derivatives of cathinone, an active stimulant prohibited in some states and banned in some countries. Szumlinski said it blocks re-uptake of dopamine and serotonin, causing pleasurable effects, and blocks norepinephrine receptors, increasing the user’s heart rate.

“Bath salts are a generic name for a composite of all sorts of different chemicals,” Szumlinski said. “With bath salts, because they’re more amphetamine-like, you will have more delusions of issues that are related to your illegal drug activity.”

Szumlinski said the cathinone derivatives are also found in spice, Flakka and K-2 synthetic marijuana that can cause psychosis. According to Szumlinski, Flakka has the effects of hallucinogens and amphetamines and can cause aggressive behavior.

“Flakka blows my mind and is frightening,” Szumlinski said. “Flakka is LSD-like and actually activates the same receptors that LSD activates, the serotonin 2A receptors.”

Szumlinski said N-Bomb is similar to LSD in that it also activates the serotonin 2A receptor that LSD activates, and it is not a safer alternative.

“The effects are shorter than LSD,” Szumlinski said. “In terms of it being safer than LSD, the answer is not at all.”

An anonymous first-year biochemistry major who is a repeat user of LSD and a one-time user of N-Bomb said while both drugs are euphoric, a LSD trip can be described as more of a “central experience” while N-Bomb is more of a “chaotic” party drug.

“With N-Bomb you have more visual effects, and LSD has more mental and psychological effects,” the student said.

The student said they chose to consume the synthetic drug out of curiosity, but did not have a positive experience.

“I didn’t have a good time with it, and I’d rather just stick with actual LSD,” the student said.

The students also said for many users of N-Bomb, “you don’t know what you’re getting into.”

“If you don’t know it’s N-Bomb, you can get a bad trip,” the student said. “It’s kind of like weed in a way, you laugh a lot, at random shit, and the visuals are much more than LSD.”

“It’s throughout California, it’s throughout the states, it’s a worldwide problem. There has been an increase in synthetic-type drug use, but that’s globally across the board, it’s not just in Isla Vista,” Calderon said. “I believe that people sometimes think it’s safer because they are synthetic and/or man-made.”

“They’re in such a delusional state that they’ll actually try to fight against the medics,” Calderon said. “Any type of drug can be dangerous because you don’t know how your body is going to react.”

IVFP Deputy Simon Trujillo said the use and possession of these drugs is not prohibited, but the sale to minors is illegal in some areas.

“The main problem with them is there are many combinations, there’s many different chemical compositions … there is no uniform way to control how they are produced. Their effects are often unpredictable,” Trujillo said. “If a user were to use them multiple times they may get a different reaction or a different experience each time they use them.”

Calderon said part of the appeal of synthetic drugs is that they are an alternative to traditional street drugs, and that they can be marketed and distributed in packaging similar to candy wrappers.

Calderon said in medical emergencies involving drugs, it is best to seek help and notify the authorities of information that can aid responders in helping intoxicated persons.

“They’re not going to get in trouble and it’s better to call,” Calderon said. “They’re protected by law against any prosecution in a medical emergency.”

When writing an article about drugs please include the chemical name and resources to learn further about them. “Flakka” is actually alpha-Pyrrolidinopentiophenone, which does not have action 5ht2a receptors as claimed above. According to a 2014 study published in Neuropharmacology, researchers, “found that α-PVP is a potent uptake blocker at dopamine and norepinephrine transporters, similar to MDPV. α-PBP and α-PPP are also catecholamine transporter blockers but display reduced potency.” Which means it acts much more like a classical stimulant instead of a psychedelic, such as LSD. N-Bomb refers to 25I-NBOMe and 25C-NBOMe are extremely potent psychedelics which a potential for… Read more »