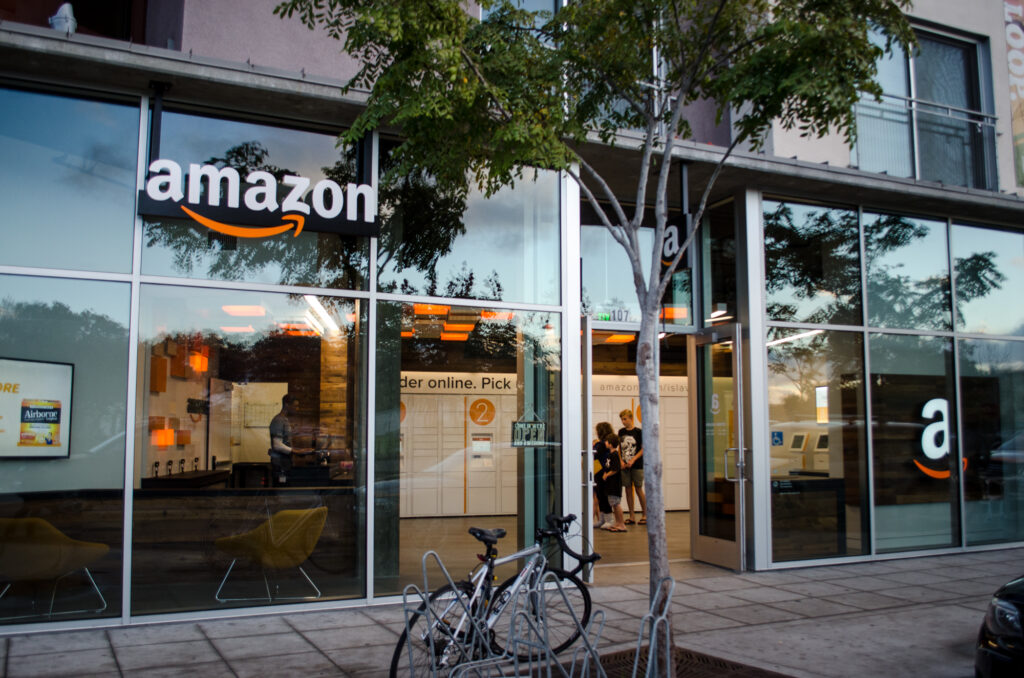 Amazon.com opened Amazon@IslaVista at 6553 Trigo Road on Wednesday, the company’s fourth university “pick-up point” in the country where customers can pick up items purchased online and the first to be located off-campus.

According to site manager Anna Spisla, customers can filter for products available for free, same-day pickup on Amazon.com and retrieve their purchase that evening or the following morning.

Spisla said the community has shown interest in the pick-up point.

“On the opening day, we had people waiting out front for the doors to open,” Spisla said, “and we had several people that were asking for demonstrations on how to use our systems, our programs and how to sign up for Prime membership.” 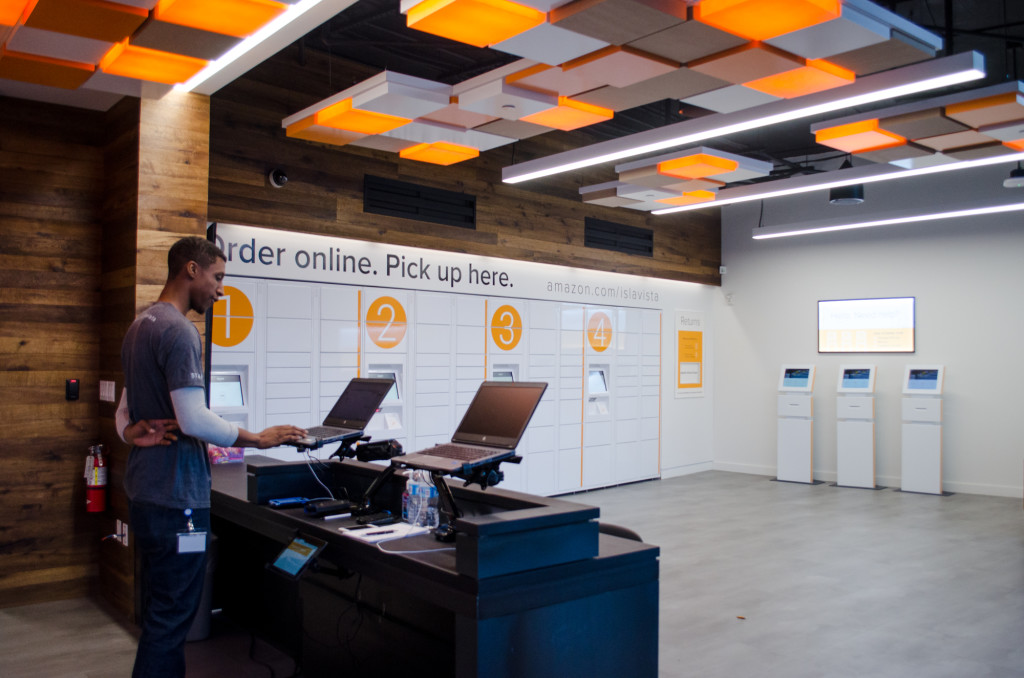 First-year global studies major Nick Salazar said he orders from Amazon weekly, and having same-day pickup available will be useful.

“It’s not that far, and I would rather walk 15 minutes than wait two to three days for Prime,” Salazar said.

Spilsa said the pick-up point has given away prizes to people that come in.

“We were giving away prizes such as Kindles, Fires, Firesticks, gift cards, anything like that,” Spisla said. “We had several winners the first day and second day and we were very excited there were some happy customers that just came in for a demo and won a big prize.”

According to Spilsa, the pick-up point is not limited to students.

“We wanted to make it attractive, not only for the students that go to UCSB, but also the general population that would want or would benefit from Amazon Prime memberships,” Spisla said.

Spisla said it can be difficult for I.V. residents to reach retail stores that are several miles away since the majority rely on bicycles and skateboards for transportation.

“[Amazon] was looking into the proximity of other locations where the general population can actually purchase items, what kind of retail stores are in this area as well, and we found that there’s not a lot around here,” Spisla said.

First-year economics and music double major Nick DiPierro, an Amazon Student member, said having the pick-up point open on weekends will be helpful.

“Our post office is closed on Saturdays and Sundays and closes at four,” DiPerro said. “Sometimes I’d like to be able to order things over the weekend.”

Spilsa said she hopes the new pick-up will become a part of the I.V. community.

“We’re excited to be the first site that’s actually off-campus, and to be able to be part of the community and build those relationships with the other businesses, meeting everyone that’s around this area, and working very closely with the students and general population that lives around here or works around here,” Spisla said.