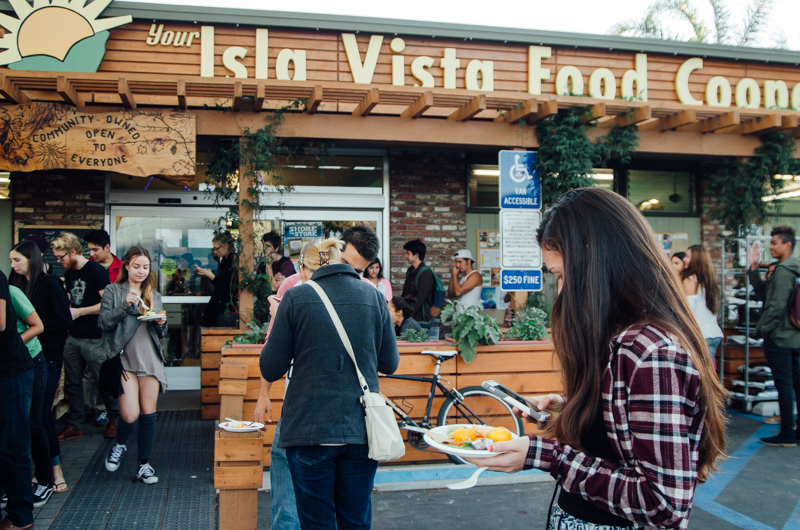 The Grazing Hour featured organic food provided by the three organizations and participating attendees, and UCSB alumnus Conner Cherland played solo guitar and sang for music entertainment. The first-ever potluck was held earlier this quarter in September in an effort to build connections with I.V. residents by sharing healthy food.

The event drew a crowd of around 70 to 80 people, according to Nguyen.

“We might have reached 100; I think there was a moment where it was pretty packed in here,” Nguyen said. “I think that [the Grazing Hour] has continued to grow and we hope that it continues to grow as folks are hanging out and chilling.” 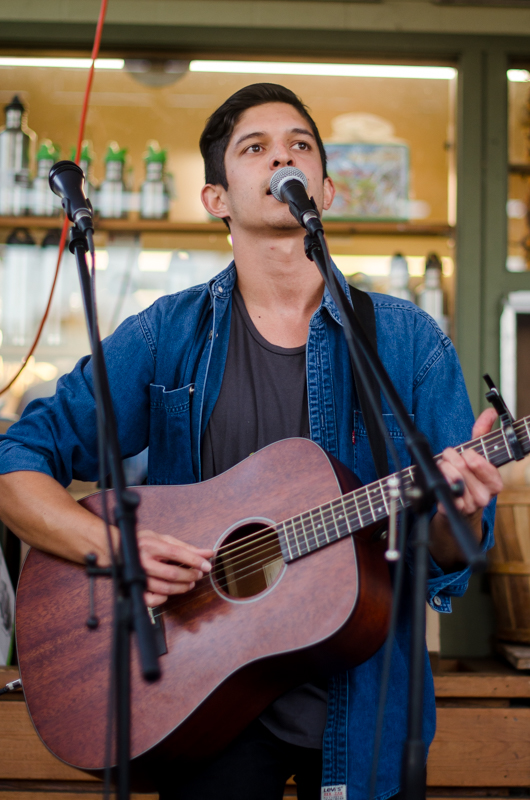 Nguyen said she feels it is important for the Food Bank to reach out to the community.

“We have engaged in some of these other activities in the community, just to kind of begin to engage folks in sharing food differently, and build some community beyond just our pantry,” Nguyen said. “So it was important for folks in our leadership to engage in something like this.”

Nguyen also said she hopes The Grazing Hour created a welcoming environment which Isla Vistans may not often experience.

“As we expand … even if this creates some sense for someone who just walked by, and who now is just coming in for and seeing this event happen, and they have that sense of community for this moment and for this month, ” Nguyen said. “Even if it’s once a month that they’re a part of something, it’s important.”

Fourth-year global studies major Ariana Richmond said the event connected her to other people in I.V. in a “chill” way.

“It’s just a great community feel, beautiful music, and food. You always meet nice people,” Richmond said. “The food was good, it was so healthy.”

Cherland said he was invited to play at the potluck after requesting to play on KCSB.

“I worked for Tuyen when I was a student at UCSB, and I recently reached out to KCSB to see if I could play on the air, and Tuyen was the one that picked up the request,” Cherland said. “So I got to play [at KCSB] on Tuesday, and she asked me to play this as well.”

Cherland said he enjoys events such as the potluck because it is more relaxed than the I.V. party scene.

“I like the idea of the community events, just because it’s calmer than a lot of the Isla Vista scenes, and as a freshman I would have liked to come to things like this, just where you can like chill out with your friends and relax,” Cherland said.

Fourth-year psychology major Diego Rivera said his favorite part of the event was the atmosphere.

“I really like the ambience, the mood; it’s really relaxed. I feel like everyone here is really chill,” Rivera said. “I enjoyed myself; this is definitely something I’d like to do again.” 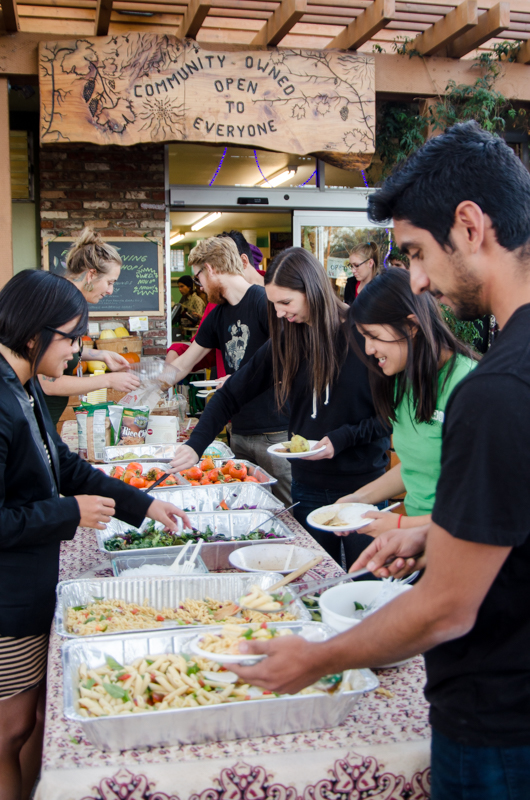