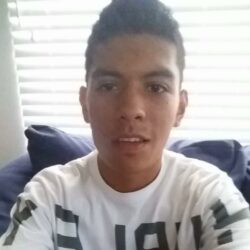 Sanchez died of “‘Acute hallucinogenic polysubstance intoxication,’ with an additional significant cause of death being, ‘Sharp force trauma of the upper extremity,’” according to a statement from the sheriff’s office.

The autopsy determined Sanchez was under the influence of two hallucinogenic drugs at the time of his death: ketamine, a dissociative anesthetic used in radiation and burn therapy, and 251-NBOMe, a relatively new drug without medical or therapeutic use that is sometimes sold as LSD and often purchased online, according to the World Health Organization.

“The noted sharp force trauma refers to a deep cut on Sanchez’s right forearm, which was caused when he apparently punched and broke a large residential window in Isla Vista,” according to the statement.

The Sheriff’s Office released the following information on the two hallucinogenic drugs found in the toxicology report: 25I-NBOMe is a powerful synthetic hallucinogen that is distributed in a number of different forms including liquids, blotter paper and powder. The most common method of ingesting 25I-NBOMe is orally. The most prevalent street names for this drug are ‘25I’ or ‘N-Bomb.’ Although 25I-NBOMe has been around for more than 12 years, recreational abuse rates for the drug have increased dramatically in the past few years, resulting in a significant number of hospitalizations for overdoses, as well as deaths. Ingestion of 25I-NBOMe can result in seizures, aggression, self-harm and agitation, distortions in space and time, psychosis-like symptoms, an abnormally rapid heart rate, increased body temperature, and rapid breakdown of muscle tissue. Existing case reports of 25I-NBOMe abuse indicates that there is a substantial risk of toxicity after ingesting limited quantities of this hallucinogenic substance. Ketamine is an anesthetic, with hallucinogenic properties. Common street names for ketamine, include ‘K’ and ‘Vitamin K,’ among many others. Although it was developed in the early 1960’s as an anesthetic, its popularity as a recreational hallucinogenic drug has increased dramatically in the past ten years as result of its association with “rave” dances. Misuse of ketamine can result in hallucinations, delirium, irrational behavior and progress into cardiovascular and respiratory irregularities.

Sanchez was also under the influence of marijuana at the time of his death, according to the statement.

Read the full press release below:

The Nexus led me to believe that he died as a result of racist cops, firemen, and paramedics. Now I learn that he died largely at his own hand?

So it seems there are some respectability politics here. I don’t doubt the witness’s accounts that the police and paramedics didn’t do their jobs correctly and that skin color played a part in that, but with this new information the issue will most likely be forgotten about and he will just be a student who overdosed.

Why wouldn’t you doubt their account? They admitted themselves that they were hysterical and that they expected the firefighters to get drenched in some random dude’s blood. Nothing they said supported their argument that his skin color played a part. The guy died 2 hours after being admitted to the hospital. It was already too late to save him when they called 911. These students have recently learned buckets of info about racial injustice but they don’t have enough external experience with it to know what not-racism looks like. Unfortunately, I’m not sure they’re ever going to learn now that… Read more »

What no one ever thinks about is the effect these types of accusations have on the families of First Responders. Our loved ones go to work each day to serve and protect yet without waiting for any actual facts they convict them of horrible crimes. All of us would be better off if you all would be responsible for your own actions and actually respect yourself enough to stop doing harm to yourselves.

To ‘Huh’, ‘Pretzel’ “Barb’ and ‘So What’, it should be obvious that having a severe cut which leads to profuse BLEEDING will kill you whether you are high on different drugs or not… Had first aid responders/fire fighters/paramedics/police actually arrived on time and responded to the situation with the urgency it deserved they could have stopped the bleeding by simply applying a tourniquet and rushing him to hospital so that by the time he got there could have most probably lost his arm but his life would be saved. A friend of mine who’s a nurse was there that night… Read more »

You can “what if” all day long but that’s not evidence of any wrongdoing. The witnesses shared their INTERPRETATION of what happened. It’s not racism just because someone says it’s racism. They provided no evidence whatsoever that suggested racial discrimination, even if they were correct that the first responders were dragging ass. They saw something bad happen to a brown person and declared it to be racism because of their own biases. Go read their side of the story again while removing their interpretation of what happened. Find me some evidence.