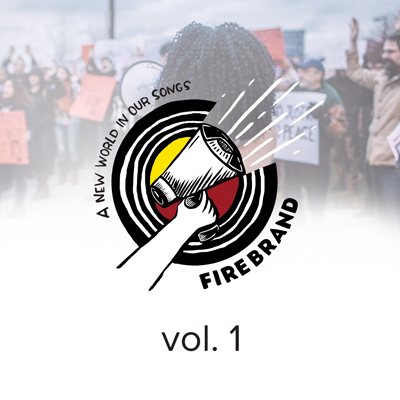 Ryan Harvey of the Riot Folk Collective and Tom Morello, the guitarist for Rage Against the Machine, are coming to SOhO on Nov. 16. The duo aims to capitalize on the Che Guevara T-shirt-wearing, Occupy Wall Street spirit with their roster of up-and-coming underground musicians. Boasting a smattering of genres, from folk to hip hop to punk rock, and a variety of artists, from Harvey himself to Ramy Essam, the most famous musician to arise out of the rebel music scene of the Arab Spring, their label Firebrand Records launched in June.

Ryan Harvey was kind enough to speak with the Daily Nexus and offer some insights into the realm of underground, politically motivated music. “So we’re just like watching the World Cup, and I was like, ‘Dude, let’s start a record label,’” Harvey said. Harvey reached out to his fellow folk activists and contacts in the world of radical left political music, and with Morello birthed a new label.

Harvey himself will perform at SOhO on the 16th, along with three other musicians from the Firebrand label. “These are artists that not a lot of folks have heard of and have been doing stuff in the underground music world for a long time,” said Harvey.

The Last Internationale alternates classic rock and punk influences with their energetic and often melodic rebel-rock sensibilities. Their sole album, We Will Reign, features a slew of radical, fist-pumping denunciations of all things corporate and militaristic. When a band writes a song called “Life, Liberty, and the Pursuit of Indian Blood,” you know you’re in for hardcore protest music. They even have an album review from Bill Ayers, the 1960s “terrorist” who the Republicans tried to tie Obama to in 2008.

Built for the Sea remains the least political of the four bands, but still uses their haunting melodic style to take on global warming with “Sinking Ship.” The band pairs indie rock vocals with ambient electronic sounds to craft a unique style.

Bell’s Roar blends a unique mix of synth-pop, soul and electronic influences to create poetic compositions. Sean Desiree’s Bronx roots shine through, and her music becomes a medium with which to explore issues of her genderqueer identity.

Ryan Harvey himself is all folk. Like an angrier, shriller Bob Dylan, he pursues corporate oppression with a vengeance and an acoustic guitar. Harvey often builds up frenzied and frenetic melodies vilifying American foreign policy and racist ideologies. No stranger to activism, Harvey touts the message of his anti-war organization, the Civilian-Soldier Alliance, along with a host of other topics. “I’ve got things about the refugee crisis and things about the Arab Spring protests and Black Lives Matter,” Harvey said.

The Firebrand label aims to reintroduce many mainstays of the underground folk and activist music worlds. The upcoming show offers the opportunity to see these artists on their way to taking their radical messages and cutting-edge sounds to more mainstream audiences. “It’s a chance to hear hard-hitting music about relevant current events and issues, and given that we’re in such a political time period right now in the world and in the country, we’re trying to complement that in song,” Harvey said. The show promises to be both thought provoking and entertaining, and Harvey makes going or not going an ultimatum: “I don’t know when it will happen again in that area.”