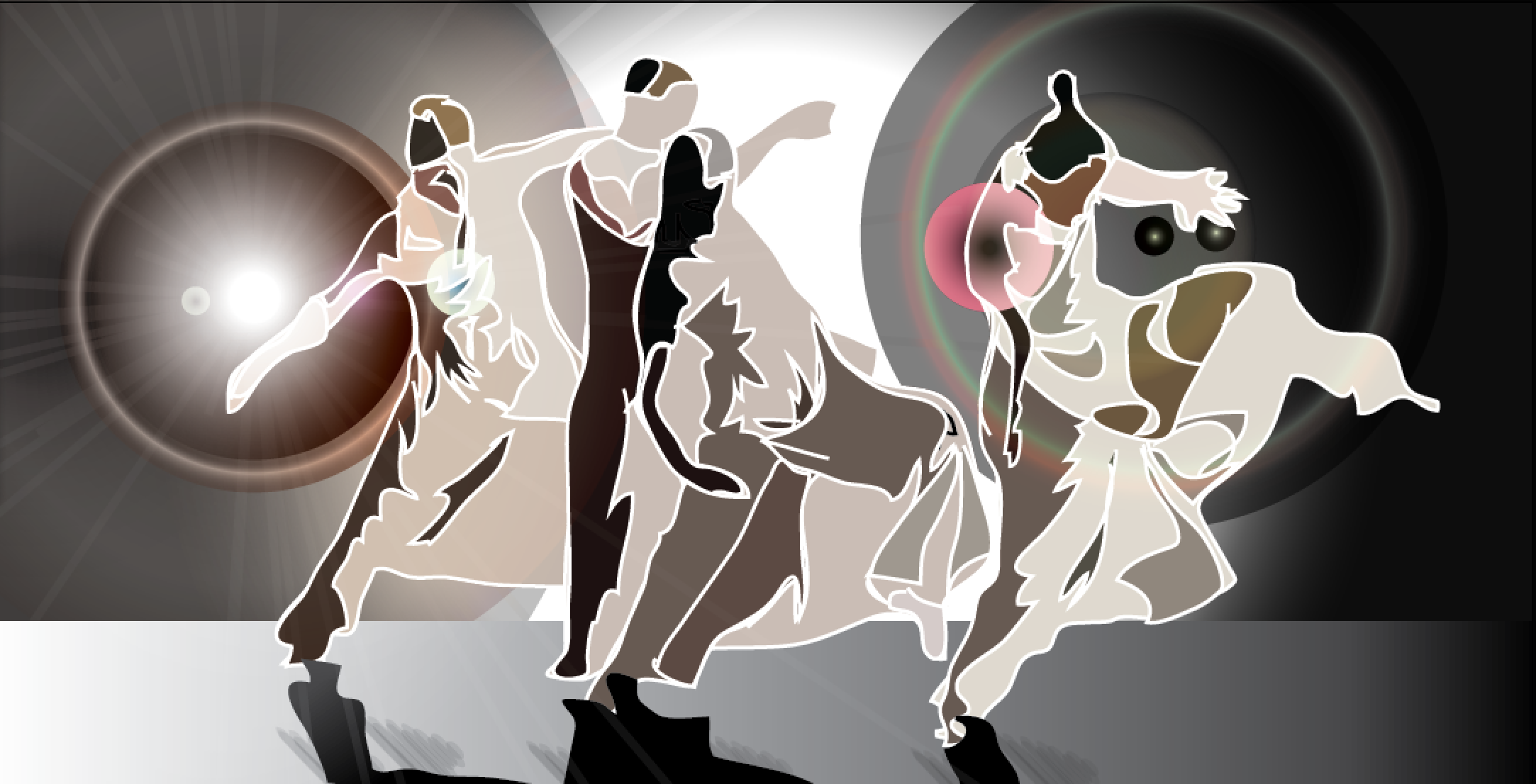 This Tuesday, dance appreciators swarmed the Granada Theatre for a performance by renowned dance company Akram Khan. Unlike most companies, Akram Khan only performs a single piece, titled “Kaash.”

After about 10 minutes of waiting for the performance to begin, a shirtless male wearing a black, ankle-length trumpet skirt strode in while the house lights remained on. Three other women and another man entered the stage and began prancing around the center man. Their brash movement gave the dancers an aesthetic of warriors in battle.

While the man in the skirt remained still, four dancers traveled in grounded steps through the stage’s vast space. The skirted man suddenly took a series of striking movements highlighted by the generous sways of the skirt. Then the small yet mighty group of five dancers finally danced together for the first time in a diagonal line formed from upstage to downstage. The intense, loud music transitioned to complete silence.

The five dancers initiated a roll off in a straight line that made them seem as though they were baby ducklings readily following their mother. The repeated movements in different timescales were disorienting to the eyes. After building to the peak of their piece, the dancers transitioned to sitting on the ground observing each other.

Artistic director Anish Kapoor’s scenic background suddenly transformed into a deep blue-purple background with floor lighting. While the woman performed a solo in silence, contrasting abruptly with her previous spastic, awkward positions entering and exiting the floor, the man in the skirt stood in the same place he stood initially. The trumpet skirt’s characteristic sweeping movements mirrored the man’s lanky, tall and muscular body. The lights highlighted his glistening sweat. Some viewers criticized the performance for the extensive use of stillness and silence, but using these elements emphasized the performers’ movements, intent, attention to detail and authority on the stage.

After the lull of silence, mysterious repeated echoing phrases encapsulated the speakers. As the movement picked up in pace, beatless, ambient music and Indian phrases slowly surrounded the stage. A quiet whisper of varying strings played on loop, building to an unnerving gust of sound around the theatre. Numerous elderly persons sitting in the orchestra section rudely left early during this segment, but little did they know, the music promptly ceased and the background changed to an exhilarating red, with lighting from above. The man in the skirt began throwing and undulating his limbs rashly — he seemed as though he was frustrated, angry or annoyed with himself.

Akram Khan, a man of Indian descent who grew up with an English heritage, was inspired by his training in classical Indian Kathak, into which he incorporates contemporary dance components. Thirteen years ago, the renowned choreographer Khan, artistic director Anish Kapoor and composer Nitin Sawhney created the company’s first full-length work. The intriguing title, “Kaash,” means “if only” in Indian. One of the dancers noted how the word initiates her imagination and inquisition, because “if only” causes her to think about her possibilities.

According to Akram Khan company website, the dancers try to embody “Hindu Gods, black holes, Indian time cycles, tablas, creation and destruction.” In a Q&A session after the show, an audience member asked if the black hole implies a physical or spiritual “one.”

Kapoor created a James Turrell-esque set design — a black square with white exterior edges and gray outlining. The “simplicity of the square” that morphed into various colors depending on mood and music allowed “people to think whatever they want.”

Anastasia McCammon, third-year dance and art history double major, noted that the “intricacy and speed of their movements is absolutely mesmerizing and powerful to watch.”

The packed performance lasted an hour without an intermission or pause, which allowed both the dancers and viewers to remain engaged with the dance’s story. Although many audience members disliked the lengthy use of stillness and silence, the dancers’ ability to remain in sync with or without musical cues displayed their musical and spatial awareness.

Akram Khan is not of Indian descent. He was born in England, into a family from Dhaka, Bangladesh. see Wikipedia.