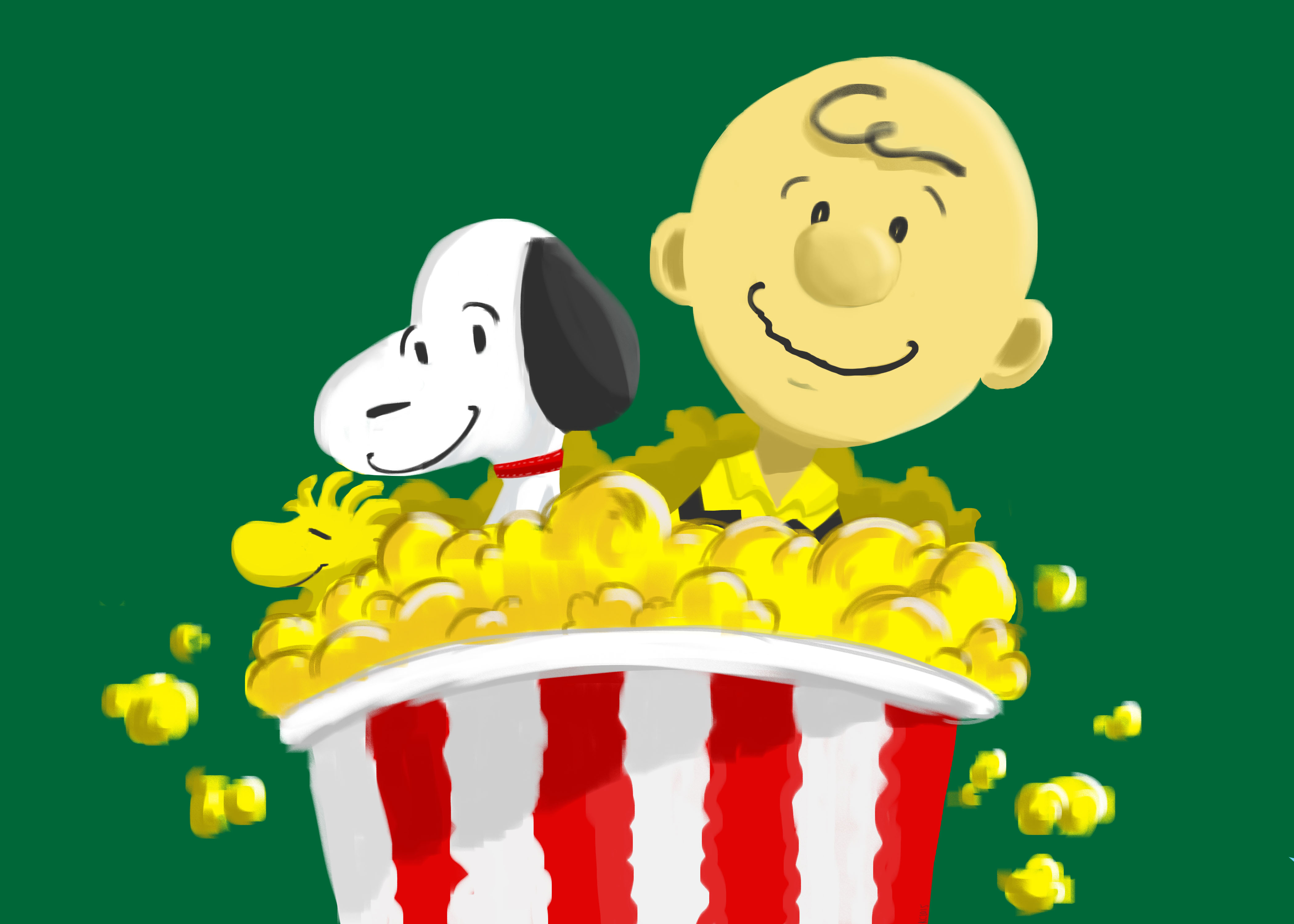 I may have shot myself in the foot here by choosing to review a film mired in a universe I am only somewhat familiar with. And I doubt very many people will want to go see a rated-G film in lieu of “Spectre,” which will probably go on to earn a billion dollars like its predecessor. However, if I were to choose between seeing James Bond inevitably kick some ass or see “The Peanuts Movie” again, I’d go for the latter option in a heartbeat.

That’s because “Peanuts,” written by the son and grandson of mastermind Charles Schulz, is flipping adorable. It’s hard not to fall in love with resurrected world of Charlie Brown and company. In addition to getting the tone of the world just right, “Peanuts” mixes nostalgia and new elements in fun ways. The art design is the same, but in CGI. It holds up 95% of the time, apart from a moment when two children talked and their mouths hardly moved. Purists need not panic, there are a few 2D sequences thrown in to spice things up. The classic “Linus and Lucy” comes back for a fitting encore, accompanied by “I’m Better When I’m Dancin’,” a fun little beat by Meghan Trainor. Snoopy even catches a break with his arch nemesis! Some will probably disapprove of these changes in formula. I have to admit, hearing the aforementioned songs side-by-side is a little jarring. It’s like listening to “Love Me Do” then “Radioactive.” If you can get over the feeling of anachrony then you’ll probably fall head over heels for this revival’s irresistible charm.

“Peanuts” follows the honorable Charlie Brown (Noah Schnapp) in his quest to impress the Little Red-Haired Girl, who has just moved into town. As his attempts humorously blow up in his face again and again, Snoopy (voiced from beyond the grave by Bill Melendez via archive recordings) finds inspiration from his owner’s repeated failings. He writes a new, romantic tale of him fighting the Red Baron, providing welcome breaks in between the main story, as well as changing the scenery from “Peanuts” to something more along the lines of “Planes: Fire and Rescue” because there are planes, and forests … I need to watch more movies.

While watching Snoopy and Woodstock fight the good fight against the forces of imagined evils is fun enough, all emotional investment rests with Chuck. I’m sure a lot of us can relate to the unease he feels with approaching and impressing his crush; we want to see him get the girl. But at the same time, when he is presented with choices that would hurt others as a result of that pursuit, we want to see him do the right thing as well and the film knows it. Scenes like Charlie giving up his slot at the talent show to help his little sister to be her bull for her rodeo routine hit home … grah! This film is too dang cute!

Now, I think it’s worth noting that, adhering to “Peanuts” tradition, the entire cast (barring animals) is voiced by children. This is a rarity as usually in animation, adult voice actresses voice children, both male and female. Not so here, which really helps drive home the feeling that you’re watching “real” kids. A good thing too, considering much of the humor involves watching Charlie Brown’s classmates say and do things that seem both childlike and adult, from Lucy romantically pursuing the indignant Schroeder to Sally Brown capitalizing on her brother’s newfound fame by giving tours of their house to her interested friends.

However, as the film went on I started to get the sense that the movie’s humor was not intended for modern day children, because a lot of the jokes were smart and considerably mature. While talkative tots I saw the movie with laughed at the fart gag in the trailer for the new “Alvin and the Chipmunks,” they were completely silent when Charlie Brown went on a snipe hunt for ‘Leo’s Toy Store’ by ‘Warren Piece.’ Add that with lines like, “What if I’m not ready for a serious relationship? I can’t afford a mortgage!” and “Your analysis of this literary classic is beyond reproach,” the children on-screen may as well have been speaking to their real-life counterparts in Latin. At least they cooed when Charlie blushed in the presence of the Little Red-Haired Girl, so I cannot say they were totally uninvested.

As I conclude what I think actually may be my longest review yet, I want to say that “Peanuts” may not appeal to everyone. If you didn’t grow up with the Great Pumpkin or never had popcorn for Thanksgiving, chances are you’ll feel better watching “Spectre,” and that’s fine. But if you’re willing to indulge your nostalgia or let your inner child out for a day, go see “The Peanuts Movie.” Where else outside of a bad acid trip will you see a dog flying his house like a plane?

Alex Wehrung is a big ol’ softie at heart. He is currently watching “Fargo” to correct that.