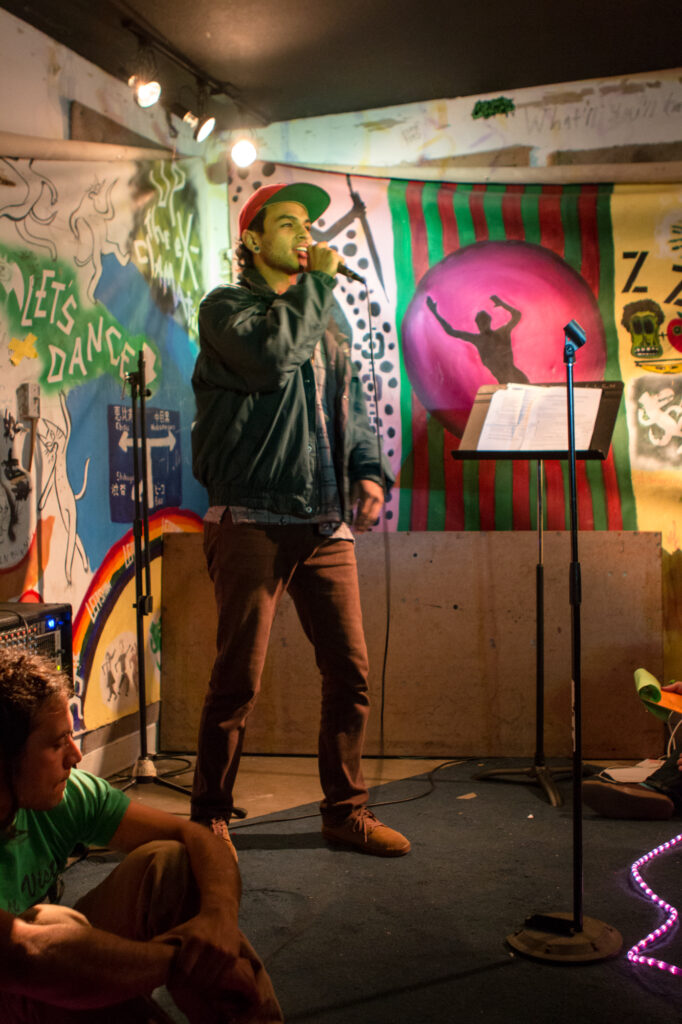 Students and I.V. residents gathered at the Biko House, a student housing cooperative in Isla Vista, for the MultiCultural Center’s open mic event Tuesday night, featuring Vietnamese-American spoken word artist MC Fong Tran.
Tran focused on how to artistically express issues affecting students of color, encouraging people to participate and share their own stories. As the night continued, attendees shared their personal experiences from the stage via poetry, spoken word and rap.
Tran said the open mic list was the most important thing making its way through the crowd.
“I know it’s one of the most intimidating things to get up on stage and share work in front of strangers that you never met before … but for me I hope these words are the purest form of liberation,” Tran said.
Third-year political science major Marquel Carnell said performing made him introspective.
“It made me think about love and freedom, oppression, my heritage,” Carnell said. “It made me think about a lot of things and that’s what’s so cool about these open mics.”
Fourth-year global studies major Lannhu Khuat said the event was her first time in the Biko House and the crowd was very supportive of different backgrounds.
“It was just amazing to be a part of an environment that welcomed so much diversity,” Khuat said. 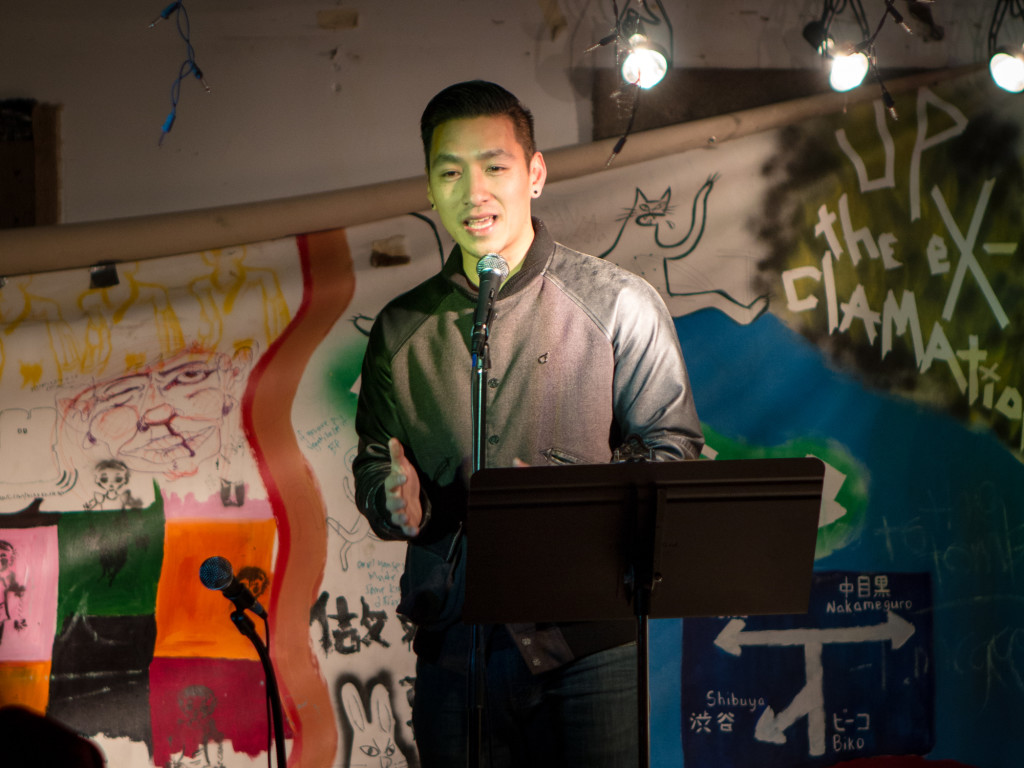 Third-year art history major Abraham Lizama said open mic events are places where people can share positivity, adding that he has been attending open mics for years.
“It’s powerful in the sense that when a person shared, you felt what they felt,” Lizama said. “You can see everything that they were saying and that’s why I love coming to these events because it’s an experience that you don’t get elsewhere.”
Tran said educating people on issues affecting minority students is an important part of creating a welcoming environment.
“You have to be conscious about the issues happening in society and recognize them … such as racism and forms of oppression,” Tran said.
Tran said it can be easier to sing or rap about societal issues rather than discussing them.
“There’s ways to be true to those struggles but at the same time celebrate and heal,” Tran said. “We had a packed house, we had a super diverse community that came on, the energy was high and I couldn’t imagine a better event … It was really impressive that people seek these spaces.”

A version of this story appeared on p. 9 of the Thursday, Nov. 12, issue of the Daily Nexus.