The Daily Nexus
News
Jennicet Gutierrez Advocates for Marginalized Groups at the Hub
November 8, 2015 at 10:23 am by Jonathan Mendez 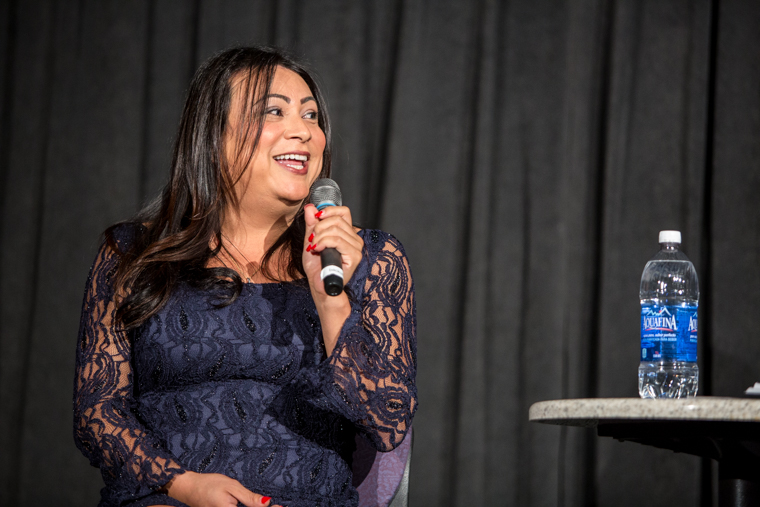 Trans Latina activist and undocumented immigrant Jennicet Gutierrez spoke in the Hub Thursday evening in the final installation of the Trans Revolution Series hosted by the UCSB Resource Center for Sexual & Gender Diversity.

Gutierrez discussed her rise to prominence after interrupting President Barack Obama during the White House’s LGBT Pride Reception in June. At the reception, Gutierrez called the abuse of detained LGBTQ undocumented immigrants to Obama’s attention, demanding an end to their deportation.

Gutierrez said trans women who are also undocumented immigrants are placed in detention centers along with men, creating a situation where they often face harassment.

“Some of the conditions that our undocumented transgender women face is very heartbreaking and dehumanizing,” Gutierrez said.

“Zoraida [Reyes] showed me that we have the capacity to be at the center of the movement, to join the conversations, be an important part of it and move the movement in the right direction,” Gutierrez said.

Gutierrez said she sought legal advice before interrupting Obama at the White House and was told not to speak out because she could face criminal charges.

“I was being told to shut up, to take all the abuse — ‘You are a trans woman, you are undocumented, you are nothing,’” Gutierrez said.

Gutierrez said she is tired of being “dehumanized” and will challenge power even at the cost of her own life. 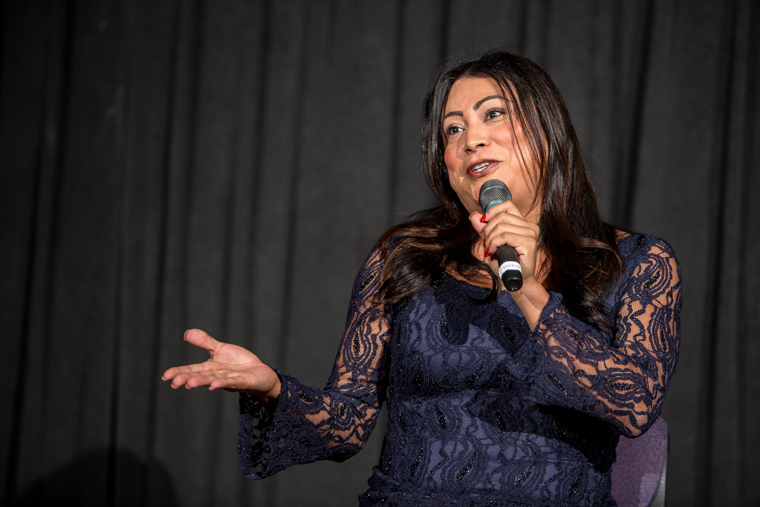 “My power has been taken away so many times, but by confronting the president, I regained my power and I regained my dignity,” Gutierrez said.

Gutierrez said that everyone is important in the movement to defend the rights of LGBTQ undocumented immigrants.

“We are the true leaders,” Gutierrez said. “Just the fact we exist is revolutionary. We are challenging the norms, social injustices.”

Director of UCSB’s Resource Center for Sexual & Gender Diversity David Whitman said it is important to host activists like Gutierrez because students of color and undocumented students grow up with few role models they can identify with.

“[UCSB is] providing students with possibility models, where people can see themselves represented, sometimes for the first time in their whole life, [and] are able to gain a sense of confidence, sense of empowerment, a sense of encouragement,” Whitman said.

“If you want to make change, do so with respect; do so where you get your message across while you are respecting the people around you,” Uribe said.

Second-year political science major Mariel Islas said she first met Gutierrez at the UC Student Association congress last year and was compelled to attend Thursday’s discussion after seeing her take a stance at the White House.

“She is a trans Latina woman and undocumented — that’s a lot of marginalized communities and identities into one person, and just seeing her have so much power and so much courage — it’s inspiring,” Islas said.

Gutierrez said she enjoys reading poetry and concluded the evening by reading the audience a poem she wrote.