The Daily Nexus
Music
ASPB Thrills ThunderDoom with Witch and the Tantrums, Spook Dogg
November 5, 2015 at 5:00 am by Frank Horne 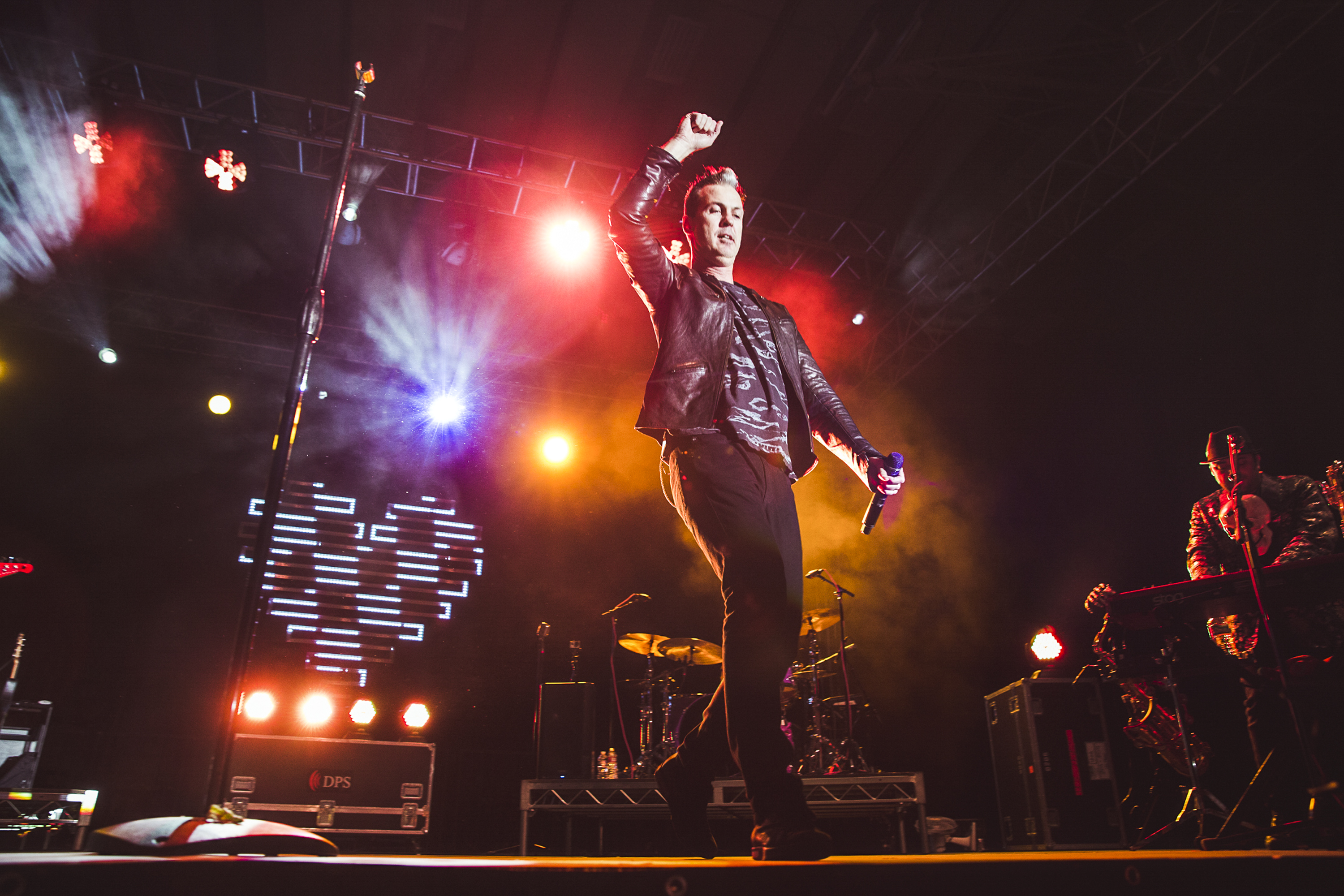 Delirium, the latest in the school’s series of Halloween shows designed to shepherd rowdy hordes of Isla Vistans away from the weekend’s police-prowled streets, was a two-day fest of crowds and costumes that went down as one of A.S. Program Board’s most successful shows yet.

Friday’s show opened with synthpop songstress Allie X. Labeled on Delirium promo pieces only as special guest and announced day-of on the event’s Facebook page with little pomp, the audience carried few expectations with them as they arrived on Friday night. So, technically, X lived up to those expectations. Arriving on stage suddenly and almost inconspicuously, X dove into a set of indistinct poppy tracks foregrounded by the continuing conversation of the assemblage below her. Her relative stiffness throughout topped by the tinted pair of IMAX shades she kept on made her an almost nondescript onstage apparition; the energy of her music alone, though present, was not a force strong enough to carry her act. Despite her ripeness, X seems ready to grow and make a name for herself (even if that name sounds more suited to an adult film star than a singer).

Speaking of names, Fitz and The Tantrums lived up to theirs, throwing an absolute fit on stage. Lead vocalist Michael Fitzpatrick, co-lead Noelle Scaggs and the four other Tantrums graced Delirium with enough frenetic dance moves, groovy beats and simple audience interaction to get feet and chests beating in time with the palpitations of the lit-up geometric heart that served as their onstage visual. The Tantrums riffed seamlessly through hits and lesser-known jams alike, maintaining a level of soulful rapport with the 3,500 students below them who reached a fever pitch with a cover of Eurythmics’ “Sweet Dreams (Are Made of This).” Though the L.A. sextet takes its name from frontman Fitzpatrick, perhaps Fitz, Scaggs and The Tantrums would prove a more accurate name, as Scaggs’ restless step and spirited calls to the crowd elicited more of a response from the audience than the band would have been able to muster in her absence. The Tantrums left the stage before performing their two biggest hits, a tacit sign of an impending encore that the audience nonetheless called out for with gusto. After returning and rocking out to “Moneygrabber” and “The Walker” (the latter of which had the whole crowd whistling along, though it was hard to tell over the blare of the speakers), Fitz and The Tantrums graciously departed. The skeletons, tacky tourists and other various costumed folk below dispersed to move on with the night’s activities.

Halloween night was always bound to be the busier of the two, trading in a contemporary pop radio act with a full-blown hip-hop legend. The lucky 5,500 Gauchos who braved lengthy lines and unresponsive webpages for their sold-out tickets got tricked out in costume, ready for a treat. Opening for Snoop Dogg was Atlanta “trapstep” trio Watch the Duck, performing a set of original songs interspersed with a liberal dose of ranting from frontman Jesse Rankins and a hodgepodge of covers including Rae Sremmurd’s “No Type,” Travi$ Scott’s “Antitode” and Oasis’ “Wonderwall.” Rankins continually reminded the audience that the show was “not a concert; it’s a party,” but the sentiment failed to reflect as much in the crowd as it did on stage. The giant duck-headed bass player was gimmicky in a Chuck E. Cheese animatronic way, and the heavy reliance on early Skrillex-style dubstep seemed anachronistic. And the audience was waiting. No duck could satiate the hype for the D-O-double-G.

That wait would continue for quite a while; despite an ASPB member’s 11:15 p.m. introduction, Snoop didn’t take the stage until after 11:30. Donned in a track jacket and a festive rubber pug mask, the Dogg and his pound jammed out on stage for a few moments before removing their masks and diving into a slew of rap anthems. The set was a decades-spanning catalog of hits worthy of Snoop’s grey hairs, and “exactly what I wanted from Snoop Dogg,” said second-year Yarden Refaely.

“He played the first verse and chorus of every song I knew.” These songs included classics like “Gin And Juice,” “Ain’t No Fun,” “I Wanna Love You,” “Who Am I (What’s My Name)?” and, of course, “Drop It Like It’s Hot.” Snoop also paid homage to icons living and dead, performing verses off Dr. Dre’s “Still D.R.E.,” The Notorious B.I.G.’s “Hypnotize” and 2Pac’s “California Love” (though unfortunately sans hologram). Bolstered by his crew, including the antics of mischievous mascot Nasty Dogg, the chosen son of the LBC was as on fire all night as the contraband students smuggled in with them. The crowd definitely synced up with Snoop’s top-shelf vibes, though as second-year music studies major Peter McMaster noted, “Wall-to-wall in the Thunderdome is a lot of people,” and many concertgoers retreated to the sidelines to find themselves some breathing room. Despite some crowding issues, everyone was able to come together as Snoop bade us goodnight under a canopy of cellphone flashes and lighter flames. After back-to-back nights of ASPB and the artists hitting it out of the park, it was clear that UCSB had made this Halloween weekend one for the books.

But on the way to and from the show each night, the blockades, checkpoints and packs of cops sweeping through streets of I.V. told a different story. Snoop told us that California knows how to party; have we proved him wrong? Have we disgraced the memory of Pac? Is he looking down upon us now from his Cuban cabana, hanging his head in disgrace? Are we not as young, wild and free as we so brazenly testified at the close of Snoop Dogg’s set, but instead some lamer tricolon of complacency? While such high profile and irresistible concert billings are hard to pass up, they also make it easy to forget that the proverbial right to party is being stripped from us; the true cost of a five-dollar Delirium ticket is worth reflecting upon. The shows were undoubtedly a treat, but perhaps we have all fallen for a trick both arbitrary and unfair. 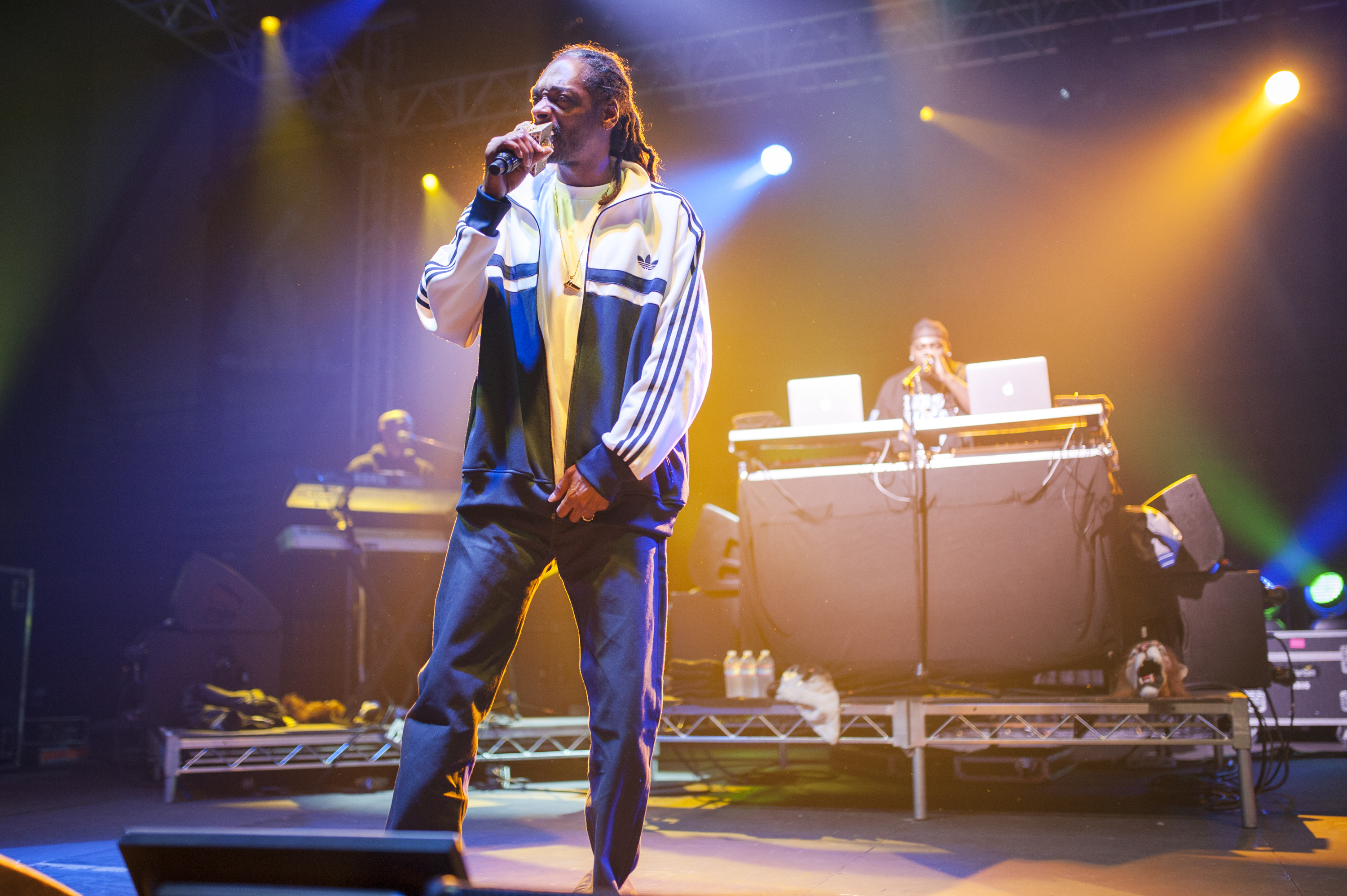 The author of this article has it right, but here’s what you can do!
http://www.buzzfeed.com/halloween2/top-eight-reasons-for-halloween-2-in-iv-1ya7b