The Daily Nexus
News
Aizzah Fatima To Perform Her Play ‘Dirty Paki Lingerie’
November 5, 2015 at 5:00 am by Siboney Arias 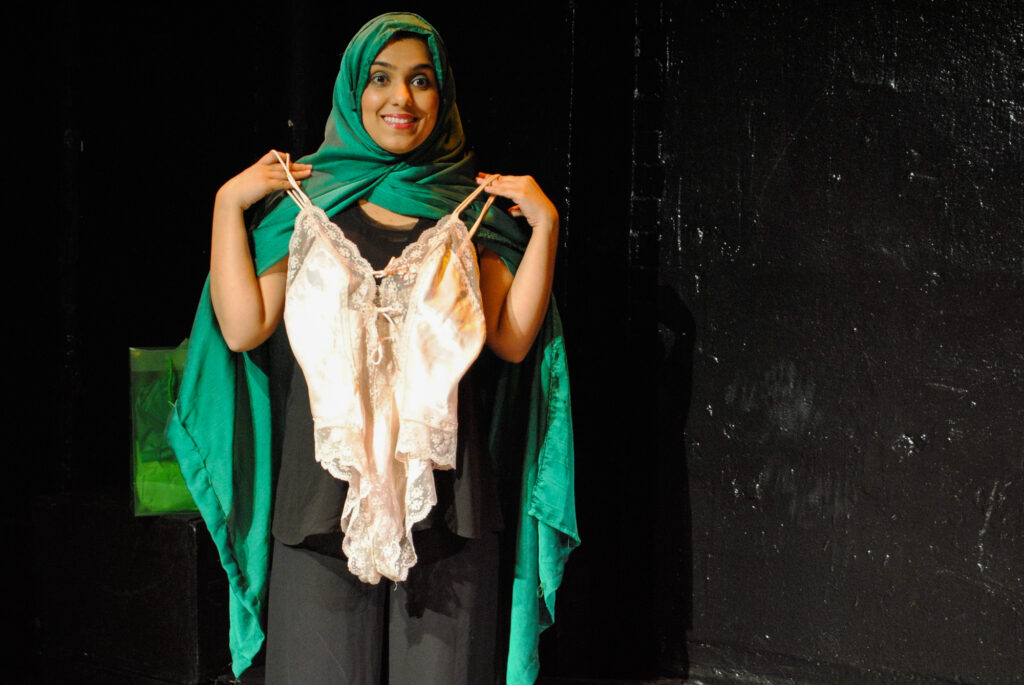 Fatima’s play intertwines sex, politics and religion as the six women discuss their lives during a heavily Islamophobic time in America while drying their lingerie. The play aims to dispel stereotypes of Muslim culture and women.

“This play was really hot — up and coming,” Mohsenian-Rahman said. “It fit within the narrative and algorithm that the MCC uses, that intersection of diversity, relativity and being current.”

Mohsenian-Rahman said the purpose of the show is to educate UCSB students about the often negatively portrayed culture of Pakistani women.

“There is such a heightened sense of Islamophobia and aggression towards anyone in proximity to that faith in this country that I think anything that you can utilize to cut down at that kind of aggression is beneficial,” Mohsenian-Rahman said. “I think that a play like this might hit the mark for some in breaking down those barriers, and perhaps not for others.”

Muslim Student Association (MSA) member and third-year CCS literature major Heeba Kaleem said because Fatima is Muslim, her performance will offer an accurate perspective on what it is like to be stereotyped.

“It’s not just someone who doesn’t know anything about Muslim culture or may have stereotypical understandings of what being a Muslim in America is like, so I’m happy there’s some kind of story being told,” Kaleem said.

MSA member and third-year economics and math major Nihal Hakim said he thought the title of the play is offensive to Pakistani people.

“At first when I saw the event name, “Dirty Paki Lingerie,” my first hang up was on just the name, or the use of the word Paki,” Hakim said. “Paki is a racial slur, especially in the UK, but also to a certain degree in the U.S. It’s a word that really brings down a whole community of people.”

Hakim said the image on flyers for the event of Fatima holding piece of lingerie while wearing a hijab is a false image of what it is like to be a Pakistani woman.

“It relies on the stereotypes of the Muslim woman — the Pakistani woman — being somewhat different and that difference being an oppression and that oppression can only be alleviated by a very specific type of post-colonial westernization,” Hakim said.

Mohsenian-Rahman said she encourages people to watch the show with an open mind despite the backlash from students and alumni.

“I would encourage them to think twice and come to the event to think about what the ultimate goals of the play really are,” Mohsenian-Rahman said. “It’s not necessarily perpetuation; she’s not trying to participate in stereotyping ourselves or themselves or yourselves, she’s trying to combat them.”