The Daily Nexus
News
UCSB To Establish Chapter of Students for Sensible Drug Policy
November 5, 2015 at 5:00 am by Olivia Pla 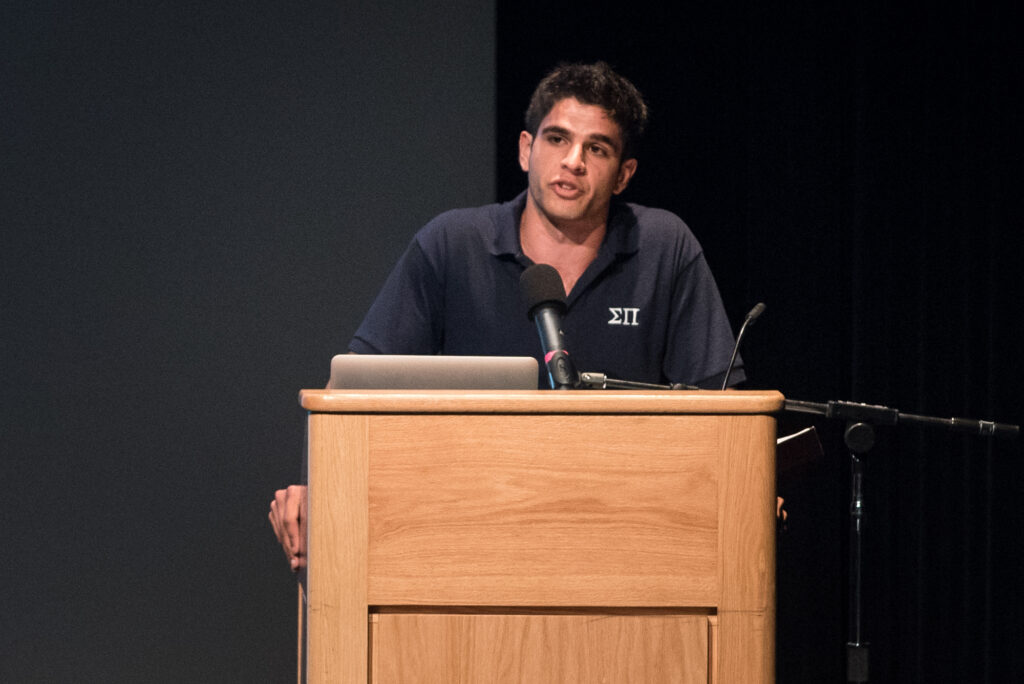 Students Cole Garcia and Ashcon Minoiefar are in the process of establishing a UCSB chapter of Students for Sensible Drug Policy (SSDP), an international organization advocating an end to the “war on drugs” approach to substance control.

Garcia, a second-year biology major, and Minoiefar, a third-year history of public policy major, aim to educate students on the war on drugs, explore alternative approaches and promote smart decisions regarding drug use. A group of students at the University of Massachusetts Amherst led by Shea Gunther founded SSDP in 1998, and the organization has grown to include thousands of members from hundreds of campuses worldwide.

UCSB’s SSDP chapter is currently going through the campus organization registration process with the Office of Student life and seeking a faculty advisor, but has already been active on campus and has a club constitution. For a chapter to be officially recognized by the organization, it must have at least three students and actively organize on campus.

“For example, the UC Davis chapter is currently spearheading a Good Samaritan policy at their school and would like to make it a statewide effort,” Fu said in an email. “Part of my job is facilitating those relationships and partnerships.”

Garcia said he hopes to help install a local Good Samaritan policy, which would grant legal immunity to someone who calls the police or medical personnel for an injured person.

“A lot of times a person’s friends or peers are scared of law enforcement and the repercussions that would come with calling an ambulance and getting the authorities involved,” Garcia said. “We’d like to make it easier for people who need help with drugs and alcohol to seek help for something like an overdose.”

Garcia said he hopes to convey to students the many effects of national and local drug policy.

“I’d like for SSDP to educate students on how drug policy is related to a variety of other social issues, like unemployment and the economy, education, health care and racial injustice,” Garcia said. “If students understand how reforming drug policy will improve society in these other areas, then they will understand how necessary drug policy reform actually is.”

To publicize the new chapter, members have been tabling and handing out information around campus. Garcia plans to eventually hold documentary screenings and invite guest speakers to campus to discuss drug policy.

First-year political science major Catherine Lee says that SSDP will be a good addition to UCSB’s campus organizations because many students do not understand the implications of drug policy and the effects of drug use.

“It sounds similar to what we learned in AlcoholEdu online over the summer, but I think this program will be more successful in communicating messages to students if they do everything in person through things like guest speakers and events,” Lee said. “Unfortunately, I don’t think most students registered most of the information presented to them online in AlcoholEdu.”

Minoiefar said he decided to create the UCSB chapter of SSDP because he felt not having a local Good Samaritan policy discourages students from aiding others in in dangerous situations to avoid legal repercussions.

“A big thing the chapter can do is push a policy like the Good Samaritan policy at the university,” Minoiefar said. “The school can put in its policy that if you get help for someone in need … and if it is decided that a person did it in good faith, they won’t be in trouble.”

As the new chapter of SSDP grows at UCSB, Minoiefar said he hopes to amass a big enough following to continue running the program once both co-founders graduate.

“These types of initiatives, like the Good Samaritan policy, tend to die out when a student like me leaves because then all the information and things I’ve learned leave with me,” Minoiefar said. “By building this chapter, we hope to be able to create new student leaders who can continue this.”