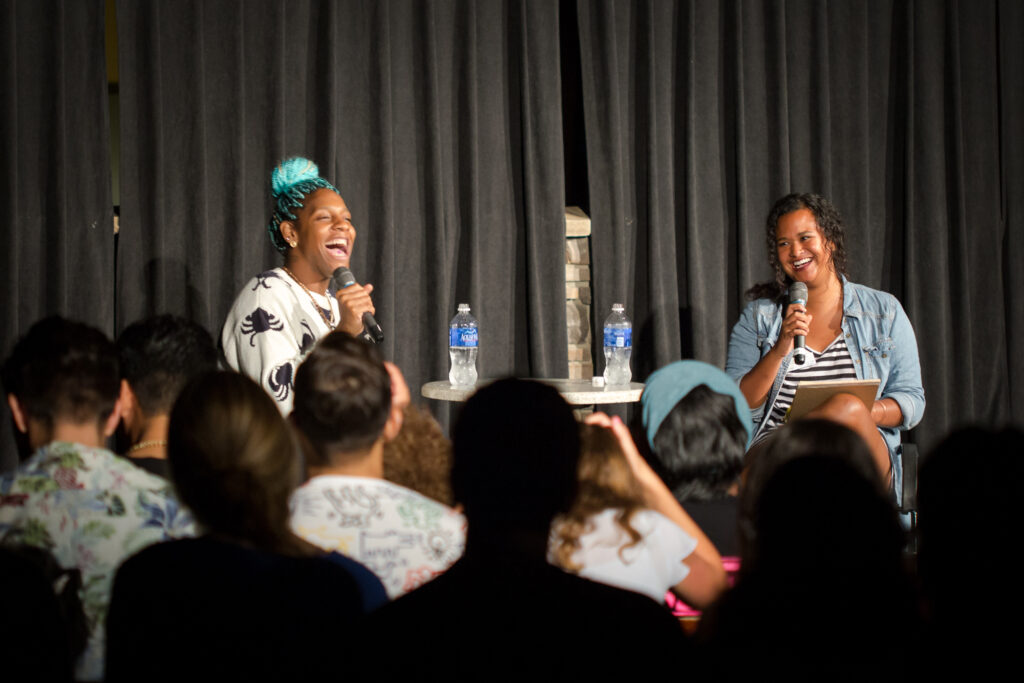 The UCSB Resource Center for Sexual & Gender Diversity hosted a discussion with LGBTQ activist CeCe McDonald on Thursday, Oct. 22 in The Hub as part of its Trans Revolution Series.

CeCe McDonald is a black transgender woman who gained media attention in 2012 when a white supremacist male attacked her on the way to a supermarket in Minneapolis. McDonald stabbed and killed the man in self-defense, but was sent to a male prison for 19 months, leading to the “Free CeCe” movement. After she was released from prison, McDonald began advocating for LGBTQ rights on a national scale. A documentary film about her prison experience and activist work is scheduled to be released in 2016 and will star Laverne Cox from Orange is the New Black.

Fourth-year black studies major Sue Aldaram interviewed McDonald, addressing the moment McDonald was forced to defend herself as well as the overall issues of transphobia and racism. McDonald said her attackers were “Neo-Nazi drunk assholes” who yelled slurs at her and accused her of trying to mislead men about her gender.

“We have the right to be ‘mad black women’ if we choose to be because look at the trauma, look at the oppression, look at the violence that we face on a day to day basis,” McDonald said.

McDonald said the prosecution argued her attackers’ previous violent history, swastika tattoo and toxicology report did not pertain to the case.

“[The attacker was] known for beating his partner, who was one of the people there that night who attacked me,” McDonald said.

McDonald said she did a lot of “meditating and self-reflection” in and out of prison and listens to Beyoncé because it gives her “solitude.” McDonald said she also finds peace in being able to share her story and promote justice for transgender people.

“Having a voice keeps me grounded,” McDonald said.

McDonald said reading the books sent to her by supporters while she was in prison, like The New Jim Crow, changed her experience dramatically and made her “question so much.” 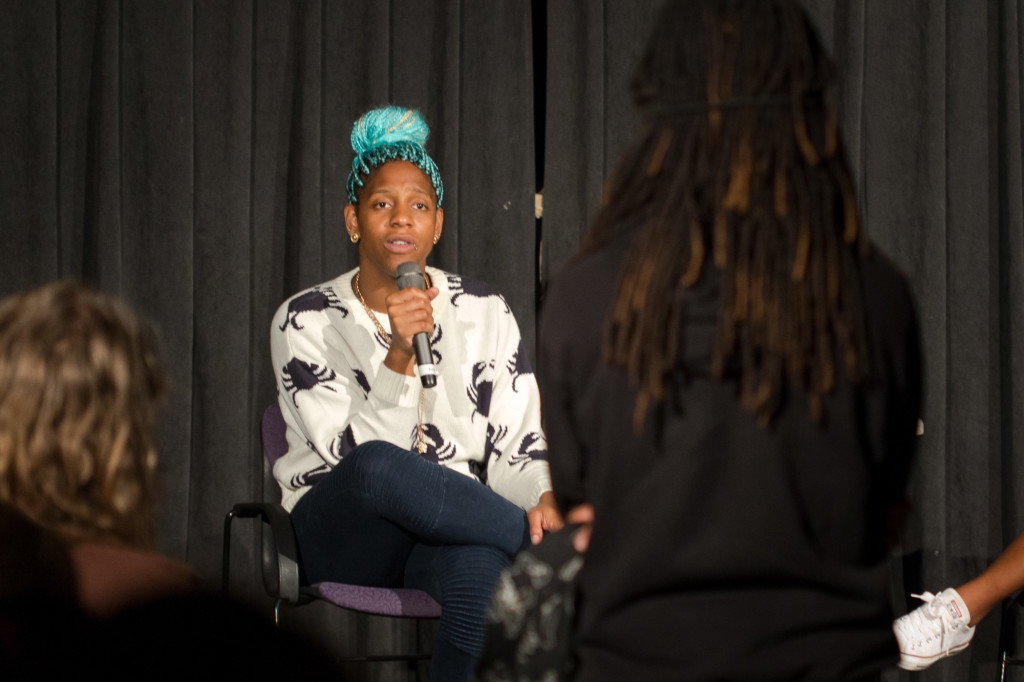 “The things that we were taught, we internalize and think it’s true,” McDonald said. “When will we be able to give our youth The New Jim Crow?”

First-year music major Jordan Mitchell said he asked McDonald during a question and answer portion of the talk what intersectional oppression she faced within the black community for being a transgender woman.

“CeCe McDonald critiques with brutal honesty the intersectionality of trans people of color, the prison industrial complex, religious indoctrination in America,” Mitchell said. “She brings her experiences as a light to influence the minds of young individuals at UCSB. She is a voice that enlightens minds of the revolutionary youth.”

When asked about her feelings on prison reconstruction, McDonald said “there is no reconstruction.” According to McDonald, America takes ideology and turns it into a law then “deems it criminal.”

“She covered all the bases beautifully, connecting the prison industrial complex to capitalism, racism, to transphobia, to basically all of us,” Jones said. “She’s a prison abolitionist and not a reformist, and that distinction is super important because you can’t fix something that is inherently fucked up.”

[Correction: A previous version of this article said the discussion took place on Thursday, October 29 instead of Thursday October 22. The article has been updated accordingly.]