The Daily Nexus
News
Dr. David Bearman To Give Talk on History and Reform of Medical Marijuana at the MCC
November 3, 2015 at 5:00 am by Duncan Calvert 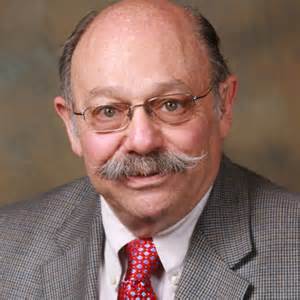 Vice President of the Academy of Cannabinoid Medicine, Dr. David Bearman, M.D., will speak and hold a book signing at the MultiCultural Center Theater Nov. 4 at 6 p.m.

The talk, titled “Why Medical Marijuana is Good For You & The Benefits of Changing Our Dysfunctional Drug Policy,” will focus on the history of medicinal cannabis and efforts to reform drug policies in the United States. Following the talk, Bearman will sign copies of his book, Drugs Are NOT the Devil’s Tools. Bearman, a key founder of the Isla Vista Neighborhood Clinic in 1970 and Director of Medical Services for the Santa Barbara Regional Health Authority (SBRHA) for 17 years, argues efforts to reform drug policies in the U.S. discriminates against black, Latino and other minority communities.

Bearman said his talk will focus on the social and medical aspects of drug culture in the U.S.

Bearman said when he helped found I.V. Clinic, he built on his experience with neighborhood clinics through the San Francisco Model Cities Program. According to Bearman, the clinic was meant to “demystify medicine” for I.V. residents.

“This was something I felt would be beneficial for Isla Vista … and it was,” Bearman said.

Bearman also taught at UCSB in the 1970s. According to Bearman, the current coursework for Sociology 152A: Sociology of Human Sexuality, now taught by professors of sociology Janice and John Baldwin, has ties to a course he instructed.

“In addition to founding the clinic, I taught the first course on human sexuality at UCSB and, in fact, the Baldwin course traces its roots to it,” Bearman said.

According to Bearman, U.S. medicinal cannabis policy was more effective in the 20th century than they are today.

“We don’t need to reinvent the wheel,” Bearman said. “In the 1920s, American physicians filled at least 3 million prescriptions a year.”

According to Bearman, the criminalization of cannabis through its classification as a Schedule I drug has hindered doctors in their treatment of patients and in the study of the drug.

“Medical cannabis needs to be rescheduled,” Bearman states. “It should never have been a Schedule I.”

“The federal government has no jurisdiction to regulate the practice of medicine,” Bearman said. “The government really needs to get out of the way, there’s no question that the laws regarding marijuana are unconstitutional.”

Third-year political science major and off-campus senator Austin Hechler said the talk will provide an alternative to anti-cannabis discourse often found on campus in programs such as Gaucho FYI.

“Associated Students felt it was important to host the event to educate the student body on medicinal marijuana and provide a healthy opposing viewpoint to many on-campus entities’ negative views of the drug,” Hechler said.

A second-year economics and accounting major who requested his name be changed to maintain his privacy, said he is interested in attending the event because he felt his doctor’s knowledge was insufficient when he sought to obtain a medical marijuana card.

“I benefit from some of the medicinal effects of marijuana and would like to learn more about it from a medical doctor with a lot of experience in the field,” the student said. “When I got my recommendation, my doctor knew about some of the potential risks and benefits and how they may help my conditions, but he didn’t seem to have an extensive understanding of cannabis.”

“Medicine has never been a static field, but I do believe it can sometimes be too rigid in the search for and testing of alternative treatments,” Love said in an email. “I feel pretty uninformed on the law side of medicinal marijuana and hope that the event will help paint a more complete picture of what’s going on.”