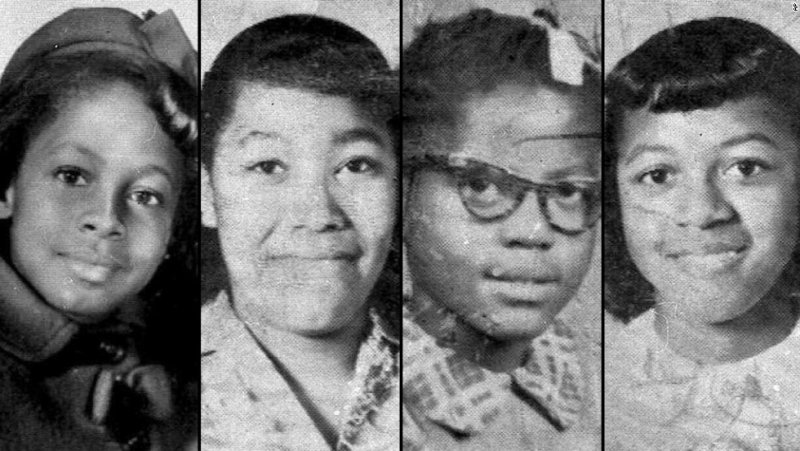 In its 239 year lifespan, America has never seen one day of genuine racial harmony. Brief periods of superficial equality are constantly interrupted by hate crimes. This pattern has haunted our society since African Americans gained “freedom” in 1865. In Spike Lee’s 1997 documentary, “4 Little Girls,” one specific tragedy is illustrated by families who lost their children in a 1963 Birmingham, Alabama calamity. Americans have surely come a long way since 1963. Nevertheless, the film’s content oozes relevancy in 2015.

On Sep. 15, 1963, the 16th Street Baptist Church was bombed in Birmingham, Alabama. What Dr. Martin Luther King, Jr. described as “one of the most vicious and tragic crimes ever perpetrated against humanity” was a product of Ku Klux Klan violence. The incident took the lives of four black children who were attending a youth fellowship. Their names were Addie Mae Collins, Cynthia Wesley, Carole Robertson and Carol Denise McNair.

“4 Little Girls” was produced by Spike Lee’s production company: “40 Acres and a Mule Filmworks.” As a leading African-American advocate for racial equality, Lee’s title as the producer of this film is no surprise. Credibility immediately amplifies when the opening production credit reads, “A Spike Lee Joint.”

The film commences with a lethargic montage of Civil Rights protest footage and shots of four gravestones. Joan Baez’s “Birmingham Sunday” compliments the visuals, foreshadowing the story to be told.

Family members and friends of Wesley and McNair narrate the bulk of the documentary, which is a history lesson in itself. Much of the 1960s Civil Rights Movement thrived in Birmingham, where racism heavily polluted the population. The families give a thorough background of the Movement’s presence in Birmingham. Authentic footage of violence and brutality intertwine the narration, setting the scene for the pith of the film.

When it comes time to narrate the morning of Sep. 15, observable grief takes over each family member. Their anguish is uncomfortable to witness, as it symbolizes one of the ugliest chapters in U.S. history. Crime scene images flash quickly, appearing just long enough to process the terror.

Carol’s parents, Maxine and Chris McNair, narrate most of the closing scenes of the film. They explain how the bombing galvanized intense protests. The explosion was a pivotal point in American history. The story made headlines across the country, causing many to recognize Southern racism as having gone too far.

The injustice of killing innocent children transcends racial barriers. As an activist, Spike Lee attempts to leave audiences with new, enlightened perspectives. “4 Little Girls” does just that. Cold-blooded murder is a brutal crime, especially when the victims have only seen a decade of life.

“Birmingham Sunday” foreshadows the horrific story that is told in “4 Little Girls.” However, it also contains a very important motif. At the ending of each verse, Baez sings, “and the choirs kept singing of freedom.” This lyric stands as a testament to the black community’s willful and determined response to the tragedy. The Birmingham bombing only intensified the passion in those fighting for equality during the Civil Rights Movement.

The modern-day race tragedies that strike our delicate country follow a similar trajectory as the Birmingham sequence. Initial outrage and grief are followed by the emergence of activism and protest. The four little girls who were killed in 1963 were the Trayvon Martins and Michael Browns of an earlier generation.

Just as important as the innocent lives that are lost in past and present tragedies is the way in which the public decides to respond. The fight for equality has made strides since the Birmingham bombing, but we are still far from finished. “4 Little Girls” is an excellent documentary that will surely spark the same internal flame that forms when modern day tragedies hit the news.