The Daily Nexus
News
National Geographic Explorer Lectures on 2012 Expedition
October 26, 2015 at 12:46 am by Jacob Little 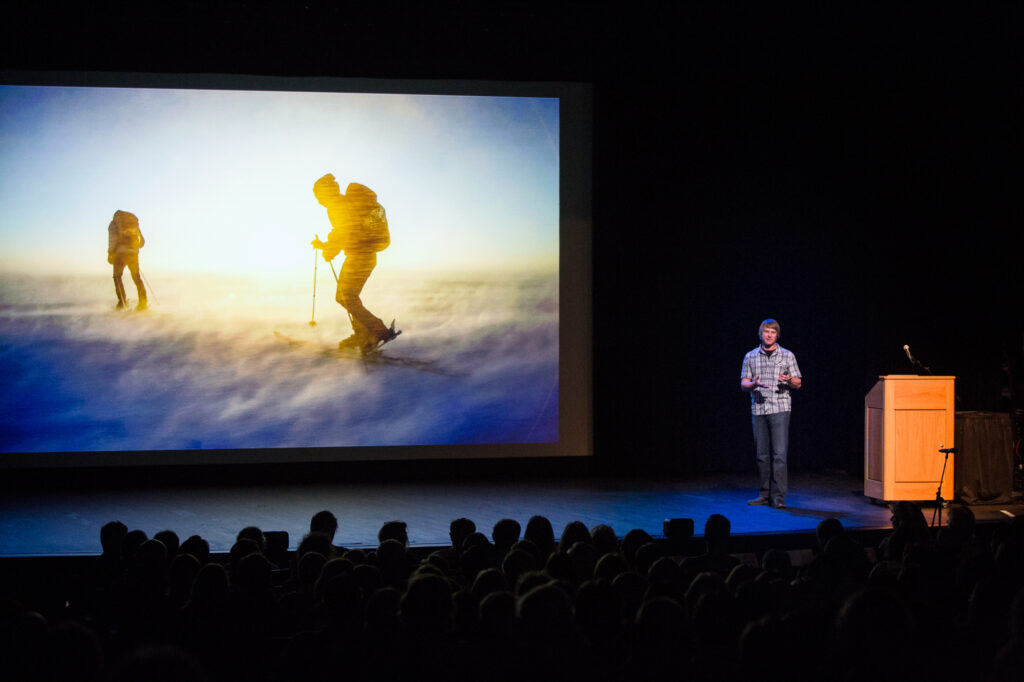 Lebecki was the first person to climb Bertha’s Tower, naming the 2,000-foot granite spire after his grandmother who passed away before the expedition began. During the event, Lebecki presented photojournalist Cory Richards’ documentation of the expedition and recounted the details of climbing in below-freezing temperatures, traversing unusually sharp rocks and taking shelter from extreme wind.

Lebecki said the expedition had an aura of excitement before it began due to the location and height of Bertha’s Tower, which looks like a sharp spike of rock.

“This particular expedition felt like it would be the biggest one of our lives,” Lebecki said.
Lebecki said the jutting rock looked like a foreign planet.

“It’s a really alien landscape; we could have been looking at Mars,” Lebecki said.

According to Lebecki, his team was delayed three weeks shortly after the trip began due to heavy winds ranging from 40 to 80 mph. Lebecki said when the crew finally arrived at the base of the tower, the heavy winds continued to make travel difficult.

“The weather [in Antarctica], it’s raw and it’s brutal and it just beats the shit out of you,” Lebecki said.

Lebecki said although the team had originally planned to travel by kite skiing, the strong winds pulled kites out of the explorers’ hands. Lebecki said the slick, wind-polished ice made hand skiing impossible, forcing the team to walk using spiked boots. The sharp rocks on Bertha’s Tower raised concerns of cut ropes if someone fell, making trust a primary requirement for the expedition, according to Lebecki.
“We were all putting our lives in somebody’s hand,” Lebecki said.

According to Lebecki, the crew made camp and began preparing for their final push toward the peak after scaling 1,200 feet and placing anchors in the tower’s face. Lebecki led the final push to the summit.
“All of my experience for the last 20 years was for this moment,” Lebecki said.

Lebecki said the panoramic views from the camera were breathtaking, but the team could only stay for twenty minutes before it was necessary for them to begin rappelling back down.

“Every story is new to me and I just love hearing it and seeing it, especially the videos are just breathtaking,” Charlotte Lebecki said. “I am in awe of what he does, and I feel very fortunate to see what he sees.”

First-year environmental studies major Marissa Rajczi said it was inspiring to hear about Lebecki’s experiences, having recently experienced the difficulty of climbing.

“It was especially exciting to hear Mike’s first-hand account of his Antarctic expedition given that yesterday I went outdoor free climbing for the first time,” Rajczi said. “I could appreciate the mental and physical stamina it must have taken him to complete such a climb, and found myself in awe as I related my own experiences to his.”