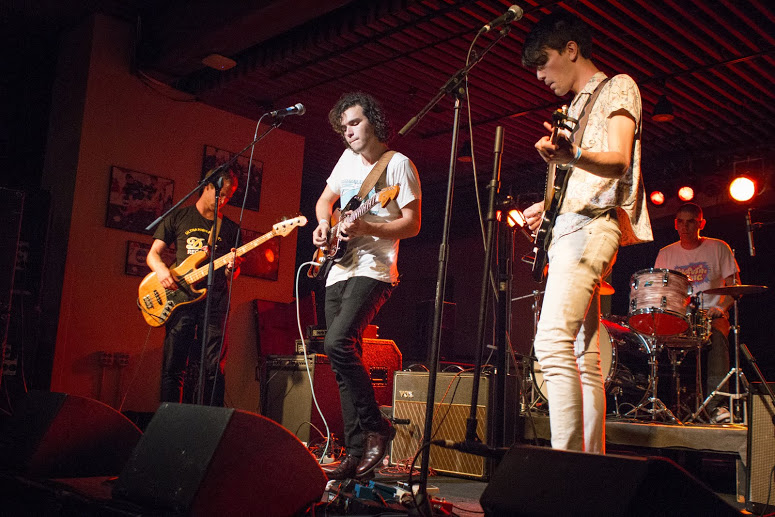 The good old Hub: It’s the origin of the pungent smell of freshly cooked orange chicken when you walk by the UCen. It’s where you may or may not be willing to get in a fist fight with a fellow Gaucho over a study spot in the booths. But most importantly, it’s probably where you went to see your first on-campus concert your freshman year. After all, the Hub is a communal and multi-purpose space that hosts loads of concerts sponsored by A.S. Program Board every year.

Over the past few years, artists from E-40 to Steve Aoki have made appearances in the Hub. This last Thursday, Oct. 15, they hosted Rocktober: a chance for local rock bands to show off their musical prowess. Filled with gnarly guitar riffs and buckets of sweat, Rocktober showcased some of I.V.’s finest.

Upon descending the staircase into the dimly lit nook that is the Hub (for free!), what stood out the most was the utter lack of people. It was a Thursday, and all of those S.T.E.M. major midterms are on the horizon. That makes sense. However, the nine people that were in attendance stood an awkward five feet away from the stage, preferring the shadows over the barrier spots illuminated by the orange hue of the stage lights behind the band.

Oh, please God, no. It was the initial “I arrived too early to this concert and I want to hide” phase of the night. However, after a strong performance of Amy Winehouse’s “Valerie,” the crowd began to warm up to the first act and drifted to the barrier. The first act was a Roots Reggae/Rock quintet hailing from Torrance, CA named West Swell. Barefoot and humbly dressed in jeans and a tee, the lead singer, Steve Ingraham said, “Thanks for coming out on a Thursday night. I’ve got an 8 a.m. tomorrow — I’m sure there’s a few of you out there that have one, too.”

A few incredible guitar solos by lead guitarist Lucas Gutierrez and one rendition of “Higher” later, West Swell’s set suddenly came to a standstill due to some cringe-worthy speaker frequency. Ingraham kept his cool and cracked jokes. Alas, the band (who look like they could be your next door neighbors on Sabado) concluded their set with “Don’t Stop”.

Next up to the main stage was Sun Daes, a Reverberated Pop/Surf Rock band that channeled the Urban Outfitters catalogue aesthetic. Their hip clothing choices ranged from a floral button up to oxblood dress shoes. Fortunately, their music was as refined and perfected as their hairstyles.

Sun Daes kicked the energy up a notch with “Pyro,” an upbeat, beachy tune with some seriously cryptic lyrics.

“You guys really had nothing else to do on a Thursday night?” one of the vocalists, Max Goldenstein, asked the growing crowd.

The Daes’ set was seamless. While clean vocals rang throughout the Hub, the small crowd of dedicated fans happily jumped around. By the time Sun Daes made way for the next act, they were soaked in sweat and fanning themselves — clearly a sign of a successful show.

If the point of Rocktober, however, is to showcase what I.V. has in store for rock lovers, Savage Henry stole the show. Okay, maybe it was the guitarist that stole the show because his speaker was turned up so loud that his instrument was the only one heard (technical difficulties became an expected thing). But maybe this was a blessing in disguise. With his cuffed burgundy pants and his vintage style glasses, he coolly delivered some impressive riffs without breaking a sweat.

Savage Henry knew how to read the crowd. The lead vocalist jumped around, slowly flapped his arms as if he were a swan and stomped his feet. The crowd went wild with the relentless vigor served up hot by the band. The boys lived up to their “savage” name in a good way. By the end, a mosh pit was in full swing, much to the dismay and delight of attendees.

After an explosive performance, a laid back finale was much needed. Rocktober delivered that with The Hypno Rings. As the free-styling smooth rock group played, the crowd swayed along.

Overall, it was a night well spent. The only way it could have been made better? No school the next day. 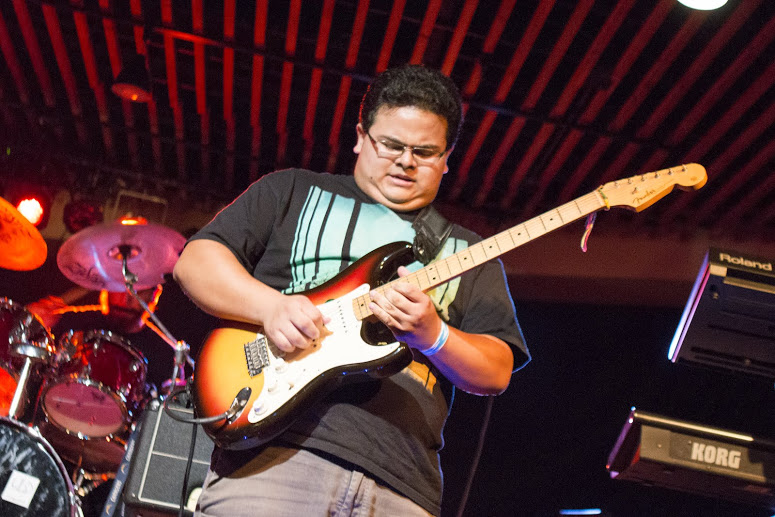