The UC-wide challenge encourages all campuses to participate in energy efficient behaviors, with the highest-scoring campus being named “Coolest UC Campus” 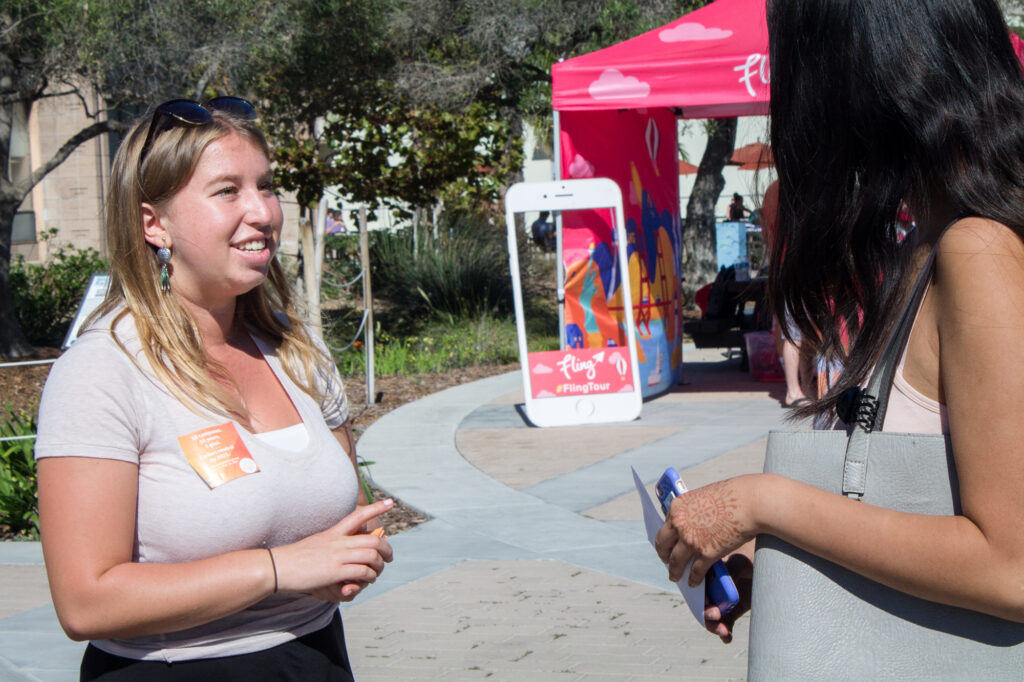 The UCool challenge will attempt to bring attention to other factors affecting the environment, such as climate change, the carbon footprint and drought sustainability. Paris Cullen/Daily Nexus

UCSB is participating in the UC-wide #UCool Campus Challenge from Oct. 6 to Dec. 10 in an effort to reduce the University’s carbon footprint and make positive contributions to the environment.

University of California and UC Berkeley’s Renewable and Appropriate Energy Laboratory created #UCool with the goal of becoming carbon neutral by 2025. The campaign, modeled after the Cool California Cities Challenge, encourages students to accumulate points for each university by completing 50 online pledge challenges. The pledges include energy efficient moves such as switching to LED lighting and turning off computer monitors. Participants will have opportunities to win eco-efficient prizes such as solar-powered cellphone chargers, and the university with the highest score will be deemed the “Coolest UC Campus.”

Third-year environmental studies major Chris Berry said the challenge will require a large amount of student participation to be effective, but he hopes the goal of carbon neutrality will be reached.

“I think it’s a really cool campaign, and [with] more incentive for students to do it, it could be meaningful,” Berry said. “If we really are interested in [achieving] carbon neutrality, the school can do all they can, but if you have students who don’t care and don’t do work, we’re not going to achieve that goal.”

Environmental Affairs Board (EAB) Co-chair and third-year computer science and environmental studies double-major Nicholas Frey said the most difficult part of the #UCool challenge is encouraging students to participate in the event.

“One of the harder challenges is changing people’s behavior on things,” Frey said. “One of the major issues is getting the student population engaged and educated on how they can be sustainable in their actions.”

According to Frey, UCSB needs total student and faculty involvement for the campaign to achieve the 2025 goal.

“I think you need infrastructure change, so you need to be, like, adding solar on campus to make it carbon neutral, but I don’t think it’s totally possible if you don’t have faculty and student engagement,” Frey said. “The whole campus can’t become carbon neutral if it’s just the facilities; it has to be the people also.”

Frey said students should contribute anything they can to the challenge even if they cannot be consistent in their actions.

“[A misconception] is that you have to be absolutely perfect, and if you slip up you’ll be criticized. That’s not the point; people shouldn’t feel … discouraged to be sustainable,” Frey said. “We don’t live in a world where being some perfect hippie environmentalist is even possible. I just encourage people to learn and explore.”

“UCSB has done a lot. For a research university of our size, we’re actually very good in water conservation … the vast majority of our landscape is done with recycled water,” Siedschlag said. “We are prepared, or becoming prepared, for a situation in the future where we might just have longer and longer droughts.”
Siedschlag said she hopes the Cool Campus Challenge will encourage students and faculty to “engage as groups” in efforts toward environmental conservation.

“I’m hoping that it gets students to think about it and also makes it something that people talk about and is part of their daily lives, and that people don’t just do themselves but encourage their friends to do,” Siedschlag said. “I think that’s what’s really fun — people are building teams with the Cool Campus Challenge and getting really competitive about it.”

According to Siedschlag, UC achieving carbon neutrality by 2025 is an attainable goal.

“I think it depends on what you include and how far you are willing to go,” Siedschlag said.

According to professor of sociology John Foran, the environment is the “defining issue” of the century.

“The biggest issue is climate change. It is the biggest existential threat to humanity ever because it calls the whole future into question,” Foran said. “We really have to make deep, deep changes in the ways we organize ourselves in society.”

According to Foran, converting to a vegetarian or vegan diet is “without question, the single most important” factor in reducing students’ carbon footprint. Foran said the Cool Campus Challenge should emphasize the importance of this change.

“This is an important thing to underline: the UC Cool Campus Challenge and the perspective of the impact of food, diet and individual behavior change,” Foran said. “The Campus Challenge, as good as it is, needs to be recalibrated to the reality of that. That is good for climate, that is good for our health, pollution, good for the oceans, and it’s good for reducing inequality on a global scale.”

Berry also said he believes food choices have a very real effect on the environment.

“One of the biggest things [affecting] environmental climate change is how we eat, and Americans really enjoy meat, and meat is detrimental to the environment, especially in the way it is produced,” Berry said.

According to Siedschlag, UCSB has a good chance at winning the challenge because of student and faculty dedication to the environment.

“I think we do have a good chance,” Siedschlag said. “We’ve got a lot of really dedicated students and a lot of groups that have gotten really into it, there’s still plenty of time left, and I think we can definitely do it.”

A version of this story appeared on page 7 of the Thursday, October 22, 2015 print edition of the Daily Nexus.