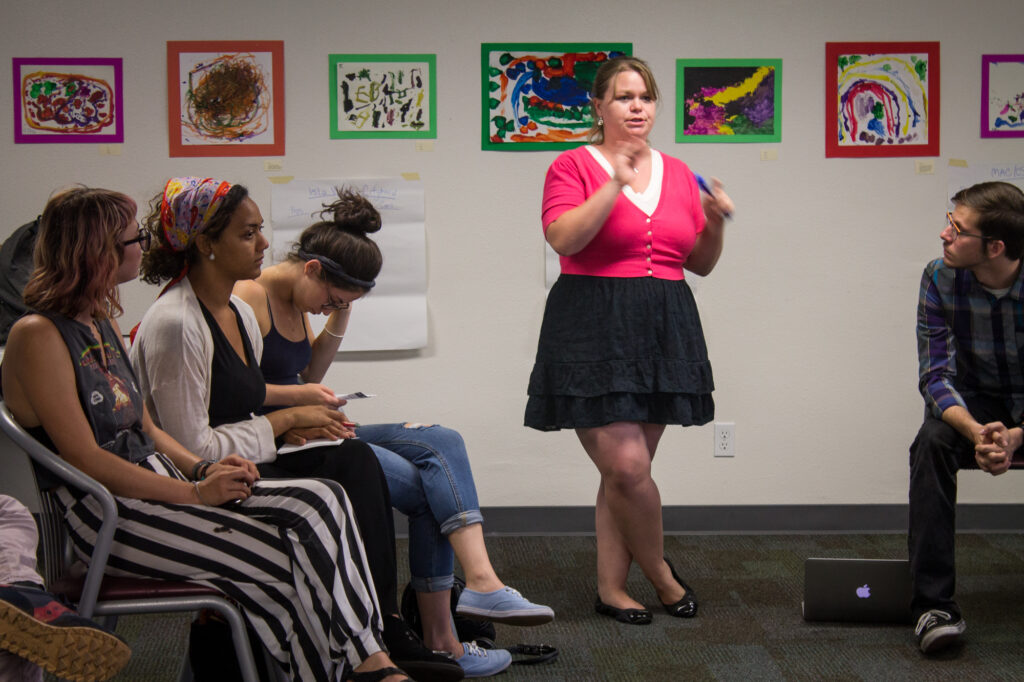 Assembly Bill 3, which was signed into law by Governor Jerry Brown earlier this month, gives Isla Vista the option of becoming a Community Service District, something for the community to consider before the 2016 election. Paris Cullen/Daily Nexus

The Isla Vista Self Governance Initiative hosted a meeting on Tuesday at the I.V. Clinic building for community members to discuss benefits and disadvantages of various self-governance options for I.V.

Students, I.V. residents, government representatives and other stakeholders weighed the options of cityhood, a Community Service District (CSD) and a Municipal Advisory Council (MAC) and Area Planning Commission (APC), taking the recently released Isla Vista Governance Options Financial Analysis Study into consideration. The majority of the discussion centered on the possibility of creating both a CSD, through Assembly Bill 3 (AB 3), and a MAC.

AB 3 will become law Jan. 1, allowing for the creation of a CSD in I.V. if it is approved by potential residents in the November 2016 election. If approved, the CSD will be funded by a Utility Users Tax (UUT), which will tax residents five to eight percent of their utility bills.

According to UCSB Letters and Science collegiate senator and third-year history of public policy major Ashcon Minoiefar, cityhood requires “high taxation,” while a CSD would impose a more reasonable rate.

“In order to meet the levels that we would need to fund the city, we would have to run the highest UUT and also find some other taxes,” Minoiefar said.

While the CSD formation requires approval from only 50 percent of voters, the UUT requires a two thirds vote. I.V. Recreation and Park District (IVRPD) board member and long-time I.V. resident Pegeen Soutar said she is concerned I.V. could potentially have an unfunded CSD.

“We may end up with a CSD and a board but no funding mechanism,” Soutar said.

“Potentially, a funded CSD could also fund student work,” Natarajan said. “There are people looking for part-time jobs that could also benefit.”

MAC formation will require approval from the County Board of Supervisors, so many attendees of the meeting suggested I.V. attempt to create a MAC before November 2016 to begin the self-governance process before Third District County Supervisor and I.V. advocate Doreen Farr’s term ends in December.

According to UCSB Associated Students Lobby Corps director and fourth-year anthropology major Carlos Lopez, a MAC and CSD could function together to govern I.V.

“If you have an AB 3-style CSD we would be allowed to have a MAC within that,” Lopez said. “They’re not mutually exclusive choices.”

According to I.V. Downtown Business Association Vice President Jay Freeman, a MAC would hold general purpose meetings and advise the county on various I.V. issues, at less cost than a city or CSD.

“We get almost all of the benefit for almost none of the cost by going with the Municipal Advisory Council or Advisory Planning Commission,” Freeman said.

“When you say administration is a cost, it’s not really a cost, it’s a positive,” Abboud said. “A person is very valuable. They can help organize people and they can provide information. Right now we don’t have that one person that Isla Vista pays to take care of I.V.”

“We don’t need to make a profit on it,” Thurlow said. “The hopeful part is that we can create a market situation where it is harder for other landlords to gouge students.”

A version of this story appeared on page 3 of the Thursday, October 22, 2015 print edition of the Daily Nexus.

Cityhood of Isla Vista/U.C.S.B. is only thing that is financially feasible. There seems to be a focus on student empowerment, but the reality is what’s being offered, a CSD of Isla Vista without UCSB is poor choice since UCSB gets a say but doesn’t contribute anything financially to community governance. This reflects the culture of the County and UCSB that student just aren’t emotionally mature enough for a City government. They use their private biases and beliefs about City government finances to justify their marginalization of students and their constitutional rights to self government. They simply don’t know what they’re… Read more »

Also, please remember that the idea for an IVCSD grew completely out of IV residents and we had to struggle for months to convince the County and UCSB to support us. You are perpetuating a false narrative here about our grassroots community movement and please get in touch and I can inform you about current self governance efforts in their entirety and within the modern context.

I will not pay a dime in taxes to the CSD.