The Daily Nexus
News
Students, Community Members Unite At Vigil For Andres Esteban Sanchez
October 16, 2015 at 8:23 am by Staff Report 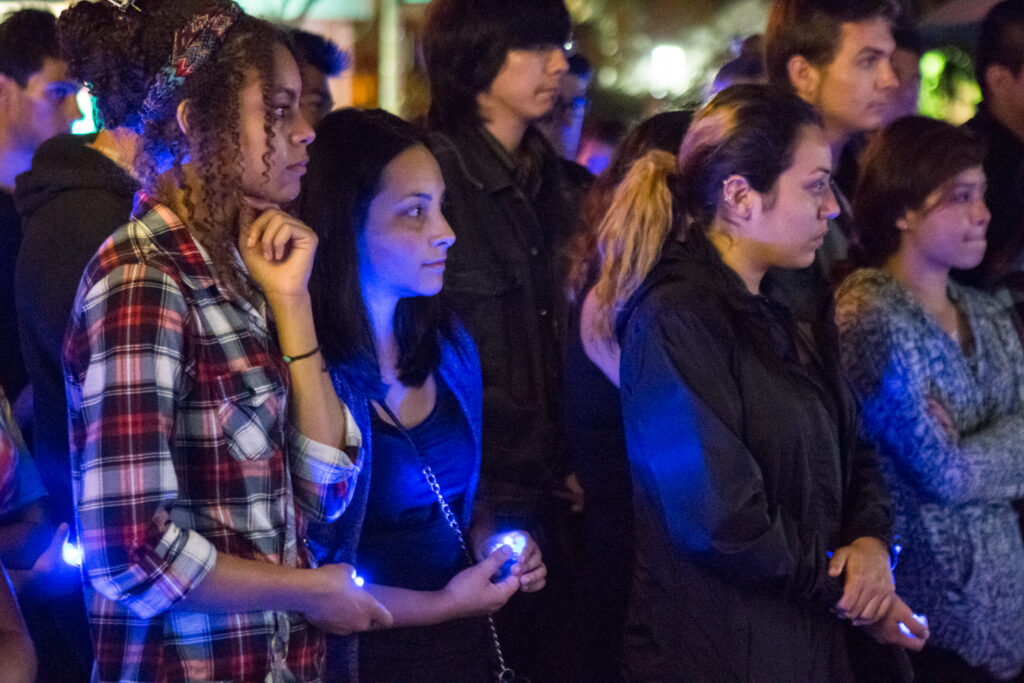 A crowd of over 100 people met outside the Associated Students Pardall Center Thursday night to honor UCSB student Andres “Andy” Esteban Sanchez who passed away the morning of Sunday, Oct. 11.

Students Areli Balderrama, Ashley Baker, Jocelin Hernandez, Alejandra Melgoza and Marvin Ramirez organized the vigil, having called 911 after encountering the injured Sanchez a few hours before his death. Attendees were given Blunite blue LED lights and flowers to place near photos of Sanchez, and organizers invited those who wished to share remarks to come forward. 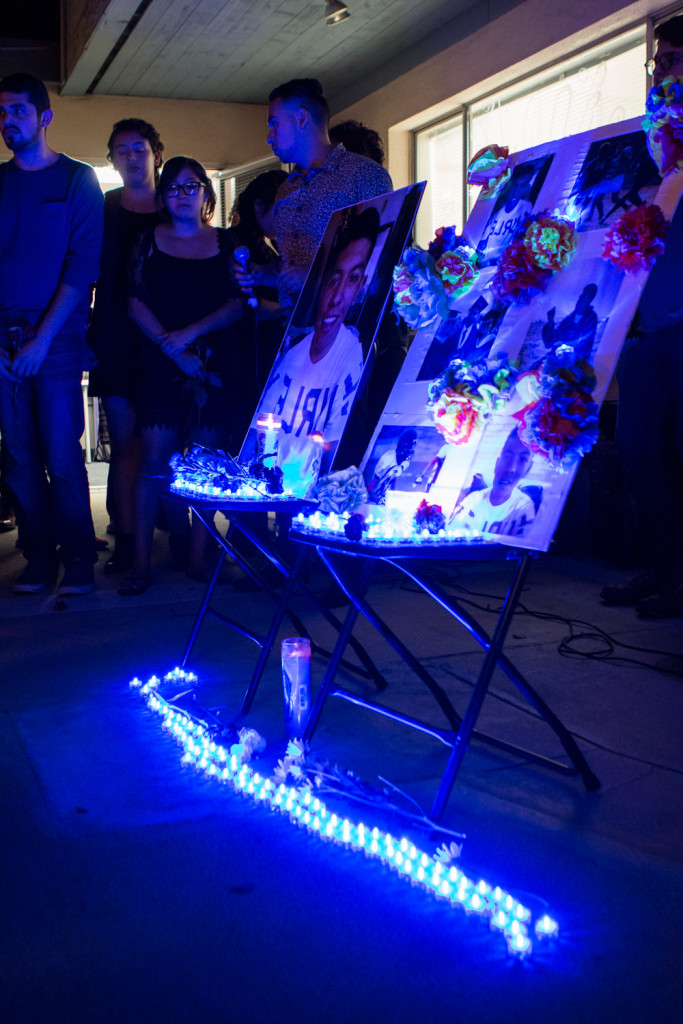 Second-year economics major Peter McMaster said Sanchez was a “positive force” among his friends and classmates.

“He was such a strong character; he never put anything on anyone else,” McMaster said. “He always had a smile on his face and he was bringing a positive vibe. I never had a negative experience with him. Even if he was stressed out or sad about anything, he’d always be able to turn the mood around.”

“We did everything together last year and tried to support one another, and that bred a really close brotherhood,” Paul said. “This feels, for us, like we lost one of our brothers, one of our family. We’re all just very, very numb.” 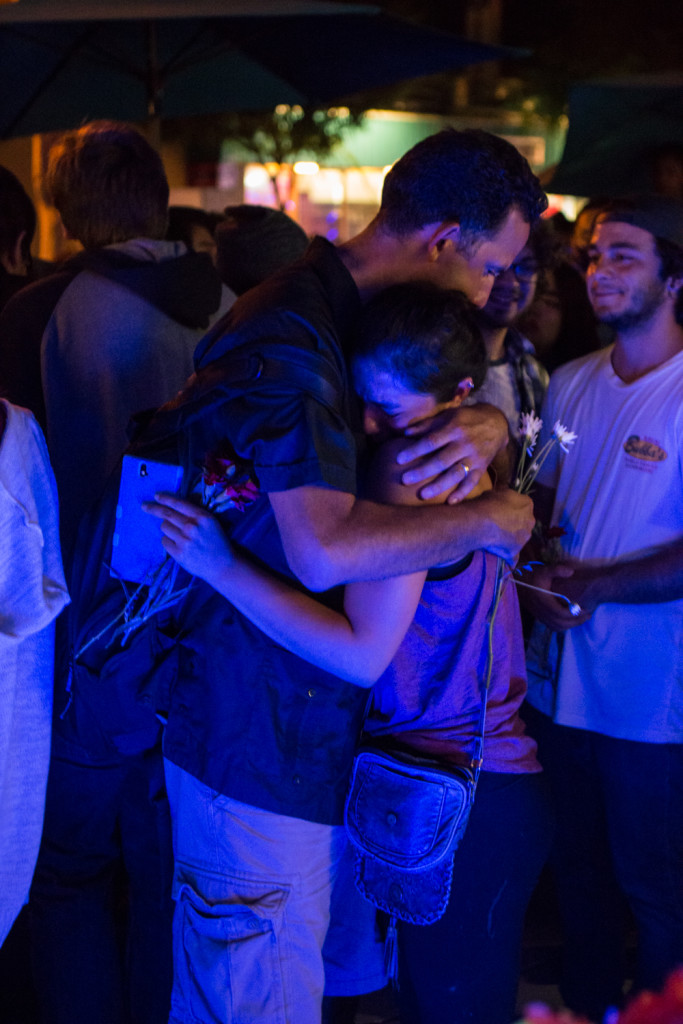 Second-year UCSB student Adonay Bahta said Sanchez constantly strove to improve himself and encouraged his friends to do the same.

“He was always looking to better himself or better those around him,” Bahta said. “He pushed me to see the light at the end of the road. He was always there with words of encouragement or helping you when you needed it, and so the Andy that I know, I will forever cherish his memory.”

“Me having to continue on without Andy is going to be one of the hardest things I think I’ll ever have to do at UCSB,” Nixon said. “I am currently taking a leave on this quarter because it’s a lot of stress. And he would have pushed me through it. He would have said, ‘Eddie, just finish the quarter, and then do what you’re going to do, but get through it.’” 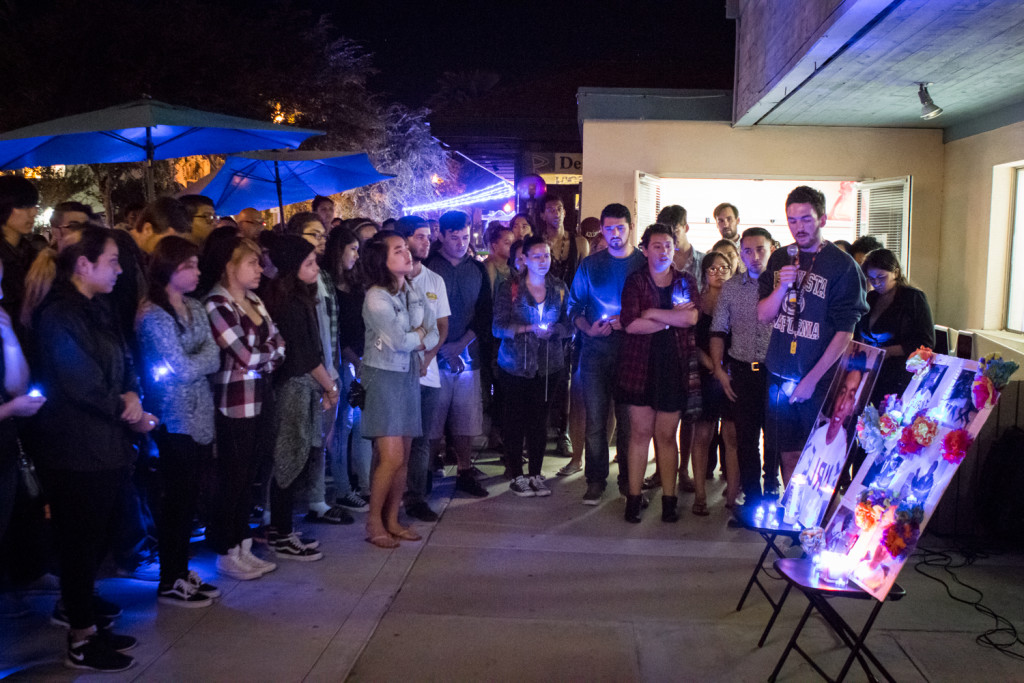 Bahta, who was Sanchez’s roommate this year, said he has been unable to adjust to Sanchez’s absence.

“I woke up every day and I would see his face, just sleeping right there. Every day,” Bahta said. “Still, it’s weird to think I won’t see him just sitting on the couch or walking into the house because it just passes my mind that he’s gone. It doesn’t click; it hasn’t clicked yet.”

According to Nixon, Sanchez would have wanted his friends to focus on moving forward after enduring their loss.

“It is sad that he has passed away, but he would want us to remember him as the wonderful, bright person that he was and not let this hold you down,” Nixon said. “Just remember who he was … don’t stop in your tracks, just keep moving because it’s gonna be ok.”

Second-year political science major Carissa Garcia said Sanchez had a passion for soccer and played center forward for the UCSB club soccer team as well as on national teams in Mexico.

“I saw him Saturday and Sunday … We were watching the Mexico game and he was so happy because Mexico won,” Garcia said. “I remember some of his last words as he walked out the door… he walks out the door and he says, “I’m gonna go pro one day.’”

Garcia also said Sanchez was a fan of the bands Pink Floyd and Sublime and enjoyed watching “Breaking Bad” and “South Park.”

“He had a really chill vibe. He was a FIFA king, beer pong king, too,” Garcia said. “Nobody can beat him at beer pong.”

Second-year UCSB student Rosalea LeBlanc, who lived on Sanchez’s floor in Santa Catalina last year, said she remembers staying up late with him talking about “The Beatles and conspiracy theories.”

“I just remember how excited he got just when I would add my input. He makes you feel like you’re a valid person, and he really appreciated everything you would say. He took you seriously,” LeBlanc said. “That really says a lot about what kind of person he was. He made everyone feel special.”

“She wanted to let you know that her son was someone who was very intelligent, someone who was really hardworking and someone that was always very loving,” Ramirez said.

Off-Campus Senator and third-year Chican@ studies and history of public policy double-major Alejandra Melgoza said although she did not know Sanchez personally, she admires his accomplishments. 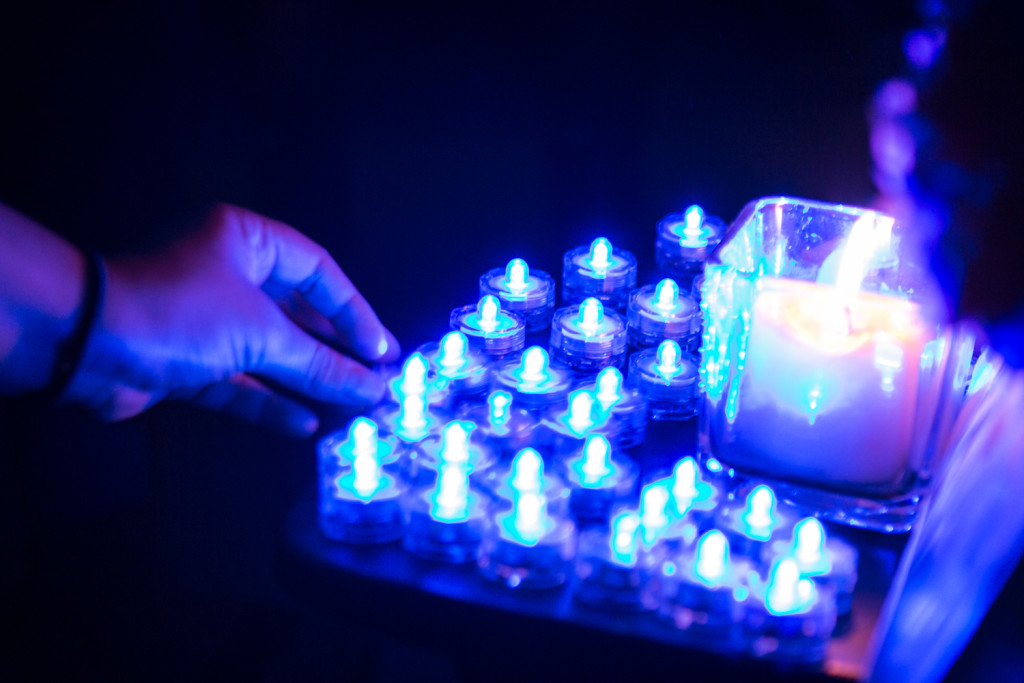 “Just being a human being who was in need of help and attention and love and compassion, that enabled us to find strength to be able to honor his memory as a scholar, as a young man who made it to this university when, as people of color, it’s so hard to get here,” Melgoza said.

Bahta said he will remember Sanchez’s life by celebrating his achievements and positive character.

Paul said Sanchez should be memorialized in his constant strive to better himself in daily life.

“I think it is important for people to know that, for Andy, it was very important to each day become wiser, better,” Paul said. “One of our talks was ‘What does that mean? How should we apply that? What is better?’ and I think … that is what’s hardest for us. He was getting his life on track.”

For a report on allegations made by community members on the scene after Sanchez was injured, see “Witnesses Allege Misconduct Concerning Recent Student Death.”

For IVFP’s response to said allegations, see “IVFP Responds to Allegations of Misconduct in Sanchez’s Death.”

I’d like to thank everybody. That is definitely the person my cousin is. I’m glad he was able to impact as many people as he did thanks again.