The Daily Nexus
News
TSA To Help Transfer Students Across UCSB
October 15, 2015 at 5:29 am by Vicky Munro 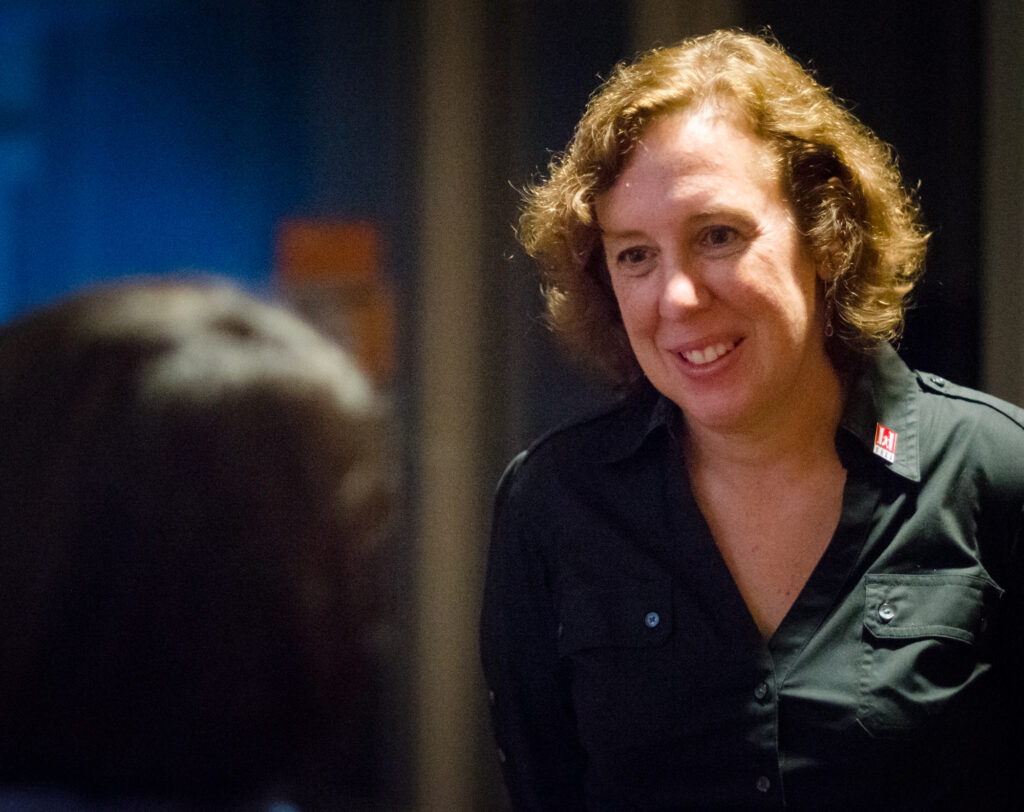 TSA aims to help transfer students succeed socially and academically at UC Santa Barbara through advocacy and community-building events. The social offered free food and included a talk from UCSB’s new Vice Chancellor for Student Affairs Margaret Klawunn. The TSA will host socials, workshops, a mentoring program and other events throughout Transfer Awareness Month in November.

Office of Student Life Associate Dean of Students and Lecturer Don Lubach said now is the “greatest” time to be a transfer student at UCSB.

Fourth-year biopsychology major Monica Luong said it can be difficult to establish friends as a transfer student.

“Freshmen get to, like, live in dorms and they’re right next to each other, but if you’re a transfer student you might not be placed next to people your age,” Luong said, “There need to be more events just for transfer students because they feel older than everybody if they go to most social events.”

Fourth-year black studies major Javae Valentine said housing was an issue for her when she transferred to UCSB.

“It’s hard to find housing. I feel like it’s a common thing that UCSB fucks up your housing,” Valentine said. “They messed up my housing so I didn’t have anywhere to live at first and I was mad about that, but after that it got pretty good. I love this school.”

Third-year math major Travis McCahon said after he transferred he also felt frustrated at UCSB for its lack of communication between departments.

“This school is awful at talking to itself, like the Financial Aid to the BARC office,” McCahon said. “I almost got kicked out of school because one said I was good and the other said I wasn’t, so that’s a bit of an issue.”

“It’s like you’re a third-year on paper but like a freshmen,” Garcia said, “And you have one day for orientation — that’s not enough to tell you about the different resources that we have here on campus.”

“I feel like we need to help transfer students out and we can do that, not just by having leaders like me and my exec board, but also by having a community,” Garcia said.

According to Klawunn, the school values its transfer students because of the experience they bring from other campuses.

“You get here and you start to tell us things like ‘why does UCSB do that this way?’ instead of assuming that this is how everything should be,” Klawunn said. “That kind of perspective and that kind of insight helps us to run things better.”

Klawunn said transfers contribute to the campus community by taking leadership roles.
“Another thing I’ve seen is that transfer students … are really good at taking on campus leadership, so we are here to help you figure out how you want to step into that leadership,” Klawunn said.

TSA founder and fourth-year film and media studies major December Brown said she is optimistic the transfer student experience will improve this year, largely due to the coming Transfer Student Resource Center.

“That’s going to be opening up in January and we have six new undergraduate positions, two new graduate student positions, a new transfer director and two new academic advisors to work in the centre,” Brown said. “So they’re pretty much going at it full throttle.”

Brown said the TSA will try to provide the resources the University does not have to help increase the amount of transfer students attending UCSB every year.

This is great! I was a transfer student at UCSB and I had a hard time meeting people and adjusting to university life. I joined the Transfer Student Association and I was able to build many meaningful relationships. Joining the club was the best decision I made while at UCSB. New transfers should definitely take advantage of the new Transfer Student Alliance.

What a blessing! Congratulations UCSB and my friend Don Lubach for help creating this program!