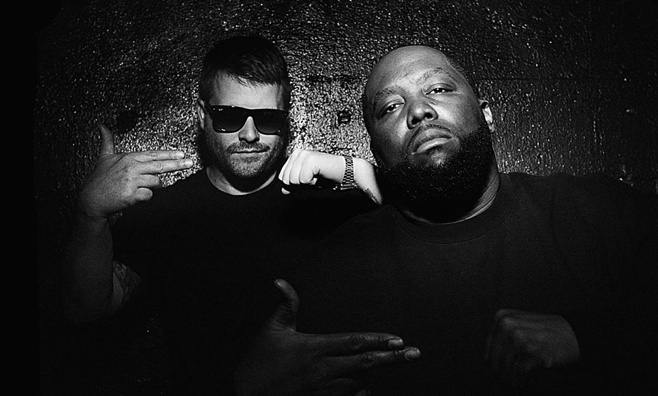 Hip hop duo Run the Jewels are bringing their multifaceted lyrics to the 5th annual New Noise Block Party, hosted by KCRW at the Santa Barbara Funk Zone on Oct. 18. The Funk Zone, a unique arts and business district, will also be graced by the appearance of several other artists on Sunday — Santa Barbara-based indie band Gardens & Villa will also be performing.

Run the Jewels released their second eponymous album Run the Jewels 2 last year, taking the hip hop community by storm. Since then they have performed at big festivals such as Coachella and FYF Festival in Los Angeles. The New York-based duo, composed of rap veterans Killer Mike (Michael Render) and El-P (Jaime Meline) are known for their well thought, elegant yet explicit lyrics that deal with a broad range of subjects ranging from political satire to science fiction to simply funny scenarios.

Just less than a month ago, RTJ released Meow the Jewels, a crowd-sourced and crowd-funded album consisting of their classic songs such as “Oh My Darling Don’t Cry,” reworked to “Oh My Darling Don’t Meow.” The remixed tracks, consisting of complex beat making and frequent cat sounds turned out to be a huge hit with the duo’s fans. All of the proceeds raised for the album will be donated to charity.

Santa Barbara natives Gardens & Villa are also highly anticipated. The indie, synth pop band consisting of guitarist Christopher Lynch, synth player Adam Rasmussen, keyboardist Dustin Ineman, bassist Shane McKillop and drummer Levi Hayden formed in 2008 and have since released three studio albums. Their most recent album, titled Music for Dogs, came out in August of this summer. They have had great success after performing in Oregon in 2011, gaining enough popularity to appear at Coachella alongside artists like The Shins and Fanfarlo. With their captivating sounds and quirky lyrics, Gardens & Villa will surely catch the attention of most attendees at the Funk Zone. What better way to celebrate in Downtown SB than with a band that originated from the city itself?

Apart from wonderful music, the New Noise Block Party will also be featuring numerous food trucks, wine stands and other vendors. And as if good food, drinks and music were not enough, New Noise will also be donating one dollar per ticket to local youth music programs.