The Daily Nexus
Events
Patton Oswalt Brings Down Granada Theater
October 13, 2015 at 5:00 am by Lauren Heitmann 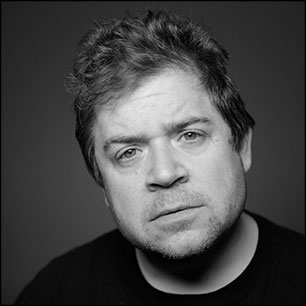 This past Wednesday, Oct. 8, UCSB Arts & Lectures welcomed comedian Patton Oswalt to the Granada Theater on State Street for a night filled with uproars of laughter. Best known for his role as “Spencer Olchin” in the sitcom The King of Queens and as the voice of “Remy” in the Disney film Ratatouille, Oswalt began performing stand-up comedy in his early twenties. He became a writer for the hit sketch comedy television show MADtv and later took to acting in film and television. He has several comedy albums out, including his most recent Tragedy Plus Comedy Equals Time.

Oswalt’s performance was lively and downright hilarious, with just the right amount of vulgarity. His style covers various topics, ranging from pop culture references to digging deeper into sociopolitical and religious issues. His bits are all well-written and they cover a wide range of topics that incorporate his very liberal beliefs, which play a heavy role in his jokes. His jokes varied from stories about his six-year-old daughter to his stance on the presidential campaign to many sexual innuendos. He had the crowd rolling and hollering, tears running down their faces from laughter.

At the beautiful Granada Theater, Oswalt attracted a pretty hefty crowd. It was just about half and half when it came to the demographics of those who were lifelong Oswalt fans and those who just wanted a good laugh for the night. Although many are familiar with his work in television and film, most do not know his stand-up comedic side. One audience member said, “I didn’t know what to expect but he was very funny … I would see him again, and I would recommend most of my friends [to see him]! I don’t know that I could recommend all of my friends seeing him, just because he may not be their type of humor, but I very much enjoyed it!”

First year UCSB student Meagan Garza was excited to see him. She had never been to a stand-up comedy show before so she had no idea what to expect. She noted she had seen him on one or two shows, and had anticipated the amount of raunchy comedy.

“I kind of expected [the jokes] to be vulgarly hilarious! I enjoyed everything about the show, I don’t remember a single time I wasn’t laughing. I would definitely see him again.”

When the night came to a close, Oswalt had the crowd begging for more. Even after signing off, the roar of claps convinced him to come out for an encore. Audience members were shouting for him to bring back some old bits but Oswalt laughed, “I can’t even keep track of my new bits, let alone being able to recall my old ones!” He jokingly asked some audience members for help reconstructing his jokes and some of his longtime fans knew the material better than he did. He finally signed off on quite the high note, with his last bit being about super heroes inspired by his fight with hemorrhoids.

Oswalt gave a gracious goodbye as he left the stage for the last time, thanking Santa Barbara for all the laughs and for being such a great crowd.