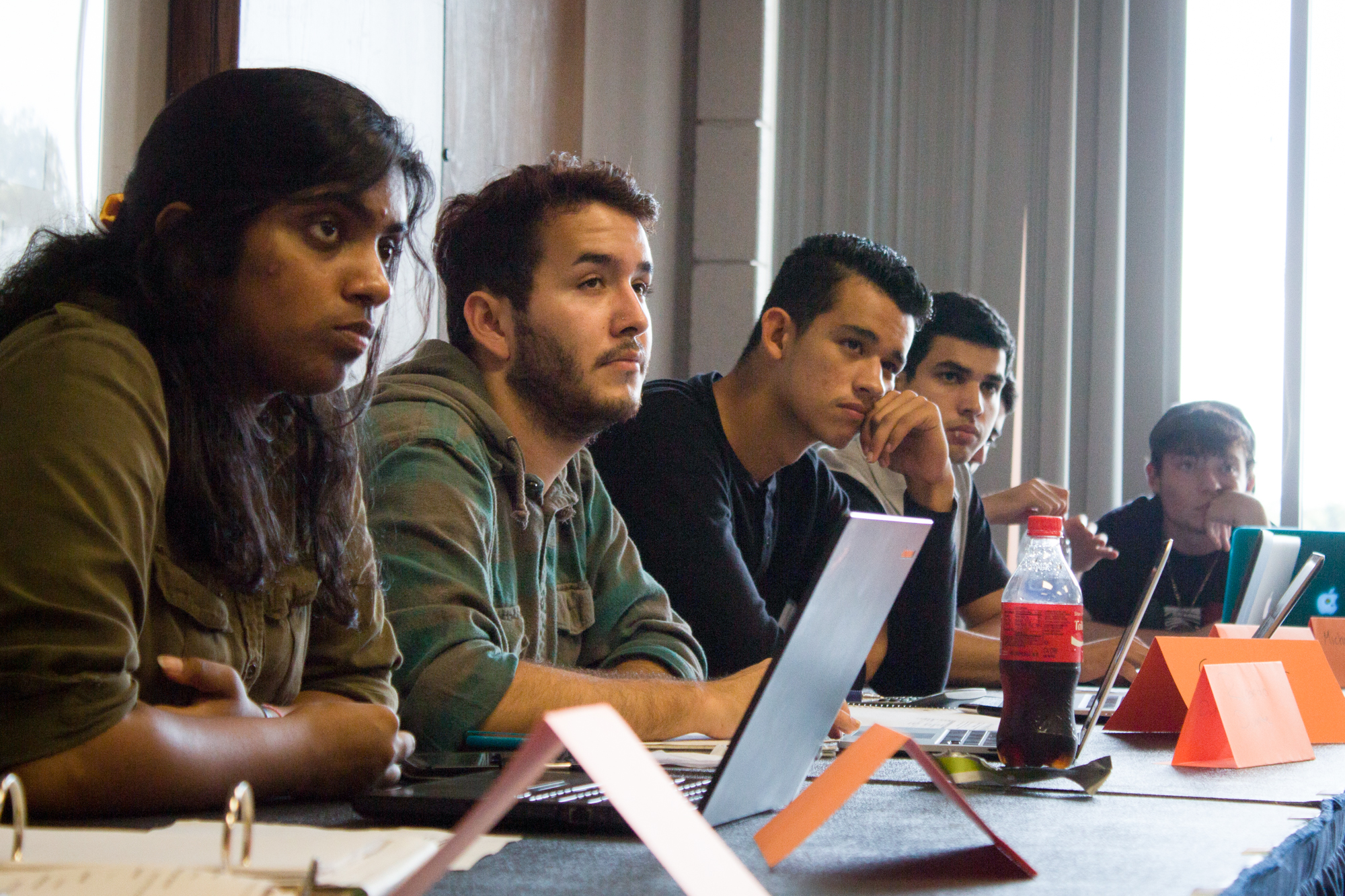 Partially funded groups included Zeta Phi Rho fraternity for $320 of $370 for a haunted house with Isla Vista Youth Projects, Kappa Kappa Gamma sorority for $735 of $835 for Kappa Dash 5K Color Run, International Student Association for $470 of $670 for ‘Go’ board game night and mixer and Hermanos Unidos for $1307 of $1370 for a community Thanksgiving dinner.

Cotillion Dance Club’s request of $1,000 in furnishing for annual Beach Ball dance competition was tabled until the group finds additional sources of funding and furniture rental.

“We started this 10 to 15 years ago because one of our members passed away from ovarian cancer while attending UCSB, so it’s in memoriam of her,” Vlaco said. “We had over 300 participants last year and we raised over $5,000.”

Fourth-year black studies major Susana Abdurahman said bringing transgender activist Cece McDonald to the Trans Revolution series at UCSB is extremely significant to the queer community because McDonald is a black transgender woman who was imprisoned in a men’s prison after defending herself from a racist and transphobic attack.

“By defending herself, the man who attacked her was killed, and she was put in a men’s prison for 19 months,” Abdurahman said. “We are really excited to bring someone who has been a phenomenal activist for black and trans rights to come have a conversation with us about prison reform.”

Co-captain of UCSB Surf Team and second-year pre-communication major Stephanie Schechter said because the team does not receive sufficient funding from the university, individual athletes must pay registration fees for the National Scholastic Surfing Association (NSSA).

“We have 14 national titles, but unfortunately we don’t receive very much funding or donations,” Schechter said. “Our team has to pay our own travel expenses. Our yearly costs are about $14,820, so we are requesting registration funds for NSSA.”

Active Minds Co-Publicity Chair and Co-Events Chair Marisa Jones said it is an honor for UCSB representatives to speak at the national conference, which will focus on the organization’s goal of eliminating the stigma surrounding mental health issues.

“We’ve been a five-star chapter at UCSB for six years in a row,” Jones said. “Only a few chapters have been able to speak, so we’re excited to be able to represent UCSB.” 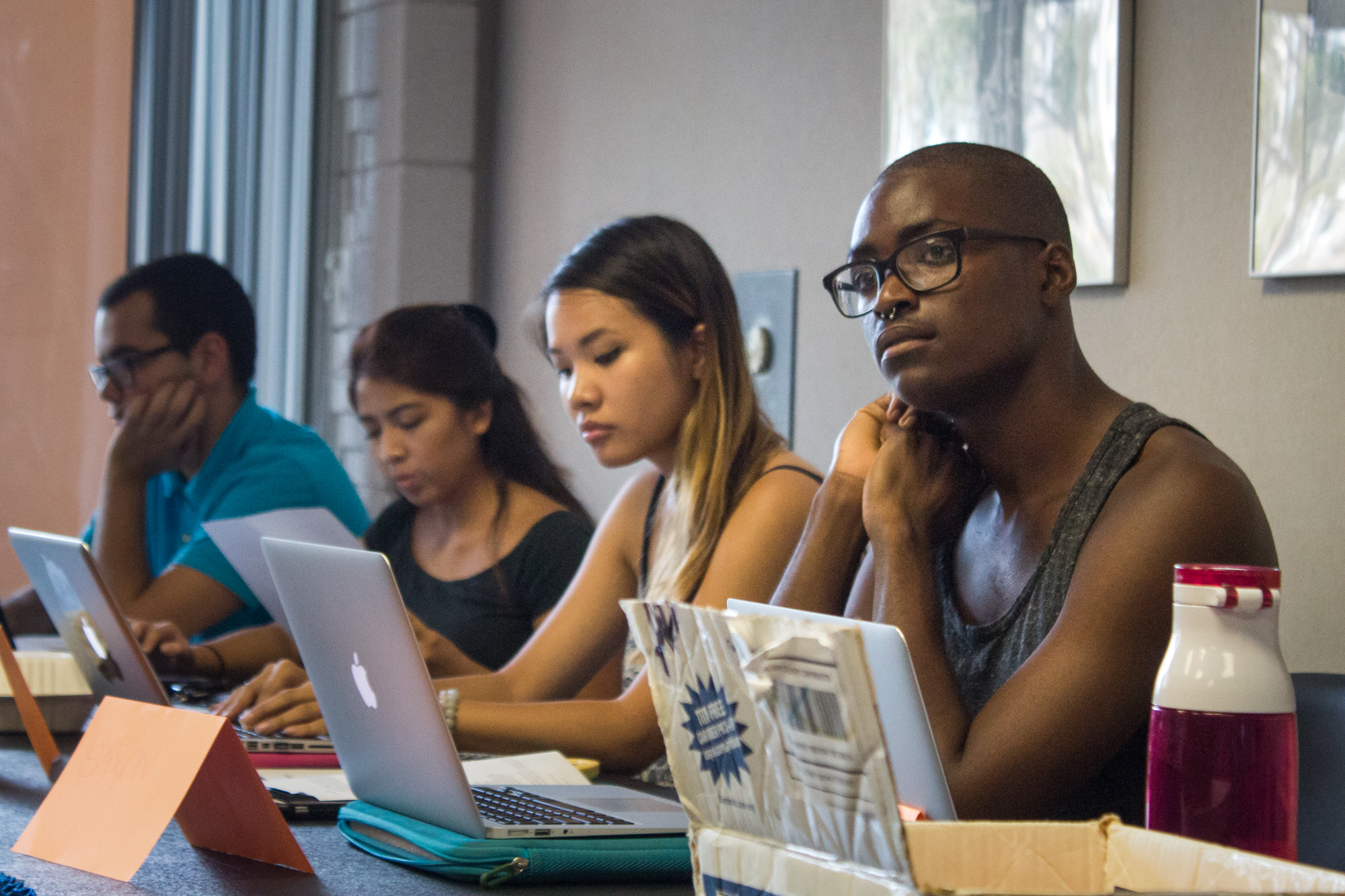 College of Creative Studies (CCS) collegiate senator and third-year CCS biochemistry and bioengineering major Dustin Larrazolo motioned a discussion about funding for Greek organizations, saying there should be a lower funding limit for Interfraternity Council (IFC) and Panhellenic events.

“It’s not that all IFC or Pan groups are one entity, but I don’t think Greek organizations should be getting these blank checks,” Larrazolo said. “I also believe this is a conflict of interest because there are IFC members here. It doesn’t seem entirely appropriate; if we do fund [Greek organizations] there should be a smaller cap.”

Larrazolo also said A.S funds should be reserved for students who require funding to attend the university.

“I think these funds should be going toward students of color, undocumented students, students who require resources to continue attending the university as opposed to building up haunted house for I.V. Youth,” Larrazolo said. “I think that’s great, but it’s not our job to be a sponsor.”

Chief Financial Officer of F&B Kevin Koo said he does not oppose the allocation of funds to Greek organizations because they comprise a large portion of the student population.

“They are accessing a lot of students and they are raising a lot of money. It’s beneficial for the community and the school,” Koo said. “I think the bigger issue is if philanthropies fall within our guidelines — if they do, I don’t see a problem with that.”

Assistant Director for Finance and Budgets Cindy Lopez told F&B about A.S. President Jimmy Villarreal’s plans to reallocate $9,000 from the A.S. Leadership fund to use for professional development.

Senator Larrazolo also introduced a Bill to Redefine the A.S. Science, Technology, Aerospace and Research Kapital Fund (S.T.A.R.K.), amending the bill to allocate $4,000 dollars to the CCS student council and $4,000 dollars to the College of Engineering student council. According to Larrazolo, the current S.T.A.R.K. fund is meant to stimulate science research but is generally discussed in A.S. senate meetings rather than made accessible to CCS and the College of Engineering.

“I can’t speak for the College of Engineering, but through CCS we require students to participate at a quarterly symposium at CCS,” Larrazolo said. “When someone receives funding we want to make sure they’ve actually made progress and [are] completing their mission statement.”