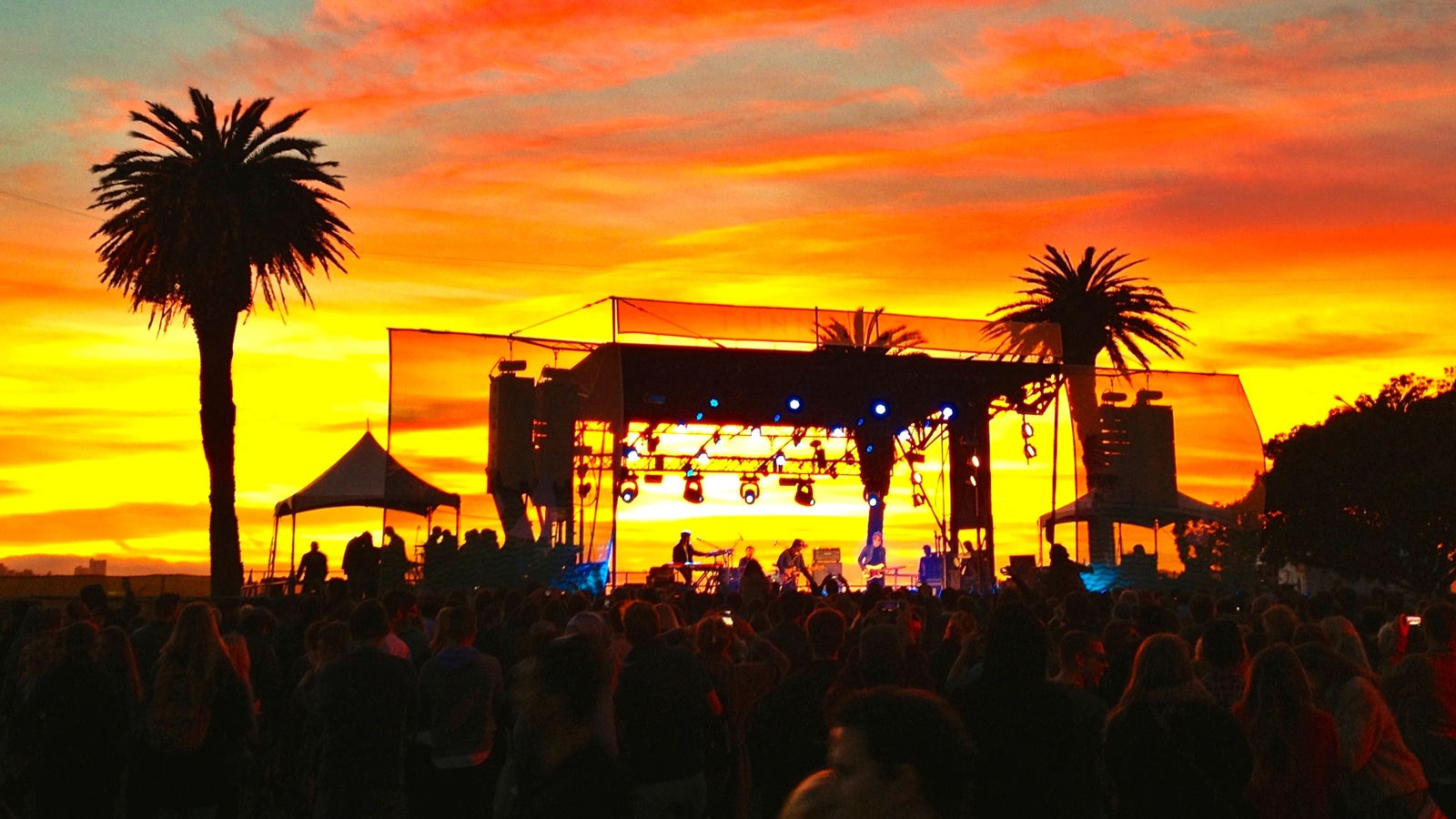 A festival with no scheduling conflicts?! If you’ve ever attended a music festival, you understand why that phrase seems to be an even bigger oxymoron than jumbo shrimp. If you’ve never been to one, let me just tell you, the opportunity to see all of the artists present just does NOT happen. That is, of course, unless we’re talking about Treasure Island.

For all you non-Bay Area folks out there, I’m not referring to the sleazy Vegas casino or a possible destination for the Black Pearl. I’m talking about the man-made island that’s only an exit away while traveling on the Bay Bridge.

On Oct. 17 and 18, for the 9th year in a row, the former naval base is delivering one of the most loved festivals of the west coast.

It’s easy on the pocketbook too. A 2-day general admission ticket is only $170 (c’mon people, I spent more on nosebleed seats for Justin Bieber back in 2010 … it was a dark time). This ticket provides you with the opportunity to see 24 artists, 12 comedy shows, 10 silent discos and complimentary shuttles to get you where you need to go. Of course, the best part is you won’t have to make life altering decisions like choosing Axwell ^ Ingrosso over The Weeknd to later find out that he, of all people, brought out Yeezus (yes Coachella 2015, I’m still upset).

Speaking of Coachella, as much as I love wheezing my way around to different stages across the mile-long campgrounds in triple digit weather, Treasure Island’s more intimate setting and cooler temperatures are definitely bonuses for me. I’m also not going to miss the hoards of shirtless frat boys, or the girls (who have more fabric on their flower crowns than on their whole body) that spend more time taking pictures than listening to the actual artists. It’s not hard to see why many festival go-ers prefer it over Coachella because it’s actually about the music, and that starts with the production crew. Noise Pop, the production team behind this event, is a local Bay Area volunteer organization that has been dedicated to championing independent music and culture for over 20 years. They provided early exposure to such artists as The White Stripes, Modest Mouse, The Flaming Lips and Death Cab for Cutie.

So whether you want to vibe with the indie-synth trio Chvrches, rock out with The National, rap along with Run the Jewels, or rave to Deadmau5 and HudMo, Treasure Island has something for everyone. Who knows, perhaps you’ll even discover an act that could be the next White Stripes? Maybe you just want to let loose and get some laughs in, then grab some delicious food and head over to the comedy stage. Either way, you don’t want to miss the most unique festival in the world complete with a panoramic view of the Bay Area and the San Francisco skyline. Seriously guys, it doesn’t get better than this.