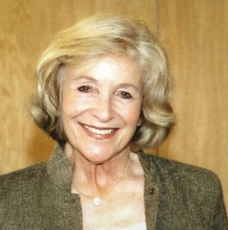 Gevirtz was a member of the UCSB Gold Circle and a trustee of The UCSB Foundation. She, along with her late husband Don Gevirtz, became the namesakes of the Gevirtz Graduate School of Education when they donated $10 million to the school in 2000.

Chancellor Henry T. Yang said Gevirtz served UCSB for the past three decades and he is “deeply saddened” by her passing.

“Marilyn also contributed to our university in countless ways, including serving as a trustee of our UC Santa Barbara Foundation,” Yang said in an email.

According to Yang, Gevirtz dedicated her life to improving the quality of education for young students.
“Marilyn was passionate about childhood education, and about igniting a love of learning in young students,” Yang said in an email. “She was a visionary philanthropist and an inspirational leader for our university and community.”

Third-year sociology major Edward Cruz said Gevirtz’s legacy is “phenomenal” and he considers her an example to follow in his own life.

“Her philanthropic ideals were excellent, and I hope to be a visionary like herself in the future to give back,” Cruz said in an email. “I am positive that her legacy will live on because of her honorable donations.”

Gevirtz Graduate School of Education Communications Coordinator George Yatchisin said Gevirtz’s multi-million dollar gift to the university is one of many instances of her generosity.

“Their substantial gift to UCSB led to the Graduate School of Education being named in their honor,” Yatchisin said in an email. “It is an honor to mention this, however, this is just one way of how she helped the university. She had a great heart.”

According to Yatchisin, the graduate school would not have become one of the top 50 public schools of education in the country without Gevirtz’s generosity.

“She helped us hire the best professors, attract the most promising students, and conduct cutting edge research to improve education for all,” Yatchisin said in an email.

Yang said attending Gevirtz’s funeral service showed him the impact she had on others.

“It was very moving to hear the tributes from her family, friends, colleagues, and many others whose lives she touched in a deep and enduring way,” Yang said in an email. “She will be dearly and forever missed.”

“Marilyn Gevirtz’s work provided a very rich and progressive education to UCSB students in the field of education,” Abboud said in an email. “I knew several undergraduate and graduate students in the Gevirtz School whose experience there significantly impacted their future.”

Yatchisin also said working closely with Gevirtz taught him the value of generosity.

“I got to know Marilyn first-hand at the Gevirtz Graduate School of Education,” Yatchisin said. “I learned that giving back is so essential in making the university a better place through her example.”