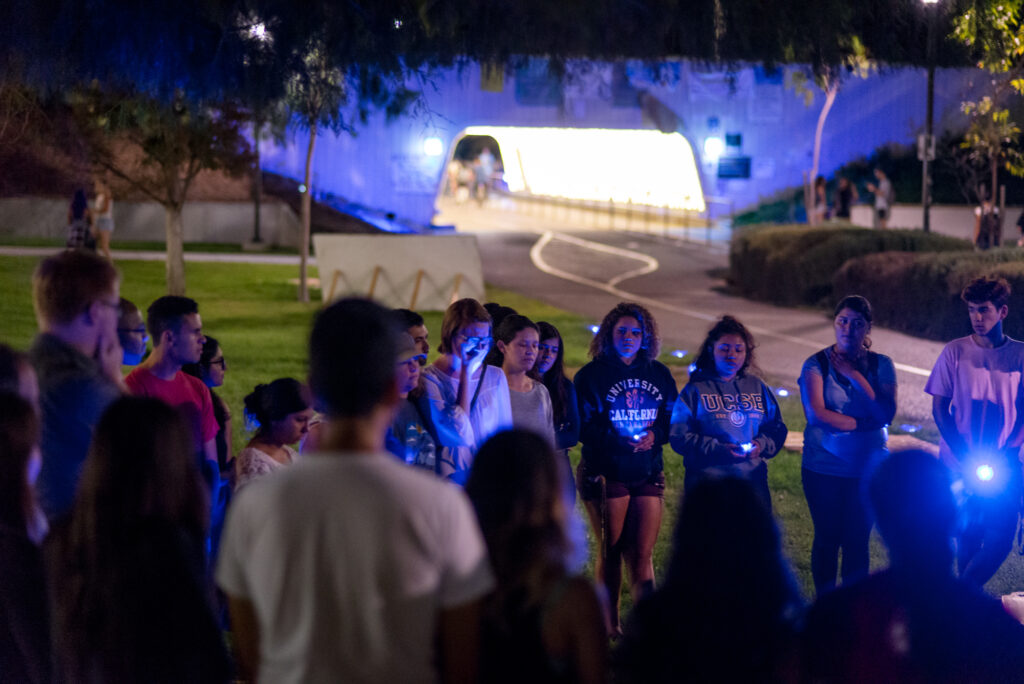 The vigil included an open-floor discussion during which individuals could express their thoughts regarding the shooting. Blue LED tea lights, the same type used during the series of May 23 memorial events last spring, were distributed to the approximately 50 participants. The group will meet again next week on Thursday at 8 p.m. in front of the SRB.

Armbruster-Sandoval said the Umpqua shooting strongly affects many UCSB students because of the events of May 23 last year.

“It’s like it’s happening all over again,” Armbruster-Sandoval said. “We had our own incident here last year in May. There’s been many of these cases, unfortunately. I was disheartened to hear President Obama say that people become numb to this.” 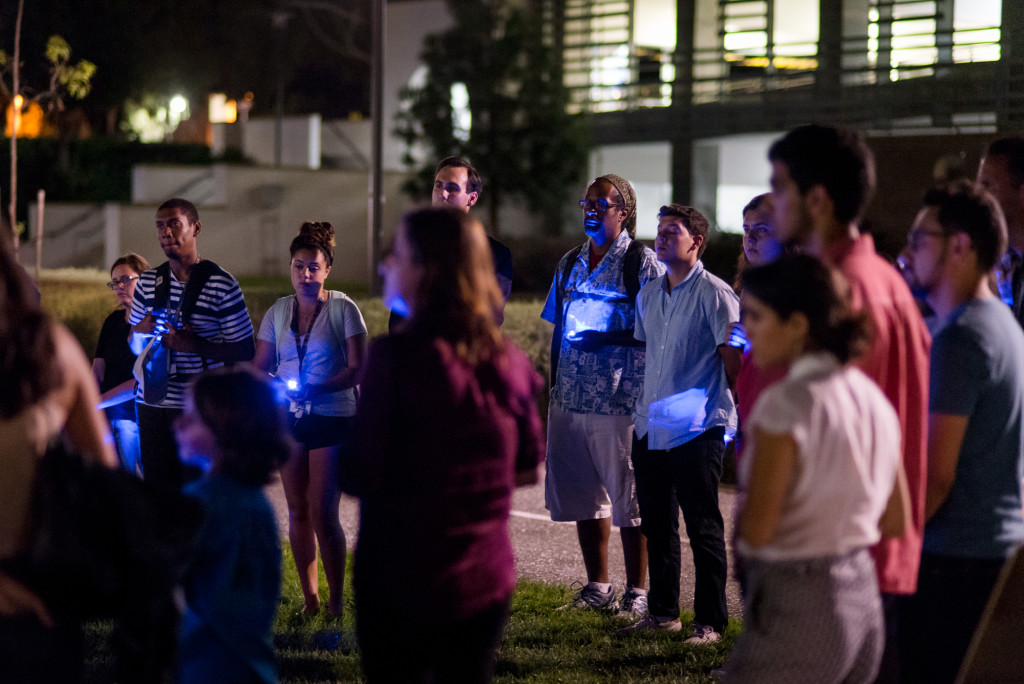 “I have a lot of anger and some fear, too,” Roark said. “I saw Obama talk about these shootings, these rampages, these killings and how it has become routine in our society, and I had a revelation for the first time that bothers me that we turn the conversation to one that goes nowhere. It should go somewhere, but it doesn’t.”

According to Armbruster-Sandoval, it is important for the community to come together and “share collective outrage” over how many school shootings have taken place in the U.S.

“I’ve been to many vigils over the last couple of years, and, frankly, they seem like, ‘Is this really going to do anything?’” Armbruster-Sandoval said. “They may not, but it’s important for us to come together as a community and to breathe and be present to say, ‘I don’t like this; this hurts me.’”

According to Roark, individuals who commit mass shootings all suffer from poor mental health.

“Even if for one moment, if they have anger and an impulse and violent urges, that is a mental health issue,” Roark said. “And I hear them say that, and I realize this is part of the routine.”

Roark said many of the ways in which society responds to school shootings “go nowhere.”

“We think blue lights are going to help?” Roark said. “We have the press tonight here; people taking notes. I don’t know how that helps. I don’t mean to put anger on anyone out here. I’m sorry. I’m just frustrated. My oldest daughter is 16. I don’t know where she’s going to go to college. That’s my fear.”

Marquez said it is important to look ahead at the next steps that need to be taken in the aftermath of events like the Umpqua shooting.

“I’m certain that we can create peace. It’s not enough to feel badly about it. Taking the next step is important,” Marquez said.

Armbruster-Sandoval said there had been too little new gun control legislation enacted in the U.S. despite the increase in school shootings.

“If it wasn’t good enough back at Sandy Hook, when is it going to be good enough?” Armbruster-Sandoval said. “We had these yahoos that said the way to solve this is to arm all the teachers. I just don’t understand the logic.”

“I realized that, earlier, I had a lot of anger, but just listening to everyone made me feel like this is where things change,” Roark said. “I feel the peace and the passion.” 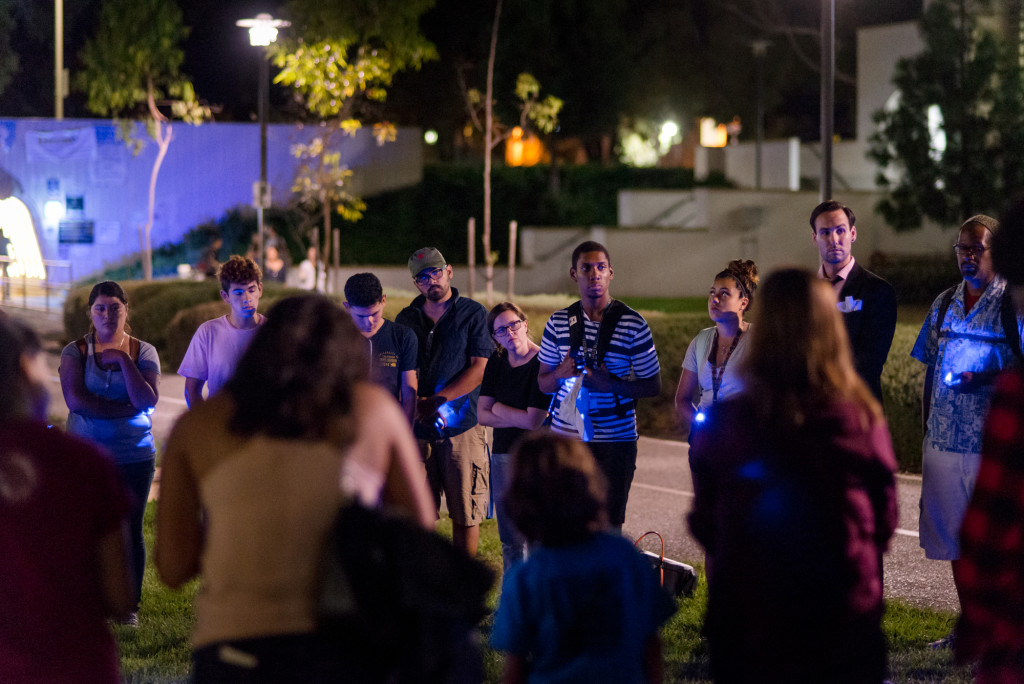