The Daily Nexus
Water Polo
Streaks at Stake in MPSF Opener
October 1, 2015 at 5:03 am by Jack Mathews 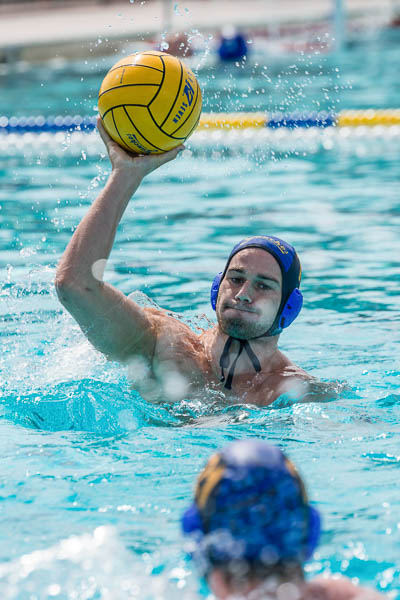 The No. 6 ranked UCSB men’s water polo will begin its conference play this weekend at home against No. 4 ranked University of California-Berkeley, as well as No. 5 ranked Pacific University.

The Gauchos have built up some confidence heading into league play as they are currently riding a five game win streak, including a pair of wins over No. 16 Navy and Loyola Marymount this past weekend. The team currently stands at 9-2 overall.

Santa Barbara cannot understate the importance of this weekend, as a pair of wins would undoubtedly launch it into the top 4 nationally, as well as provide crucial confidence throughout the rest of conference play.
An undefeated weekend is no small task for the Gauchos as their opponents share a combined record of 21-3 and are both ranked ahead of Santa Barbara.

Santa Barbara took on the Golden Bears twice earlier this season and lost both times by the score of 12-5. The Gauchos will have revenge on their mind, while Cal will look to follow the same formula that allowed them to win the first two meetings handily.

Pacific University currently has a record of 10-1 and is riding an absurd 10-game winning streak heading into the matchup. The Tigers have beaten six ranked teams on the season, with their only loss coming to Cal in their season opener.

Kristzian Laczkovics will be key for Pacific this weekend as his 40 points and 18 assists lead the team on the season. The senior Attacker from Hungary will give the Gauchos’ defense fits if they are not able to stop him from creating opportunities for himself and his teammates.

Santa Barbara’s first match begins Saturday at 12:00 p.m. at the UCSB Campus Pool against Cal. The Gauchos will play Pacific at 12:00 p.m. on Sunday.

A version of this article appeared on page 8 of October 1, 2015’s print edition of the Daily Nexus.