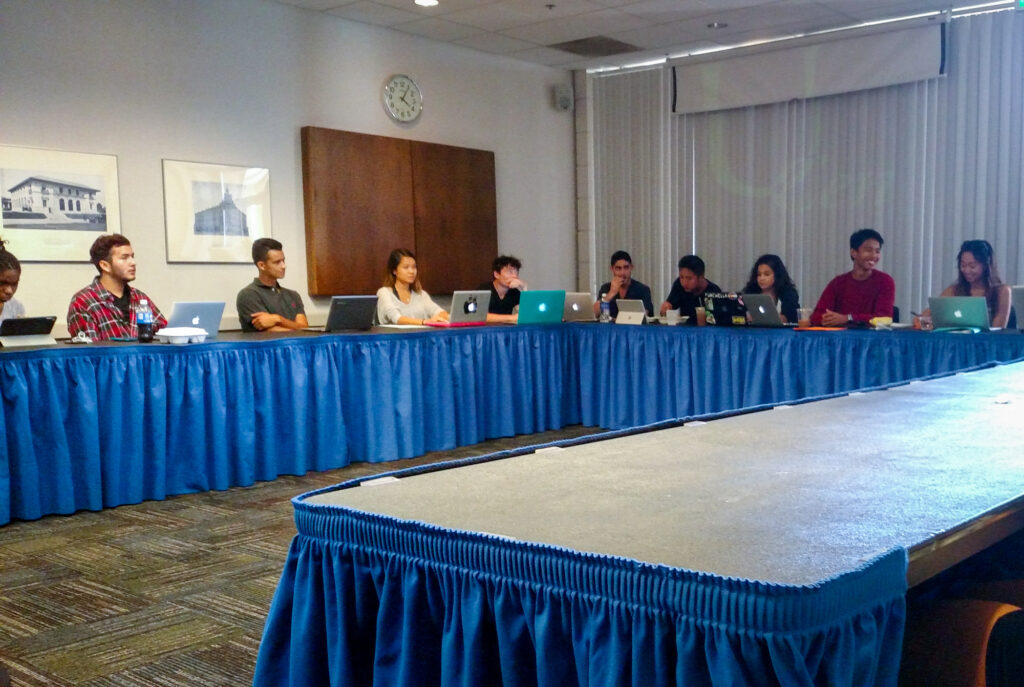 The Associated Students Finance and Business Committee (A.S. F&B) met for their first meeting of Fall Quarter on Monday in the UCen State Street Room.

IFC Vice President of Communications Austin Hechler requested $15,000 to bring RL Grime to the Thunderdome on Nov. 10 for a benefit concert to raise funds to improve Greek Park.

“If you have seen the park recently it is really run down with basketball courts that have cracks all over it, volleyball courts with weeds going everywhere,” Hechler said. “All fraternities and sororities will be represented in this park and this park is not just exclusively for Greeks; anyone who wants to host an event there can host an event there. We just want to make sure that it looks aesthetically good.”

A representative of Students for Life of America said the group will use the $500 allocated for venue and security fees for a debate on abortion they plan to host on Oct. 21 at 7 p.m.

“We are hopefully going to have a philosophical debate about abortion,” the representative said.

Board member Nawar Nemeh said he is concerned only one side of the debate is advertising for the event.

“I don’t think it will be a problem, but we should keep in mind that the advertising is being done by one side of the issue and it is a philosophical debate on a controversial issue,” Nemeh said. “I don’t know if we can fund, like, an independent entity and can advertise for them.”

But A.S. F&B Assistant Director for Finance and Budgets Cindy Lopez said, the Committee should not consider the content of the group’s event when deciding whether or not to fund it.

“Any decision you make on funding for any event has to be content-neutral so we don’t make decisions on what the content is of any speaker that comes here,” Lopez said.

Laughology President Matthew Ducket requested funding for this year’s performances including regular Saturday night shows, a possible live broadcast from Jake and Amir from College Humor and a show with comedian Moshe Kasher who appeared on “Late Night with Jimmy Fallon”, “Conan” and “@midnight.”

“We put on a free show every Saturday at 8 at Embarcadero Hall,” Ducket said. “We do that every Saturday with the exception of during Thanksgiving, dead week and finals week.”

According to Ducket, A.S. has funded Laughology in previous years.

“A.S. has kind of been the backbone for us, at least for the past four years that I have been part of this club,” Ducket said. “We typically get the majority of our funding from you guys and it really helps us to put on not just our shows in general but put on great shows.”

A Mab Productions representative requested $2,500 for its 25th Annual Monologue Festival, which will take place the first or second weekend of Winter Quarter.

The representative said Mab wants to expand its reach beyond campus and the requested money would fund advertising throughout Santa Barbara in publications such as the Independent.

“We are asking for slightly more funding for advertising to explore some things like putting an ad in the newspaper or possibly on the radio,” the representative said.

Chief Financial Officer Kevin Koo said he did not want the Committee to fund high advertising costs that do not target UCSB students.

“I do a lot of work in advertising and I just think this number is not very feasible,” Koo said. “I would like to see that cost lower.”

“I understand how you want to build a big audience group, but I kind of want to put students first in this opinion,” Koo said.

UCSB MUN Under-Secretary-General of External Affairs Akshaya Natarajan requested $4,465 to take 12 delegates to the TrojanMUN Conference Oct. 29 through Nov. 1 at the University of Southern California.

“We are an academic travel team and competitive team that goes to conferences and hosts our own conferences here on campus that simulates the United Nations,” Natarajan said. “We do a lot of this primarily around debate, research, public speaking, things like that.”