The Daily Nexus
Sports
Familiar Start for Men’s Soccer
September 17, 2015 at 5:05 am by Michael Jorgenson 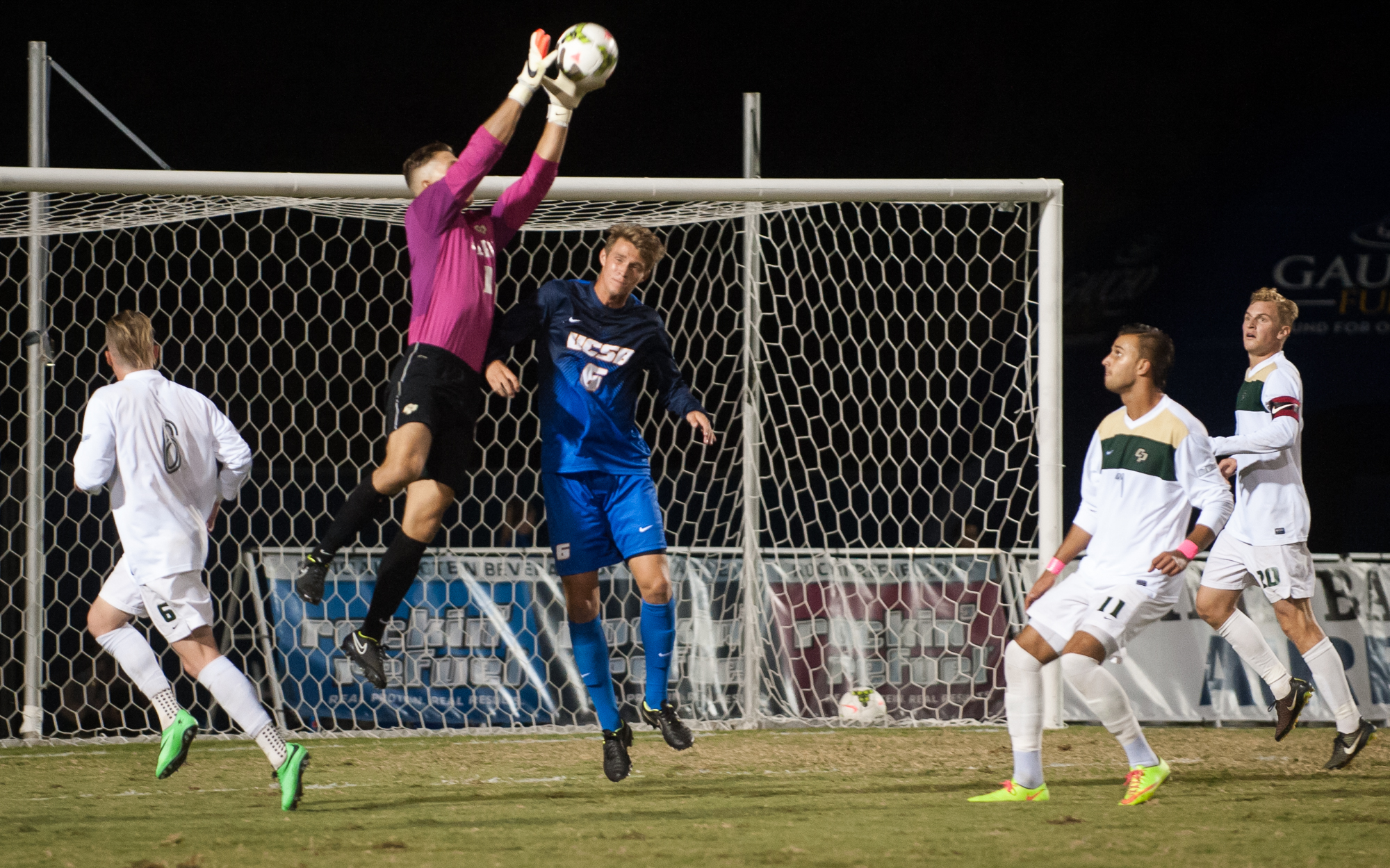 For the second straight year, the UCSB men’s soccer team has started 2-2-1. Seeing as how the Gauchos went on to finish the 2014 season with the No. 1 seed and home-field advantage throughout the Big West Tournament, this solid start seems to bode well for them. After all, they were selected to repeat as Big West North Division Champions in the 2015 Preseason Coaches Poll.

Bringing back core players in left back Ismaila Jome, midfielder Drew Murphy and forward Nick DePuy, all of whom are juniors who were named to the Preseason All-Conference Team, UCSB has experience on its side this time around.

DePuy is the reigning Big West Offensive Player of the Year, having scored 10 goals and six game-winners last season. The former midfielder has already gotten off to a hot start to this season as well, notching three goals in five appearances, tied for first in the Big West.

Murphy and Jome are coming off a season in which they each compiled a team-high five assists, with the latter having already tallied three assists this season, also tied for first in the conference.

Kicking off their campaign against national powerhouse Stanford and star junior forward Jordan Morris, who has recently been seeing time playing for the US Men’s National First Team, the Gauchos got off to a perfect start to the season. DePuy was able to pick up right where he left off, scoring a first-half header off a cross from junior midfielder Seo-In Kim.

A resistant UCSB defense shut down Morris and the Cardinal all night behind the great play of its defense. Fantastic debuts from sophomore holding midfielder Kevin Feucht and a couple of freshmen in center back Sam Strong and goalkeeper Justin Vom Steeg provided the Gauchos 90 minutes without a slip-up on the way to a 1-0 statement win over the team that was ranked No. 8 in the nation to start the year.

Strong’s efforts earned him his first Big West Defensive Player of the Week award while Vom Steeg earned a call-up to play for the USMNT U-20 squad in Serbia the following weekend. The team’s top goalkeeper and son of Head Coach Tim Vom Steeg has given the defense a comfortable, composed presence in goal, providing two shutouts and going 2-1 in his first three starts. His .800 save percent and 0.67 goals against average are both good for third in the Big West.

The Gauchos’ first road trip to New Mexico saw them tying 2-2 against Denver before falling 2-1 to host team No. 17 New Mexico. UCSB’s top two transfers in Feucht and sophomore forward Ahinga Selemani were named to the All-Tournament team, continuing to impress and solidify their spot in the starting lineup.

Just this past weekend, Santa Barbara traveled to UConn where it bounced back with a 2-0 win over Yale before once again losing to the host team 2-1.

While the Gauchos have tended to start games strong, scoring a goal in the first half of four out of their five games, they have conversely found themselves faltering late in games. Already three times this season, they have conceded two goals after halftime to lose their lead.

Up next for UCSB is a home game against the College of Charleston, a team the Gauchos defeated on its home turf last season 2-1. The game will be played at 7:30 p.m. tomorrow night at Harder Stadium.

This article appeared on page 12 of September 17, 2015’s print edition of the Daily Nexus.