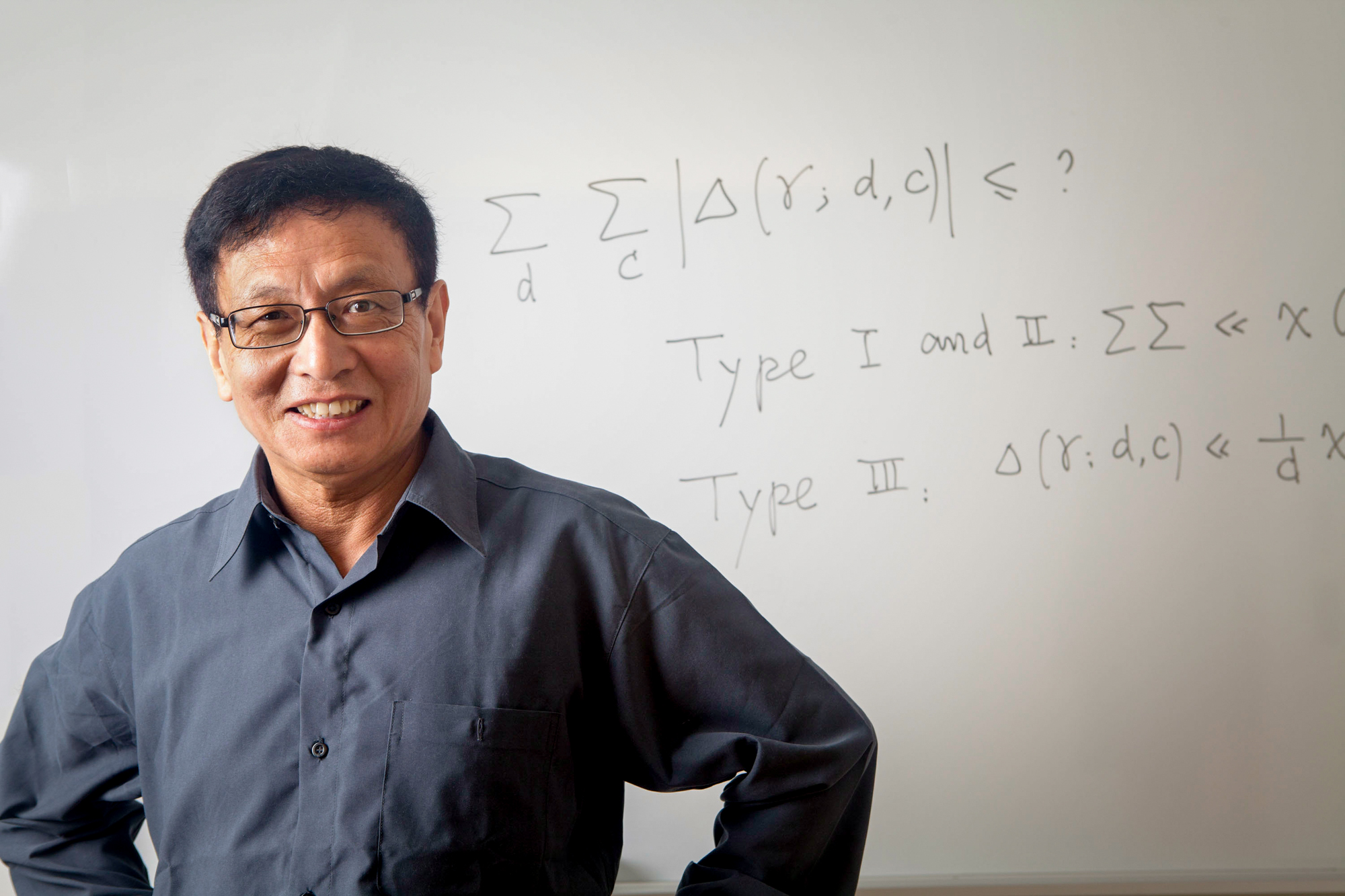 Renowned mathematician Yitang Zhang will be joining UC Santa Barbara’s mathematics faculty this fall, a development many hope will add further prestige to the university.

Zhang became famous in 2013 when he submitted a proof to the Annals of Mathematics which established the first finite bound on gaps between twin prime numbers, a feat many believed to be impossible. The New Yorker magazine published a profile on Zhang in February, and Filmmaker George Csicsery premiered a documentary on Zhang called “Counting from Infinity” in January. Zhang’s major breakthrough earned him numerous awards and honors, including the 2013 Ostrowski Prize, the 2014 Frank Nelson Cole Prize in Number Theory, election to the Academia Sinica fellowship in 2014 and tenure professorship at the University of New Hampshire in 2014.
UCSB mathematics professor and number theory specialist Jeffrey Stopple said it is unusual for mathematicians to be featured in The New Yorker.

“He’s probably at this point one of the most famous mathematicians in the world,” Stopple said. “I think there might be only maybe two or three others alive that have his level of celebrity.”

UCSB Chancellor Henry T. Yang said he hosted Zhang’s visit to UCSB during a mathematics department colloquium in May and he personally invited Zhang to join the faculty as a professor.

“I was honored to be able to host his visit to our campus and to invite him to become a professor, a colleague and a friend on our campus,” Yang said in an email.
According to UCSB professor emeritus in mathematics Martin Scharlemann, Zhang currently stands as one of the most prestigious professors at the university.

“There are various types of prestige in mathematics. One is to be known by experts in your field and another is to be known by the general public,” Scharlemann said. “At least in the second category, he’s probably the most remarkable here at UCSB.”

UCSB mathematics department chair and professor Darren Long said he hopes Zhang’s presence in UCSB’s math department will increase the amount of interactions between professors and expand the department’s range of research.

“This is not an enormous department, so we don’t have representation in every field possible,” Long said. “He is somebody that opens up a vista in that way.”
According to Stopple, hiring Zhang will significantly increase the university’s prestige and will attract even more students in the future.

“I think it raises the profile of the campus enormously,” Stopple said. “In terms of recruiting new students at UCSB, I think at all levels people will want to be here.”

Long said he offered Zhang a reduced teaching load to start, but assumes Zhang will want to increase it because of his extensive teaching history at the University of New Hampshire.

“It is my impression that he will want to teach undergraduates from time to time,” Long said. “I expect he will succeed.”

“He was always very modest and unassuming and he certainly never boasted of anything,” Grinberg said. “Even though he’s become world famous, I don’t think that’s changed too much.”

Grinberg said students at the University of New Hampshire found Zhang’s teaching style to be “very much accessible” and “easy to follow.”

“Some people might try to impress everybody by how deep their work is and get them lost in technicalities,” Grinberg said. “Yitang Zhang doesn’t do that.”

Stopple said Zhang’s next goal is to solve the Landau-Siegel Theorem, an important piece of a larger and more difficult problem called the Riemann Hypothesis, a 150 year-old mathematical conjecture with a one million dollar prize attached to it.

“He sets his sights very high and I’m very impressed by him,” Stopple said. “Even the piece that he’s working on would make him famous all over again if he wasn’t already famous.”

Stopple said it is unlikely Zhang will be able to solve the Landau-Siegel Theorem during his time at UCSB.

“In some sense, it would be like someone being struck by lightning twice,” Stopple said. “It’s ambitious to try, but he’s the guy who’s willing to try stuff like that.”

Yang said UCSB is an ideal place for Zhang to teach while also conducting research.

“Our campus provides both the intellectual environment and spectacular beauty for him to enjoy continuing his research to solve unsolvable math problems while also teaching our students,” Yang said in an email.

A version of this story appeared on page 7 in the Thursday, Sept. 17, 2015 print edition of the Daily Nexus.