The Daily Nexus
Sports
Soccer Season Kicks Off With Home Match Against No. 8 Stanford
August 28, 2015 at 9:38 am by Michael Jorgenson 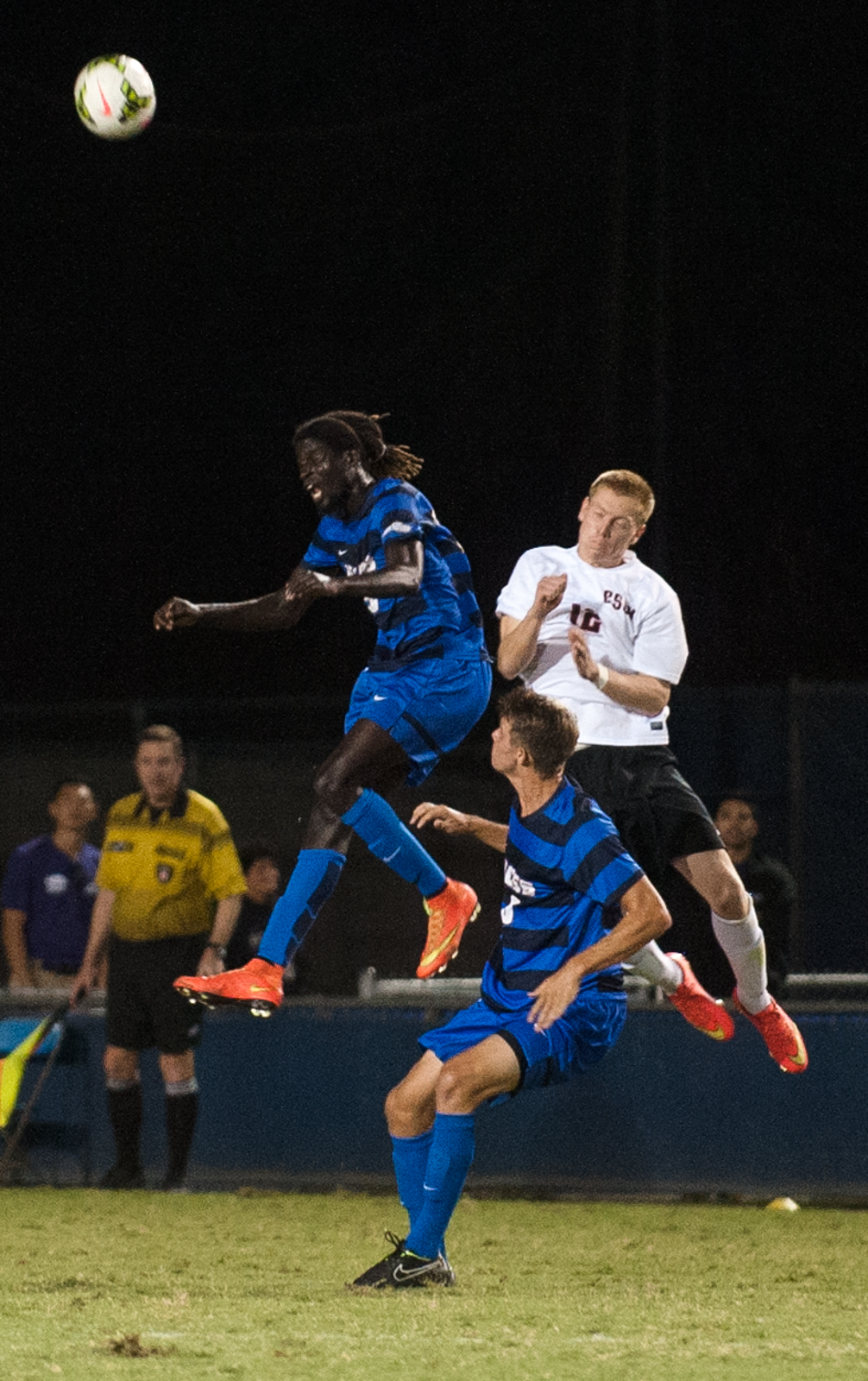 The UCSB men’s soccer team will face its first early season test today as it takes on national powerhouse Stanford at Harder Stadium.

“We feel confident. We’ve had a good training camp, we’ve had good practices, we had some things go well in the Westmont game,” Head Coach Tim Vom Steeg said. “I don’t think you’re ever quite ready to play Stanford in your first game no matter what your preparation is, but our schedule is built to play some of the top teams in the country and at some point, whether its first game or fifth game, we’re going to play teams like Stanford.”

Last Saturday, Santa Barbara got its 2015 campaign off on the right foot as it took down Westmont 4-1 in the two teams’ annual preseason tune-up match. With five new starters in the lineup since the end of last season, the short amount of time that the Gauchos had in their first action together should be invaluable as they look to build chemistry prior to today’s game.

“Offensively we kind of got what we were looking for,” Vom Steeg said. “I think the area of importance for us is defensively. I thought that we needed to do better just in transition to our defense. Defensively I think we have quite a few things we have to do in order to get ready to play Stanford.”

Stanford comes to town with high expectations for the year, boasting a No. 8 national ranking based on the NSCAA Coaches poll earlier this month. The Cardinal finished last season with a record of 13-3-3 overall and 6-1-3 in the conference, winning its first Pac-12 Title in 13 years in the process.

One week after becoming conference champions, Stanford’s streak of nine unbeaten games was ended by a 1-0 loss in its first NCAA Tournament game to UC Irvine, the same team that knocked UCSB out of the Big West Tournament Semifinals. The Cardinal went 1-0-1 in its two preseason games this season, winning 2-0 against CSU Bakersfield before drawing 0-0 against Santa Clara.

The Gauchos last faced Stanford on the road in September of last year. A much more inexperienced team at the time, Santa Barbara fell behind early, giving up three goals within the first 12 minutes.

“Stanford is particularly a good team this year but in general, they’re just a hard team to play against,” Vom Steeg said. “I do like us going into this game a lot better than we did last year. Last year we started five freshmen, so we’re a more experienced team. The players that were on the field last year when we played at Stanford, I wouldn’t say they want revenge, but you want to play that game again after what happened to us last year.”

Nick DePuy will be the focal point of UCSB’s offense once again. The junior forward led the team with ten goals last season and got off to a good start with two goals against Westmont.

“We know that [sophomore forward Ahinga Selemani] and Nick are going to be two really important players for us,” Vom Steeg said. “We have a number of players who have played two full seasons, but at the same time we had five new starters against Westmont, so that’s half your team.”

For a team with hopes of making noise nationally this season, today’s game will be a good test to see how ready Santa Barbara is at this early stage. The Gauchos should be ready to go without injuries keeping key players out of the lineup, as they did for significant amounts of time last season.

“[Freshman defender Sam Strong] will be a really good addition to our backline. He’s a player that we need in this kind of game,” Vom Steeg said. “Everybody else is in pretty good shape. There may be a couple of changes but it’ll be close to the starting group we had against Westmont.”

Kickoff against Stanford is set for 7:30 p.m. tonight at Harder Stadium.