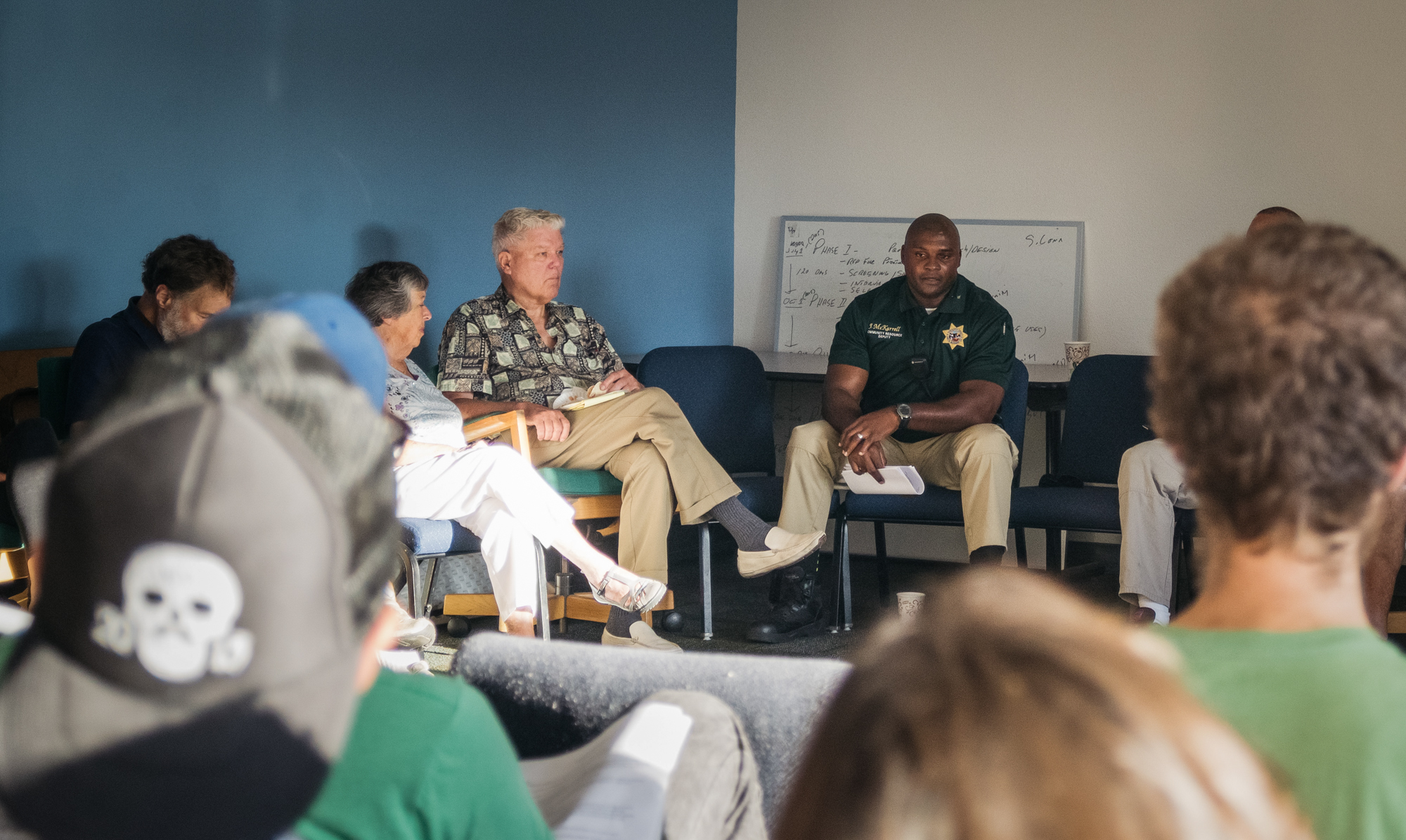 McKarrell said he will work to integrate himself in the community by spending time with residents during their everyday activities.

“I might sit out at a pizza place not just to get pizza, but to hang out with the crowd and be a part of their conversation and see what’s going on with them,” McKarrell said. “I might play soccer, which I’m no good at, but I’ll play it if it opens up a door to communication with folks in trying to figure out what’s going on in their lives.”

McKarrell said he applied for the position because he saw it as an opportunity to do his best to improve a community in need.

“We’ve had some problems around here. That’s no secret,” McKarrell said. “I love problem solving. I’m not the guy that tries to put Band-Aids on things … I will give everything I can to achieve the goal, which is making this community not only safe but one of the coolest communities in California to live in.”

“I see this place one day being a place where we don’t have to have that relationship, where someone who is intoxicated, lost, scared will feel comfortable coming to someone in uniform and saying ‘Hey, look dude, I’m drunk and I don’t know where I am,’ and they will have the confidence in us not to say ‘Turn around and put your hands behind your back’ but to say ‘How can I help you?’” McKarrell said.

McKarrell said he chose to become a law enforcement official because he admired how the Los Angeles Police Department officers behaved when he was growing up.

“I grew up in Inglewood and spent a lot of time in Watts, Compton, and the cops were at my house more than I really care to speak of,” McKarrell said. “It was the way they handled the situations, the way they responded to the calls, that made me want to wear a blue uniform. They took the time to recognize that I was a kid in a scary situation and they did their job with such peace, love and integrity.”

McKarrell said he is a “religious guy” and will act with conviction as CRD.

”I believe in God, so everything I do has a weight behind it, has moral behind it,” McKarrell said. “Every decision I make, I try to make the right one, and when you’re dealing with me you know you’ll get the truth.”

IVFP Lieutenant Robert Plastino said he will work with McKarrell to help enact change based on the CRD’s observations and recommendations.

“I run the Foot Patrol, and he is going to be the advisor telling me in what direction we need move this,” Plastino said. “As far as making actual change in our organization, that will be James telling me ‘Hey, this is what we need to do.’”

Plastino said he has the “utmost respect” for McKarrel and trusts him to be “100 percent effective.”

“We’re a partnership. I look at him as a friend, and I don’t see him as someone who works for me,” Plastino said. “I knew from the get go that James was going to be right for this position.”

I.V. Food Cooperative General Manager Melissa Cohen said all I.V. residents should work to improve the community and not rely solely on McKarrell.

“It takes everybody to effect a culture change, and that’s what we’re talking about,” Cohen said. “Isla Vista needs some help, and it’s not just going to be this dude stepping in here … It’s a conduit, it’s opening a conversation.”

McKarrell said he will call on community members to help him communicate with the monolingual Spanish speaking community in I.V.

“Most of our staff is bilingual,” Collins-Puente said. “We did that on purpose because we are serving a bilingual community, so if that is a service that’s of use to you … that’s available to you.” 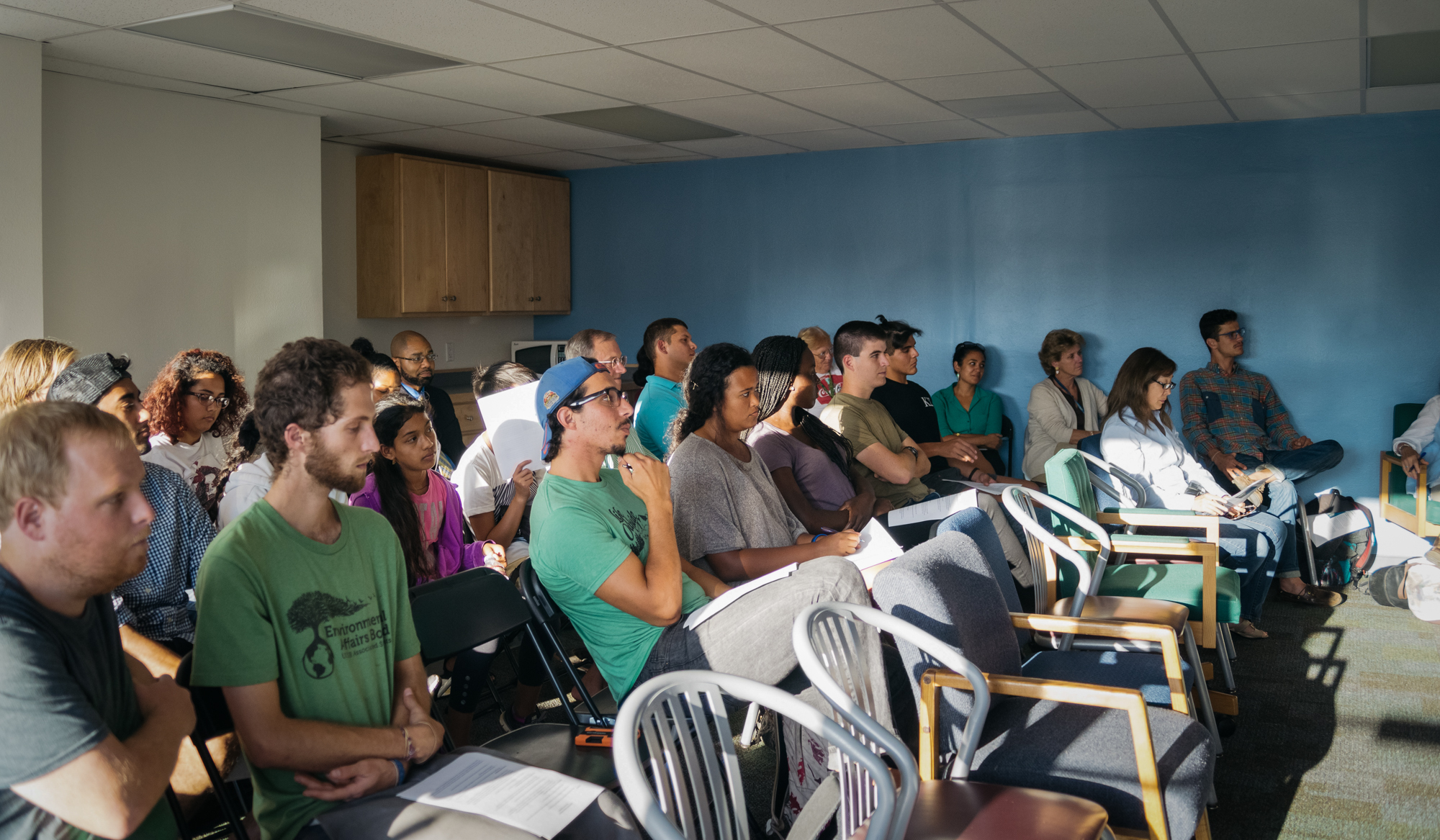 McKarrell said he plans to address sexual assault in I.V. with an educational approach.

“I see my role as being an educator in this, so we can prevent it, because the best way to stop a crime is to be proactive, not reactive,” McKarrell said.

McKarrell said he plans to encourage I.V. residents to avoid “compromising positions” as some assailants look for “easy targets.”

“Not consuming alcohol to a point where you are passed out, not going with some random dude down the street,” McKarrell said. “If you’re running around in a super short skirt, which is not illegal, you’re going to attract the guys who want the girl in the super short skirt, and you are putting yourself at risk.”

Fourth-year feminist studies major Susana Abdurahman said McKarrell’s comment “rubbed her the wrong way,” and she encouraged him to learn from campus organizations that specialize in sexual assault prevention education and survivor support.

“We shouldn’t be bearing the consequences of our bodies that we were given and how we wear them,” Abdurahman said. “Hearing that comment with a patriarchal sentiment that was supportive of rape culture is part of the problem of why many survivors don’t want to go to police.”

Minoiefar said some of McKarrell’s comments on sexual assault prevention were “problematic” but urged those at the event to share their perspectives and continue discussions with McKarrell.

“If you’re hearing something today that you disagree with, or you think should be done differently or a thought process should be changed, we’re open,” Plastino said.

“You won’t hurt my feelings,” McKarrell said. “That’s why we’re here. There can’t be one-way communication”

Dela Cruz said she was pleased with the attendance of the event and that she hopes to have her office host similar events regularly.

McKarrell said the role he will play as the CRD is what he envisioned when he originally joined law enforcement.

“When I signed on to be a cop … this is what I envisioned,” McKarrell said. “Sitting in front of you guys, trying to answer these questions, trying to figure out a way to bring communities together, this is why I became a police officer.”