The Daily Nexus
Sports
Seahawks Retain Wilson, But Is There Enough For Everybody?
August 4, 2015 at 6:05 pm by Sean White 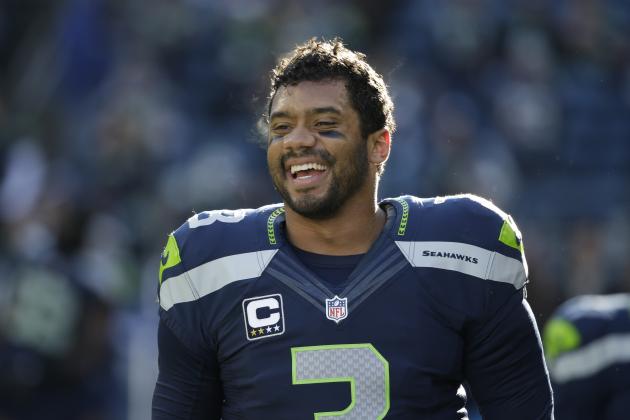 By now the news of quarterback Russell Wilson signing a four-year, $87.6 million ($60 million guaranteed) contract extension with the Seattle Seahawks is an offseason move that we eventually expected and are all glad to see be completed.

There was much curiosity as to whether or not Seattle and Wilson would come to an agreement before the start of training camp. Despite Wilson’s new contract not ending with him being the highest-paid quarterback in the NFL, it’s a much more comforting difference from the $1.5 million salary he was set to make heading into the 2015 season.

Wilson is now the second highest-paid quarterback in the NFL behind the Green Bay Packers’ Aaron Rodgers with an average salary per year of $17.82 million. Also, his $60 million in guaranteed money is tied for third-most in the NFL among current quarterback contracts behind Pittsburg’s Ben Roethlisberger and San Francisco’s Colin Kaepernick.

While on paper Wilson is set to make more than half the amount of money his contract entitles, that guaranteed money doesn’t fully become his just yet.

Of the $60 million Wilson plans on making in guaranteed money, only the first year of his four-year contract–$31.7 million, is fully guaranteed. The total of $31. 7 million stems from a $31 million signing bonus and $700 thousand base salary.

With the rest of Wilson’s contract depending on his future as the Seahawk’s quarterback, it’s assumed that he will definitely remain in Seattle and collect the money he is owed.

As Seattle tries to retain as many of its primary impact players that have helped the Seahawks get to two consecutive Super Bowls, not giving Wilson the top notch contract he wanted is just fine.

With the Seahawks salary cap already spent on keeping players such as Richard Sherman, Earl Thomas, Marshawn Lynch, and recently Bobby Wagner, now the NFL’s highest-paid middle linebacker after signing a four-year extension worth $43 million ($22 million guaranteed), Seattle can only spend so much on players it plans on keeping for the future.

In the midst of negotiating player contracts, Seattle has begun its process of releasing players in order to increase salary cap space. Surprisingly, starting defensive tackle Tony McDaniel was released and it’s expected that the Seahawks will probably cut more players and search for cheaper talent. Although McDaniel has been a pivotal piece of Seattle’s defensive front, it’s amazing to see how the business of professional sports outweighs performance sometimes.

Situations such as Chancellor’s and various others that have decided to hold out are examples of why players have voiced their opinions in the past. In regard to contracts, with the NFL being one of the nation’s top sports industries, players believe that they deserve the guaranteed money and leverage when negotiating that NBA and MLB players have.

For instance, back in May Minnesota Vikings’ running back Adrian Peterson stated his frustration of franchises having control over player contracts.

It will be interesting to see how things pan out between Chancellor and the Seahawks. At the end of the day, Seattle’s effort and success to maintain key pieces must be applauded. However, is it too concerned with keeping its best players and ignoring the possibility of underpaying its role players?

No one knows what Seattle’s next decision concerning its roster

will be, but knowing that Wilson will be a Seahawk for years to come is the team’s biggest win so far this offseason.