The Daily Nexus
News
Isla Vistans Write to Keep Plastino
July 30, 2015 at 5:00 am by Megan Mineiro 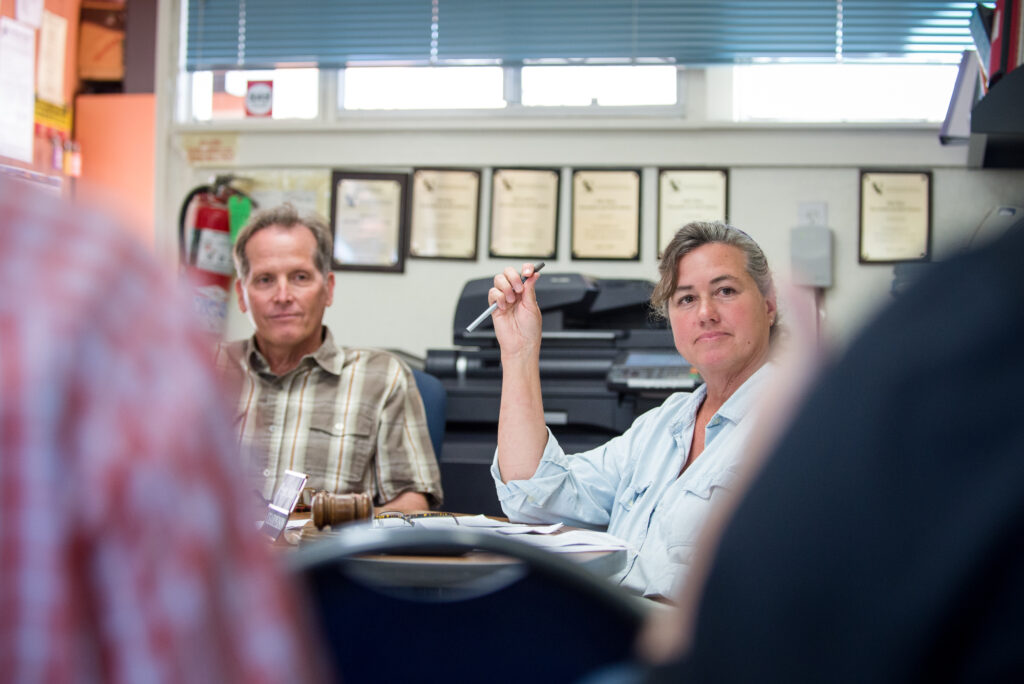 Isla Vista stakeholders recently drafted a letter to Santa Barbara County Sheriff Bill Brown requesting Rob Plastino’s term as the I.V. Foot Patrol lieutenant be extended during what many view as a critical turning point in I.V., as long-term residents, students and university and county officials work to improve safety and stability in the community.

Residents are currently gathering signatures with the letter to demonstrate the community’s support for the request before submitting it to Sheriff Brown next week. While the practice of the Sheriff’s department is to rotate IVFP leadership approximately every two years, individuals throughout I.V. believe Plastino’s role in projects such as training the soon-to-be appointed Community Resource Deputy (CRD) and preparing for the upcoming events of Halloween in the fall is important enough to lengthen the lieutenant’s term by a year or two.

Plastino said he is both humbled by the community’s request that he remain in I.V. and “more than willing and very pleased” to continue to serve with IVFP if Sheriff Brown extends his term.

“I work at the pleasure of the sheriff. If he feels, based on community input, that I would be best suited to remain in Isla Vista … then I am all for it,” Plastino said. “I want to be where I can best be used, and the fact that the community sees me as an asset here is very humbling.”

Santa Barbara County Sheriff’s Office Volunteer Chaplain Father Jon-Stephen Hedges said while he understands Plastino will be putting his own career on hold by remaining in I.V. rather than gaining additional experience at a new station, he believes Plastino’s leadership is key at a time when I.V. is “at a crossroads.”

“I would love to see him have the best possible career,” Hedges said, “but the highest and best thing any of us can do is to serve the community that we have been responsible for, and he would just be the ideal one to continue to do that for a while.”

“This is a particularly critical juncture in the history of Isla Vista,” Farr said. “Lieutenant Plastino has been a really important part of these discussions and efforts and I think it would be really good to have that continuity of leadership right now, and certainly with the hiring of a community resource deputy, which was a very high priority for the community.”

I.V. Recreation & Park District Board of Directors member and UCSB alumnus Jacob Lebell said it takes time to understand the conditions and particularities of a community as unique as I.V.

“We all feel really good about Rob, and the risk of going through someone completely new and that whole learning curve … It seems like it would make the most sense for everyone if he could stick around longer,” Lebell said.

Plastino served as the IVFP lieutenant during some of the most difficult events in I.V.’s history, according to Farr.

“He has been here through good Halloweens and bad Halloweens, a really bad Deltopia and the terrible mass casualty event with Elliot Rodgers and so he has really experienced the very worst that can happen in the community,” Farr said. “But to see the strength of the community coming together, the resiliency of the community, the memorial events — he’s been a part of those.”

Hedges also said he believes it is important to retain Plastino’s leadership for a longer period of time given Plastino’s experience in I.V. over the past few years, rather than bringing in a less knowledgeable replacement.

“Rob Plastino is somebody who is battlefield-tested. He has the confidence of all of us,” Hedges said. “I would really propose that in the next few months or even the next couple of years; it isn’t the time to be making a change at that post. I can’t imagine that it would be any better than Lieutenant Plastino.”

According to Plastino, a CRD has been selected from among the four candidates and must now be approved by Sheriff Brown before being announced to the community.

“The Sheriff has to approve that person,” Plastino said. “I can then call them all and tell them how they landed on the list and we can let the person know whose number one that they have the job.”

Plastino said if the Sheriff makes a decision by next week, then the CRD would begin work in I.V. on August 17.

“It was Lieutenant Plastino who thought to have two community members on the panel that interviewed the candidates. So we had a community representative and a student representative and it was really him; he had to go to the union and ask for permission,” Dela Cruz said.

“Because of him, we’ve gotten the programs and initiatives that we wanted for the past year. So he’s been incredibly instrumental,” Minoiefar said. “Without his support we wouldn’t have done half the things we did.”

Long-time I.V. resident and UCSB alumna Sue Whisenand said she wrote the initial draft of the letter and plans to submit it to Sheriff Brown next week. The I.V. Food Cooperative and UCSB A.S., as well as 22 community members, have signed the letter to show their support for the request to keep Plastino in I.V., according to Whisenand.

“It may be the Sheriff will say no, ‘We need to stick to the protocol’ … but he may say, ‘No, we need to give Rob another year or two’,” Whisenand said. “We are at a critical point right now … We want to make sure everything Rob has started is really going and moving forward because he is making a big difference.” 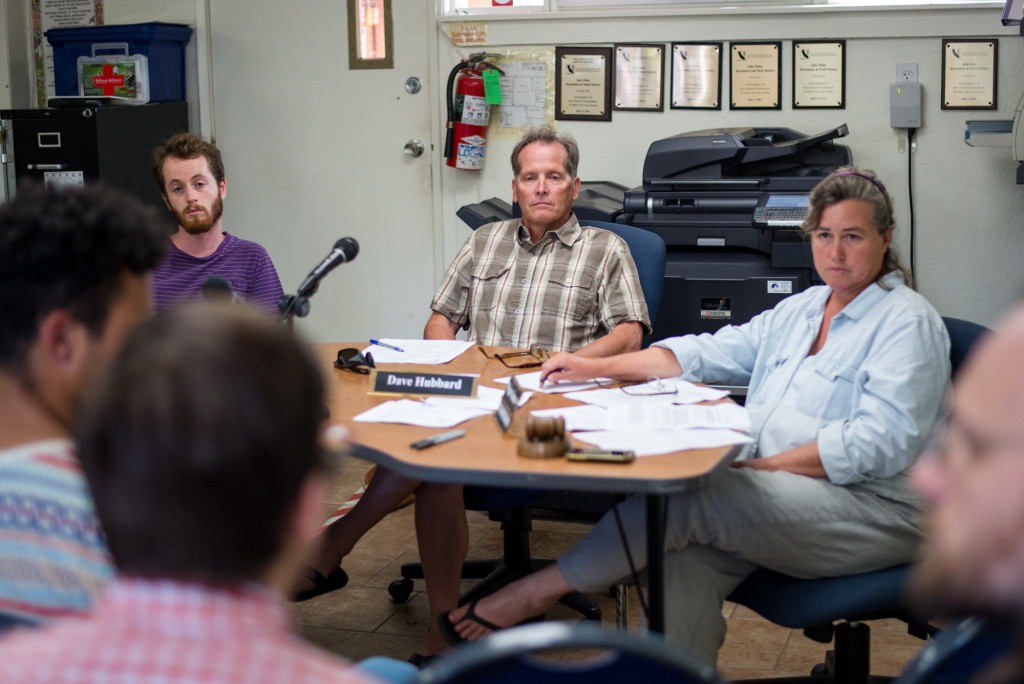 Long-time I.V. resident Pegeen Soutar also said Plastino has been an important influence behind the movement to improve safety in I.V.

“There is really great momentum behind building a safer community and I really feel the Lieutenant has been one of the instrumental people in helping to bring that about,” Soutar said. “The experience that he has, the bridges that he’s already built, I think will just be super important over the next year or two if we could keep him here.”

Plastino said if Sheriff Brown does choose to replace him he hopes he can offer input into which officer is selected to lead IVFP.

“I would hope that I would be able to work with that person and really spend some weeks with that individual to show them who the stakeholders are … show them the projects that we’re working on, get them up to speed on the community resource deputy that’s coming aboard,” Plastino said.

UC Police Department Lieutenant Mark Signa said if the Sheriff does choose to reassign Plastino, he trusts the replacement will be a “skilled and caring” member of the Santa Barbara Sheriff’s Department leadership team.

“Although I would be disappointed to see Lt. Plastino go, this is tempered by the fact it is an opportunity for him to share his talents with other parts of the Santa Barbara County and help him in the growth of his career,” Signa said in an email. “The Santa Barbara Sheriff’s Department has always recognized the importance of leadership for the IV Foot Patrol and chosen the best lieutenants for that position.”

According to Plastino, the Sheriff already granted him a six-month extension to remain in I.V. until January.

“If the Sheriff did want to move me, I at least have the next six months to really make some inroads into these new things that are coming about,” Plastino said “Even if someone new did come in into January, a lot of these things would already be rolling forward and it would just take the right person to step in, take my position here and have me work with them to really get them up to speed.”

Farr said while the community’s request for the Sheriff to extend Plastino’s term is unusual, she trusts he will consider the important role Plastino plays in I.V. 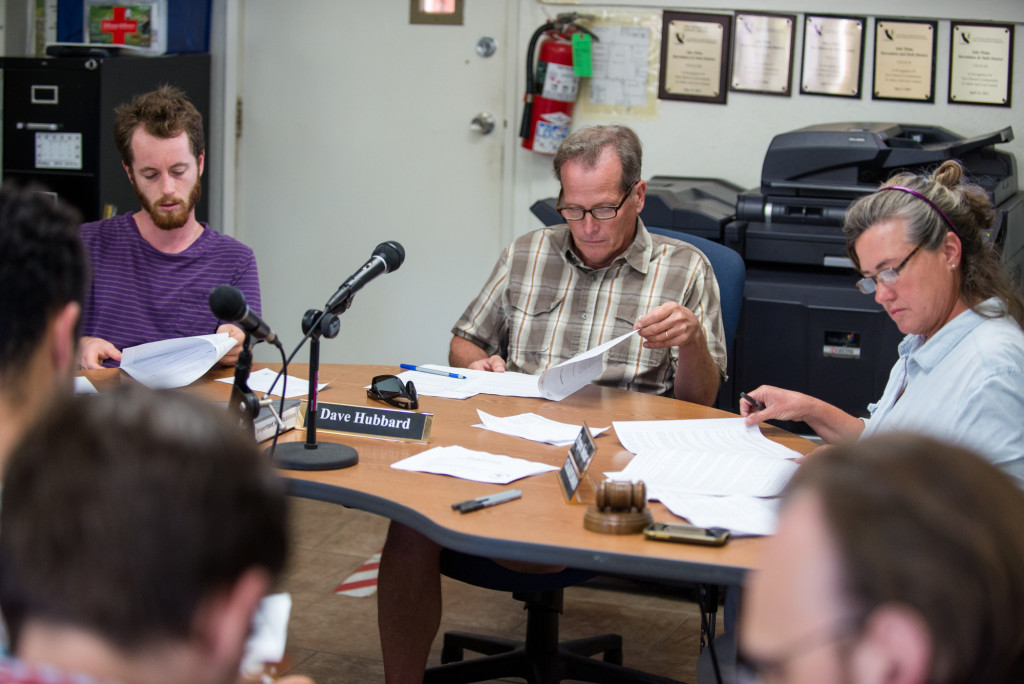 “I don’t know that he’s had this kind of request before. But I’m sure that he would take it very seriously because it’s in everybody’s best interest to have a strong community in Isla Vista, one that looks out for each other, one that is well policed without being overbearing,” Farr said.

Plastino said the credit the community has given him is not his own but rather the work of the entire IVFP staff and that, while he did have the ability to look for new solutions to issues facing I.V., these were brought about by a collaborative effort with community members.

“None of this work is the work of one person. This is not me. This is the work of all of the officers and deputies that work at foot patrol. It is also the work of our partners in the community,” Plastino said. “It takes that collaborative effort … being willing to change means someone has offered you a chance to change. That chance to change has been brought about by my supervisor, the sheriff [and] the people in the community that have come up with these great ideas.”

A version of this story appeared on page 1 of Thursday, July 30, 2015’s print edition of the Daily Nexus.

I love Plastino! He’s great. Also, I’m wondering how you got these news? I would like to know about this type of stuff before it appears on news websites.