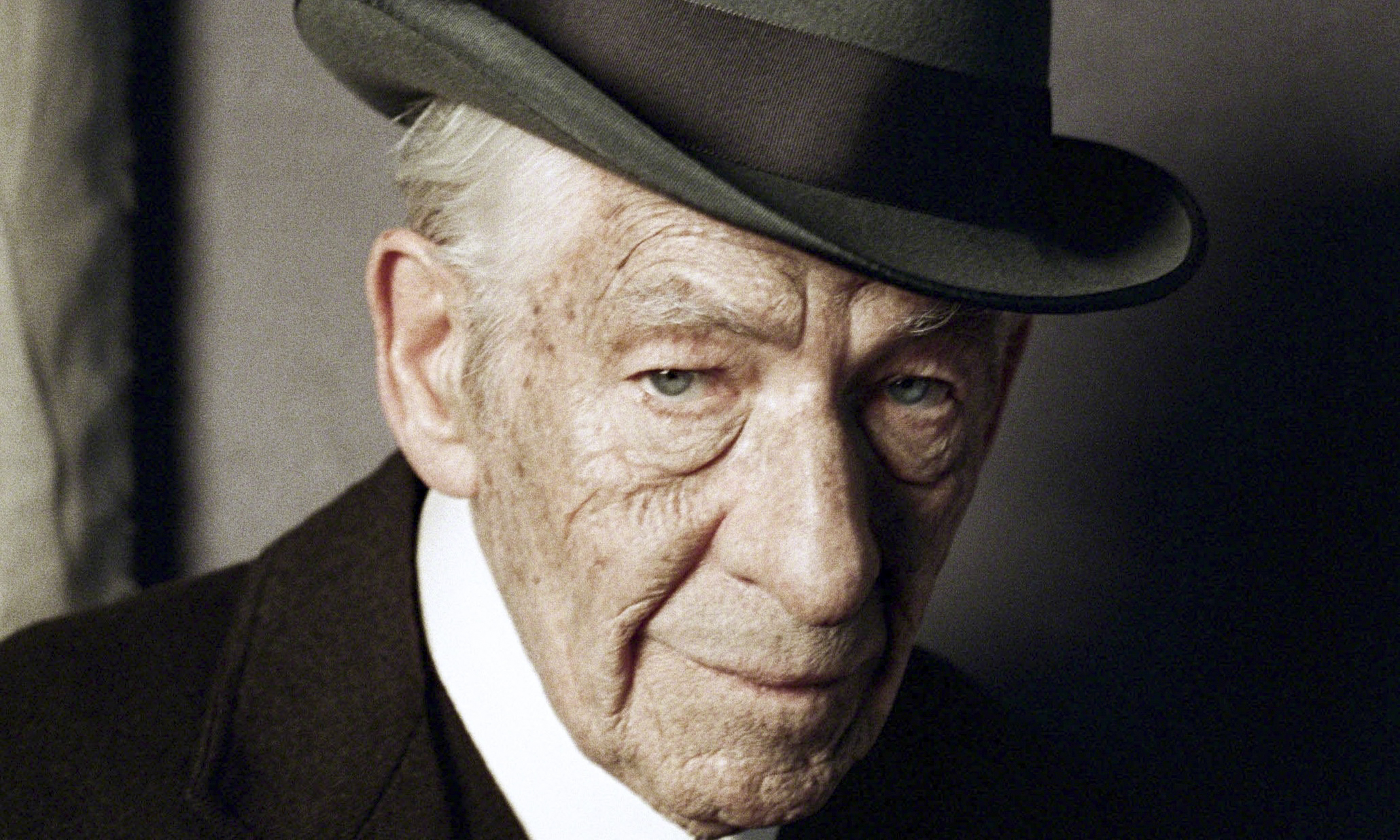 We’ve seen a lot of different versions of Sherlock Holmes over the years, from the stereotypical deerstalker-wearing version popularized and made iconic by the likes of Basil Rathbone to the much-adored, long-faced Benedict Cumberbatch. And in over a century of on-screen depictions, not one has been as utterly human as Ian McKellen’s “Mr. Holmes.”

In the titular film, Holmes is 93 years old, and has spent 35 of those years in self-imposed solitude as recompense for the results of his final case, a case he struggles to recall. He vows to remember and write the true account of what really happened, free from the fictional embellishments from the mind of John Watson that have characterized Holmes for the rest of the world. But this is not the great detective we knew; senility is kicking in and he hobbles on a cane. It’s a little heartbreaking to see a man of such genius have to write people’s names on his sleeves. Sometimes, this frail old man doesn’t even seem like Sherlock Holmes; rather, he seems more like your average doddering grandfather trying to maintain his charisma in the face of mental deterioration.

That angle itself unfolds wonderfully between Holmes and Roger Munro (played by the acting revelation Milo Parker, who bears an uncanny resemblance to “Game of Thrones” actor Thomas Sangster). Roger tries to immerse himself in Holmes’s world, making his own deductions and helping him with his beekeeping while Holmes tells him the details of his old life and tries to set the boy on the right track of life to prevent him from making the same mistakes he did. It’s a very interesting and new dynamic; we’ve, after all, have always had the Holmes-Watson relationship as the primary medium for showing the extent of Sherlock’s affection toward any human being in general. We’ve never had Holmes the grandfather before, a new concept that is played up quite convincingly. Make no mistake, however; Holmes has not turned into a teddy bear in his frailing years. He can still be cool and rely too much on his brain, rather than his heart.

Which brings us to the theme of this movie (ooh, a theme!) which is regret. Sherlock Holmes, is after all, known primarily for acting like a computer with legs. But deep down is a man who has finally realized in his old age that being so logical has hurt other people, himself most of all. For the first time, Sherlock Holmes comes to terms that there are consequences to his actions, good intentions or not. It’s one of the rare instances when the great detective actually undergoes some true development. Holmes is just a man and, like him, we’ve all forgotten.

To sum these points up, this is without a doubt Ian McKellen’s film. Through his knockout performance, he has brought us an immensely humanizing portrayal of such a beloved character that we oh-so-rarely gain true insight into. Sir Arthur Conan Doyle’s magnum opus has been radically redefined while still keeping to his roots and that in itself is amazing.

Keep in mind, however, this film is not an adrenaline-inducing thrill-ride like something that Steven Moffat or Guy Ritchie would be content to provide us with; “Mr Holmes” is very calm, full of melancholy, but does have a touch of mystery and crime about it. Granted though, some characters have intentions that come off as unintentionally nonsensical, but that does not weigh the film down to a significant degree.

To those who are wondering if this film is even worth their time … elementary, my dear friend. Elementary.

The guy who directed the last two Twilight movies did this? Alex Wehrung predicts that Bill Condon is on track for a Razzie Redeemer Award.