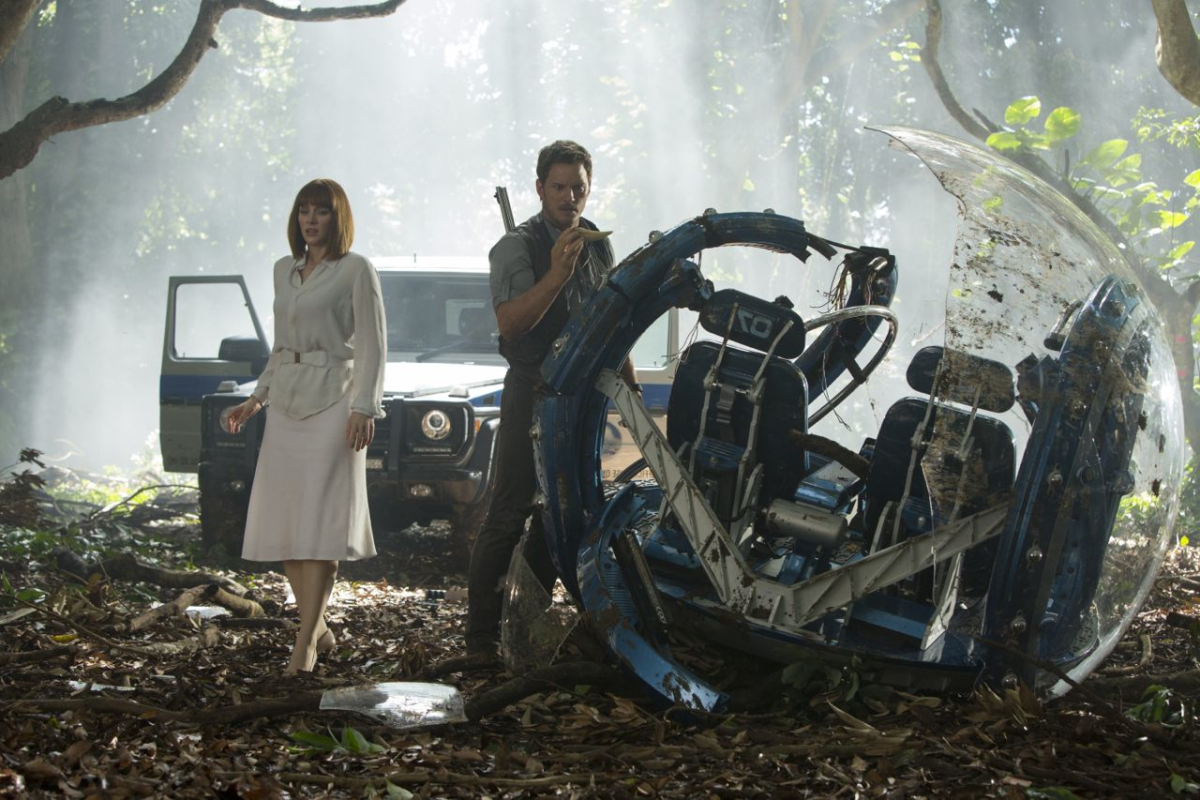 Whether or not the Jurassic Park die-hards hate this movie and the average blockbuster junkie loves it, I think we can all agree on one thing: It could have been a lot worse.

For one thing, you’d think that the people running Jurassic World would have been careful not to to repeat the mistakes of their predecessor by cheaping out on the technology (the cell phones never seem to have any reception unless a dinosaur happens to be close enough to hear them vibrating) and putting their most dangerous animals in the most easily-escapable paddocks. Though were the park administrators smart, we wouldn’t have a movie and Alan Grant would be calling up Ian Malcolm to tell him to shove his chaos theory mantra up his ass. So, I guess the main message here is to go along with the ride, no matter how eye-roll-inducing it can get.

But don’t let my cynicism dishearten you; it’s definitely a very enjoyable ride. For starters, the characters of “Jurassic World” are a considerable improvement from the chumps from the last two films (but perhaps I’m just relieved that Téa Leoni isn’t back to shatter glass with her screams). Chris Pratt, hot off the success of “Lego” and “Guardians” plays Owen, Jurassic World’s voice of reason, raptor-whisperer and one of the two or three actually competent members of the park’s staff. Bryce Dallas Howard is the short-sighted park manager who eventually comes around and tries to remedy her mistakes (all while running from dinosaurs in high heels). Her nephews come to the park, serving as both plot catalysts and mediums for a shoehorned divorce subplot that only manages to contribute maybe another minute to the film’s runtime.

But who cares about the characters, there are DINOSAURS! And lots of ‘em. One of the great joys about “Jurassic World” is seeing John Hammond’s vision come true; “Jurassic World” is everything that “Jurassic Park” was meant to be, and then some. There’s a petting zoo where children ride baby triceratopses, a SeaWorld-like stadium featuring the gigantic Mosasaurus, a much bigger paddock for the T-rex (the very same T-rex from the first film) and more. There’s also more dinosaur-on-dinosaur fighting in this movie than the last three films combined; the final confrontation had me grinning like an idiot, for it was so stupidly awesome.

“Jurassic World” also gets philosophical to a degree, satirizing the nature of franchises and how people want new attractions/sequels to be bigger, better and more eye-catching. This is reflected in the Indominus Rex (or as Jeremy Jahns rightfully calls it, the Holyshitasaurus), a mesh of multiple creatures that was created to boost park attendance. When the Indominus gets involved in the aforementioned final fight, without giving too much away, it’s almost as if director Colin Trevorrow wanted to remind the audience that “World” will never be as good as “Park,” but “World” is still fun, regardless.

But, as the internet has probably informed you by now, “Jurassic World” has a few glaring flaws. Let’s start with the villain. God, I hate this character. Not because of some well-written trait of his, that would imply he’s … well, well-written. Vincent D’Onofrio’s Vic Hoskins might as well have walked up to Chris Pratt, turned to the audience, and said, “Hi, I’ll be your mandatory douchebag for this feature,” his villainous demeanor is that obvious. He goes off on a plot to weaponize the velociraptors, which leads me to believe that Hoskins never watched an “Alien” movie, otherwise he’d know that trying to weaponize monsters with very large teeth usually gets you turned into a chew toy. Wait … oh my god, InGen becomes Weyland-Yutani!

The film’s attempt to prey upon your nostalgia via John Williams’s classic theme falls flat on its face initially (using that music in tandem with shots of a hotel is not epic, Mr. Trevorrow), and rebounds later (I won’t spoil it, but … squeeee!). But speaking of nostalgia, there are enough callbacks and Easter eggs to satisfy fans of the original film, but not too many as to seem desparate.

Ultimately, “Jurassic World” is an extremely entertaining flick that manages to stand on its own amongst other science-fiction films, but, as the movie itself makes abundantly clear, it pales in comparison to the original.

Alex Wehrung is anticipating the day when CinemaSins rips “Jurassic World” a new one.