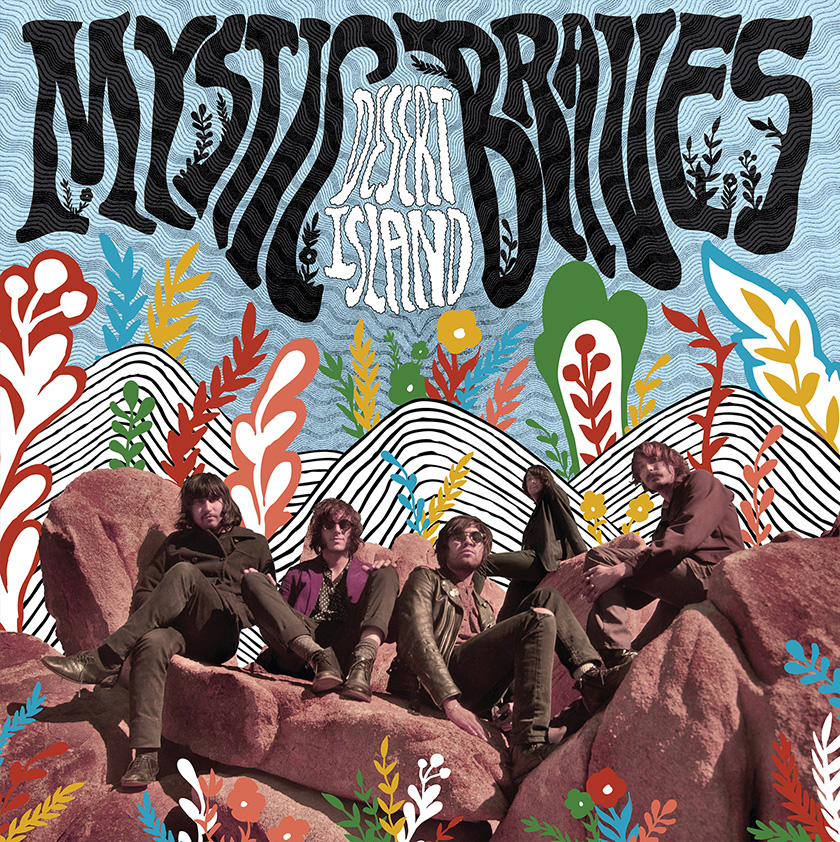 A fusion of food dye and rubbing alcohol coincided atop clear vinyl disks hooked up to projectors that refracted psychedelic spatterings of color onto the stage. On the side wall, a black and white spiral spun over portraits of Keith Richards and Mick Jagger. The psych-rock bill on May 28th at SOhO consisted of the Mystic Braves, Mr. Elevator & the Brain Hotel, Dante Elephante and DJ Darla Bea.

Santa Barbara natives Dante Elephante have become a staple opening for rock shows in the area. They riled the crowd up just enough using their signature electric riffs and passionately pitched yells.

For the set next, Mr. Elevator & the Brain Hotel keyboardist Tomas Dolas hung a twinkling tapestry on the keyboards in preparation of the delightfully trippy music to come. The stage was also adorned with empty bottles huddled before a sign ironically reading “ABSOLUTELY NO DRINKS ONSTAGE.”

Frontman of Mr. Elevator & the Brain Hotel Daniel Quintanilla said he thought the show produced a good energy and turnout. He also said the band’s distinctive moniker “is actually from a Donovan song where he says elevator and a brain hotel. It’s a pretty spiritual song and kind of sounded cool.”

It seemed the band borrowed more than a name from the spiritual singer. They performed songs off their album Nico and her Psychedelic Subconscious like “Nico” and “Right Where You Ought To Be” that hint at Donovan’s mystical, enchanting sounds

Between sets, the masses congregated on the outdoor patio to spark joints and light cigarettes. Inside, the Mystic Braves prepped for their upcoming set. Julian Ducatenzeiler, who plays the synth and tambourine for Mr. Elevator, doubles as guitarist and lead singer for Mystic Braves and played with both bands that night.

In addition to the trance-inducing jams being doled out, craft beers and whiskey sours helped fuel the crowd’s dancing, from receptive twists and wiggles to a mellow moshpit at center stage. Dancing came easily, and the level of energy exerted was directly proportional to standing distance from the stage — wigglers in back and moshers up front.

As the night neared its end, the audience frenzied and Ducatenzeiler said, “We’re gonna play one more song. Then another one depending on how we feel.” They ended up feeling pretty good and decided to play two songs. The audience felt pretty good, too, and was audibly sad to see them go. As they left the stage and the crowd dwindled out, the colors spattered on the stage, and slightly larger huddle of bottles were all that remained as evidence of the night’s bohemian charm.