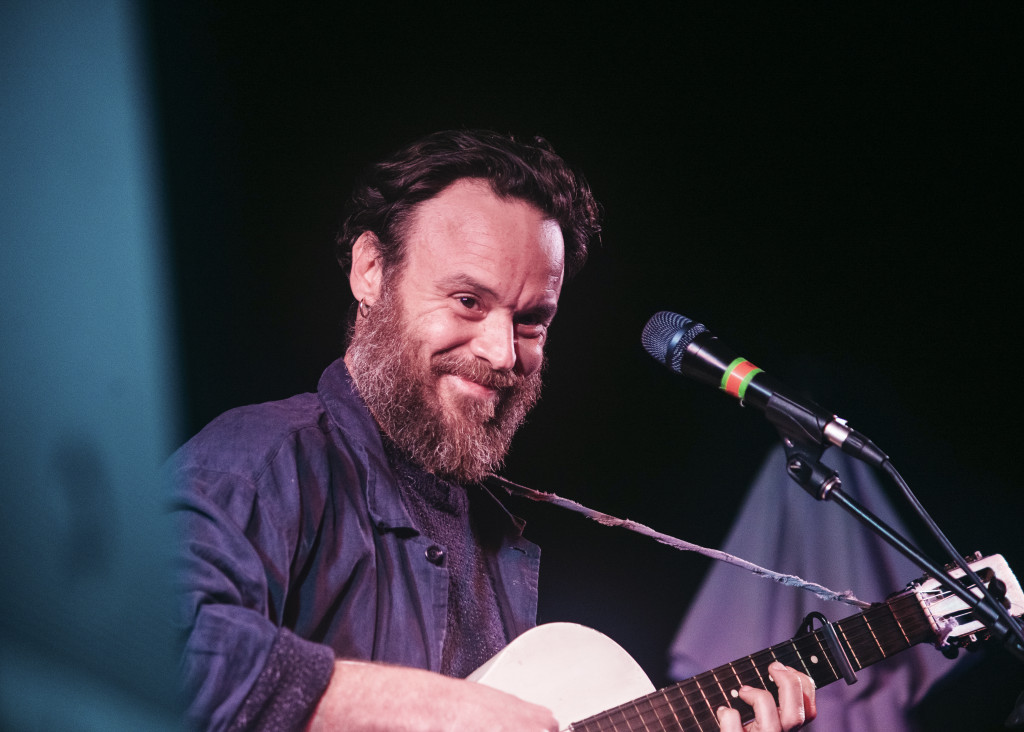 With summer quickly approaching, what better way to welcome in the month of June than with a poolside concert? Well, that is exactly what went down on Friday, May 29 at the Goodland Hotel in Santa Barbara, where KCSB held its final live music event of the year.

The concert presented Brazilian artist Rodrigo Amarante who, according to KCSB, performed solo for the first time on Goodland’s stage. Also present at the concert were Azeem Ward and The Cameo Band.

As said by the radio’s general manager Yibing Guo, this event was not only a concert culmination, but also a “commemoration of last year’s events and celebrating [the] resilience of [the] community.”

After Moby’s “Porcelain” finished playing over the speakers, Ward and his band, dressed in formal attire, stepped on stage and performed three jazzy musical pieces. Ward did a wonderful job, performed with energy and even managed to sneak some beatboxing into one of his songs.

By the time The Cameo Band performed their first song, the pool area filled up almost completely. The all-star reggae band’s two ladies harmonized beautifully in their songs about love. Their contrasting voices rang out with strength and resonated with soul and power. Ward also accompanied one of their performances. Other members of the band performed songs in the reggae genre as well, spreading an overall chill atmosphere across the audience as the sun set and the blue lights lining the stage lit up.

Finally, Amarante stepped onto the stage. The artist beamed with happiness as he sang in various languages such as Portuguese and French. Often times he would make direct eye contact with the crowd right in front of the stage, as if serenading them. His casual but quirky attire complemented his relaxed persona and incredible radiating energy.

Several times Amarante would stop between his set to comment on his songs, talk about his musical career, or simply crack jokes. “They say this I being transmitted on the radio waves. That’s actually good for me because it prevents me from saying all the stupid things I say.” And although the audience laughed at his openness and ease, no stupid things were ever said.

For first-year student Steph Fedoroff, the concert proved to be quite a wonderful experience. As someone who was previously familiar with Amarante through a band called Little Joy, Fedoroff was not left disappointed. “Really talented dude,” she said, “it was a nice little send-off for the year.”

Amarante has actually been affiliated with KCSB since last year when Guo, who was a music director at the time, reached out to his promoter to try to get him to play in the radio’s studio. After performing on campus in July, Amarante was offered to do a show with the radio. “Booking and planning these sorts of events take a lot of thought and planning,” Guo said. He was supposed to play in October in collaboration with MCC, but the end result, a solo show, proved to be “perfect” as described by the now general manager. “That concert was like KCSB’s gift to our community, an event for people to enjoy something different — uplifting, and soulful music and a space for healing.”